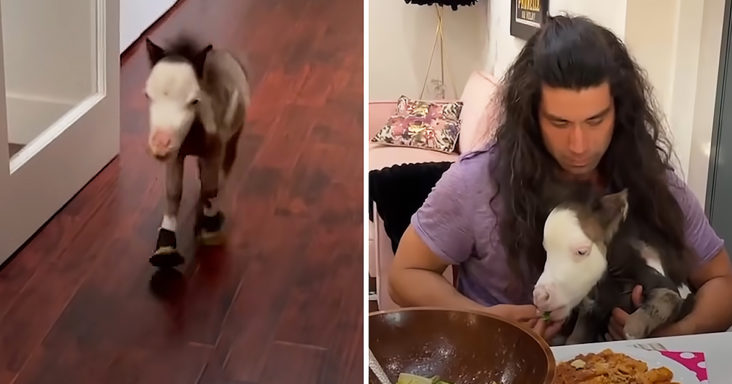 Pea is the sixteen-and-a-half-inch smallest horse in the world who is adopted by Adam and Faith, who are animal lovers. One day Faith receives a call from a lady telling her that her mare gave birth to a baby horse who was a dwarf.

When Pea was born, he was so small that he could not even reach his mother’s udder. His legs were crooked, and he could not chew anything. Hence, the vet had decided to put him down. She was told that she had to pick him up in two days if she wanted to save the horse.

Faith drove across the country and brought him to a hotel, where she cleaned him and made him sleep on the bed. The next day when she reached home, she fed him. Pea loved to eat, and that is when she realized that this little horse would indeed survive. 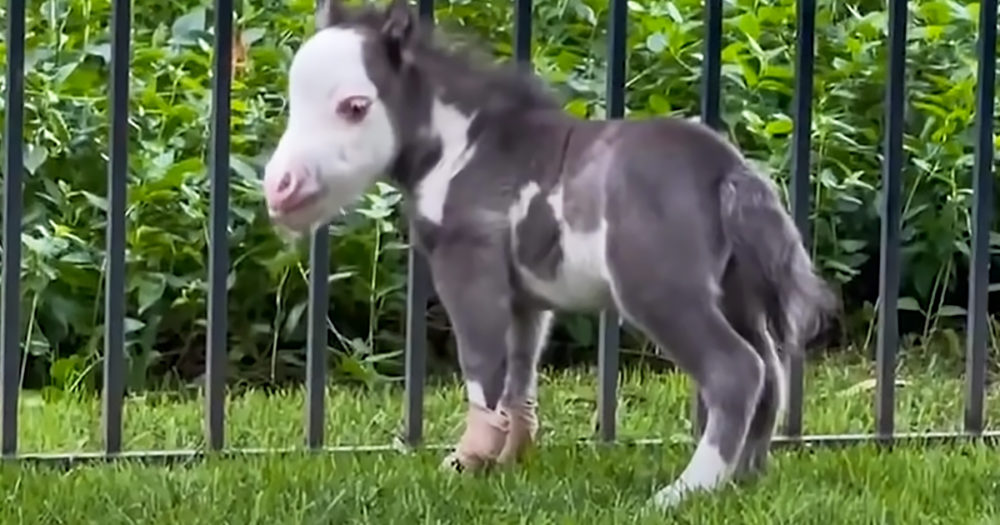 Faith got Pea’s feet treated. His feet got better with time, and he is a healthy horse now. She even got him shoes made. Now his legs are straight, so he can run around the house and the yard. Even his head grew in time, so now his jaw also got aligned.

Pea likes his new home and loves to play with his new friends, who are all dogs. Faith thinks that Pea must think he is a dog because of his new friends.

The other thing Pea is very fond of is Faith’s husband, Adam. He loves him a lot, and the same goes for Adam. They are always together; even when Adam goes out, he follows him around.

Pea is hilarious and sassy and loves to play with things in the house. He throws things all over the place like a little baby. Faith and Adam are Pea’s parents, and the other animals are his siblings, who he loves a lot, and so do they.