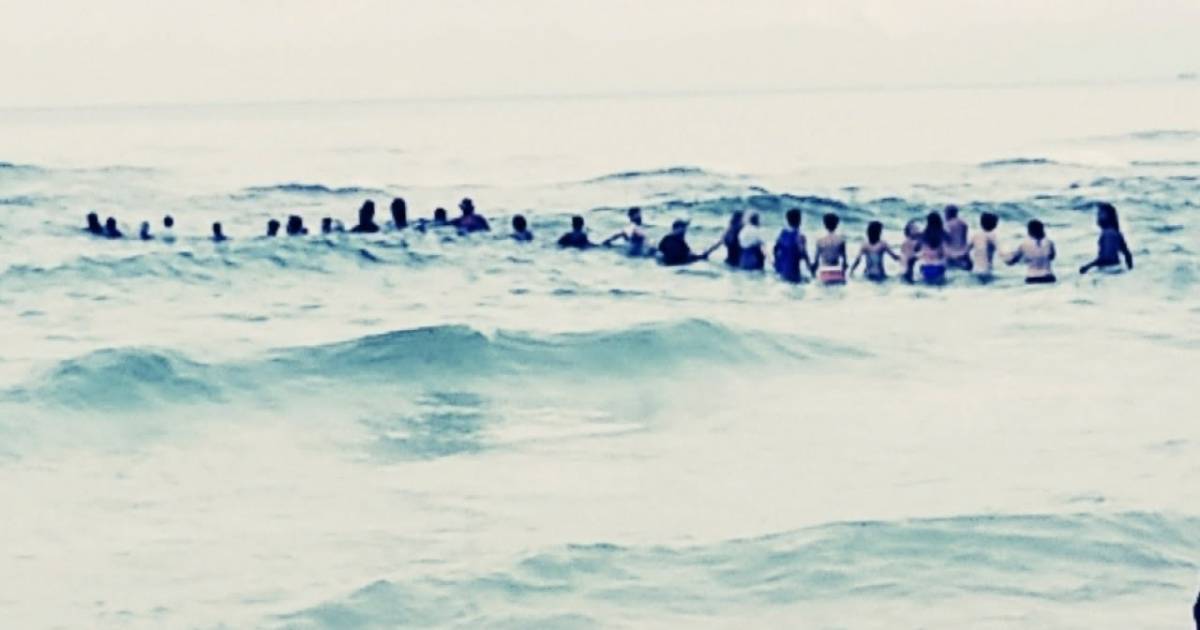 It was a beautiful beach day in Panama City, Florida, and there were plenty of people out enjoying the water. About all you could hear was the crashing of waves and the sound of children laughing and playing. Things soon took a turn toward high drama.

A couple of tourists saw something out in the water, and when Jessica Simmons looked where they were pointing, she thought it might be a shark. But then she heard people crying and screaming: they were caught in a vicious riptide. 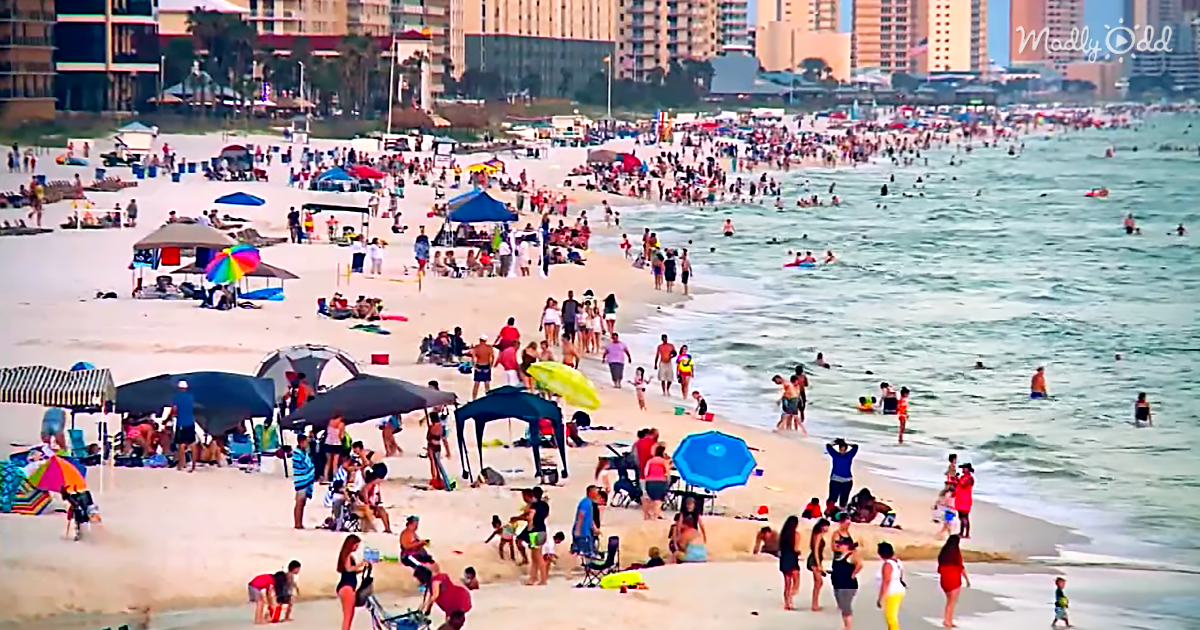 Two boys had been swept up in the powerful current, and when their mother Roberta and other relatives swam out to the rescue, they were trapped, too. Now an entire family of 9 was in danger of drowning. There weren’t any lifeguards on duty that day. But Jessica said to herself, “These people are not drowning today, It’s not happening. We’re going to get them out.” She was a good swimmer and headed out there with a surfboard.

There were other people at the beach who were equally determined, and one of them came up with an excellent idea: form a human chain. More than 80 people formed the chain, firmly holding on to the hands of each other so nobody would be swept away by the riptide. 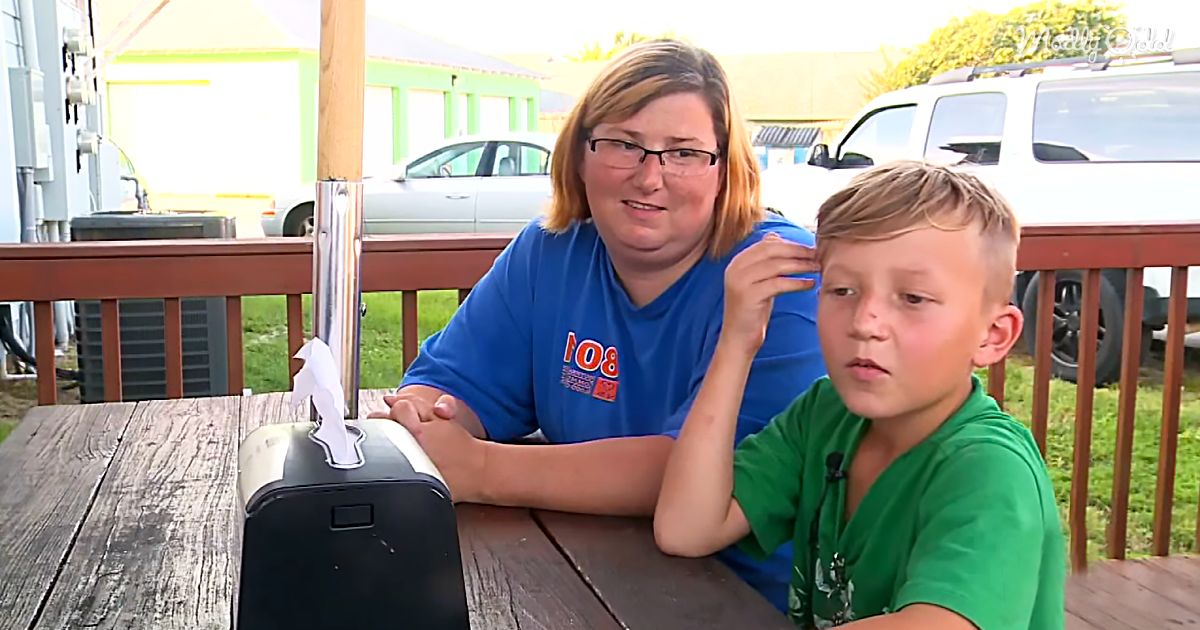 During the rescue process, Jessica, who was at the front of the chain, saw that Roberta’s mother wasn’t doing well: she’d swallowed a lot of water and was exhausted; she asked Jessica to focus on saving the others even if it meant letting her die. Jessica wasn’t going to let that happen, so grandma got rescued, too (she had a major heart attack during the ordeal, but fortunately, an ambulance was already on the scene by the time she was ashore).

Once everyone was back on dry land, a large crowd cheered and applauded for the courageous people who had just saved an entire family. Check out the video of this dramatic rescue that’s posted below – you are bound to be proud of your fellow humans who banded together to save a family of strangers. 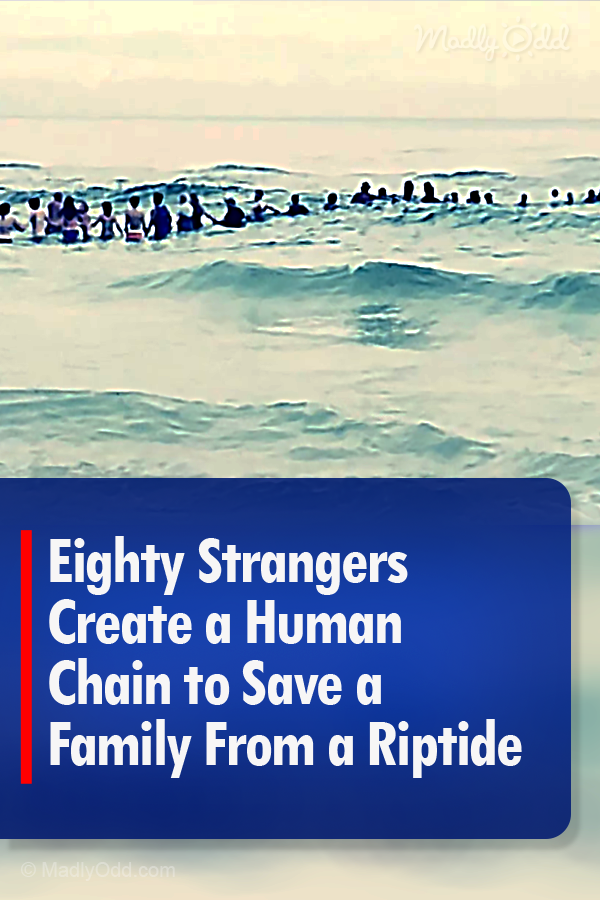