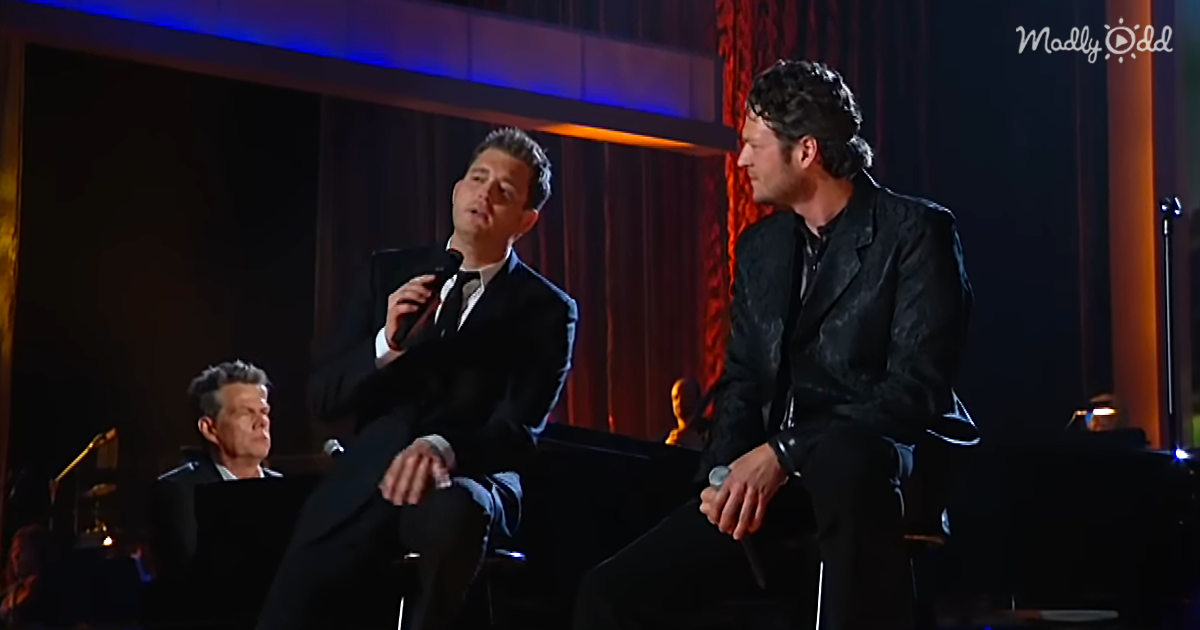 The first few seconds of David Foster throwing comedic jabs at Michael Bublè will have you in a great mood even before Blake shows up. Michael is asked to sing ‘Home’ a song he wrote and performed but covered famously by Blake Shelton

He answered by singing in the worst country accent ever heard. He didn’t know that in just a few moments the country legend himself would show up. Blake Shelton arrived for Bublè’s duet confident and amused by the feeble attempt put on in jest by everyone’s favorite Christmas star.

Once the two sat for a serious duet, Michael’s distinctive soft tones came out pairing perfectly with the bold, Southern sound of Blake. Their mashup was quickly becoming an unforgettable performance, with harmony well-suited to the duo. Each of them sang this song in their unique style, pairing so well that you’d easily think the duet was written for their voices.

This performance came as a part of an encore to celebrate the astounding career of songwriter and producer David Foster. With fourteen Grammy Awards and numerous other titles & honors, he is a true icon of contemporary music. The same night hosted an array of stars including but not limited to Andrea Bocelli, Bryan McKnight, Josh Groban and Celine Dion.

After witnessing two of the greatest singers of this age pay tribute to one of the greatest songwriters ever to have lived, you’ll have an inspiring memory that’ll last a lifetime. There was no anticipating just how jaw-dropping this duet between Michael Bublè and Blake Shelton would be. ‘Home’ sounds sent from heaven when harmonized by these two!