Zak Anderegg found Riley on June of 2010 when he was out hiking alone. They poor dog was stuck at the bottom of a 350 feet deep slot canyon. He was just a puppy when he got found in that pothole. He was malnourished and in a very harsh condition with no food or water to rely on. So Zak even climbed out to go get him some.

Zak thinks someone left the little guy in there on purpose; he couldn’t have gotten there on his own. After leaving some food and water for the dog, Zak returned the next day to come and get him. After his rescue, he took him to the vet. In time Riley began to recover with the help of his family and big brother. This video will no doubt touch your heart. 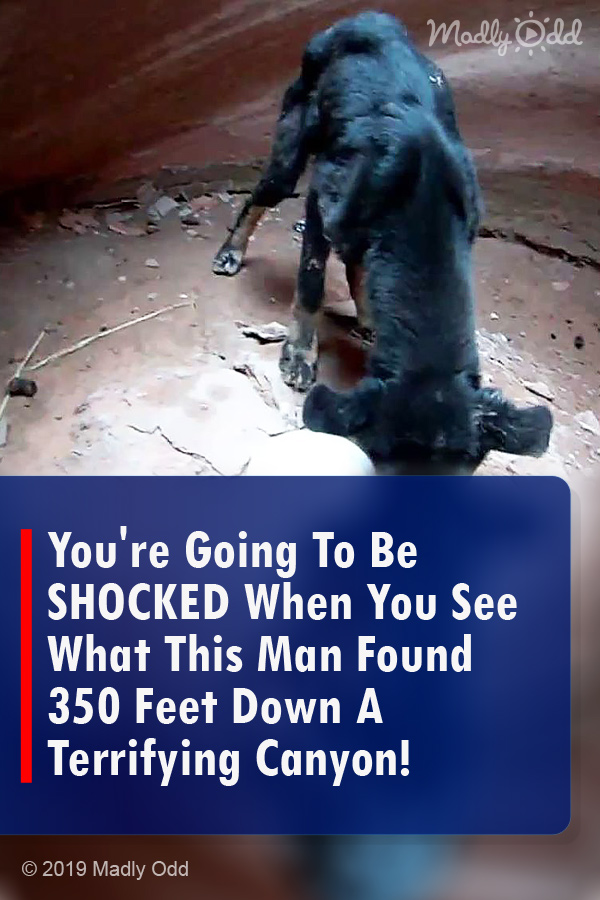