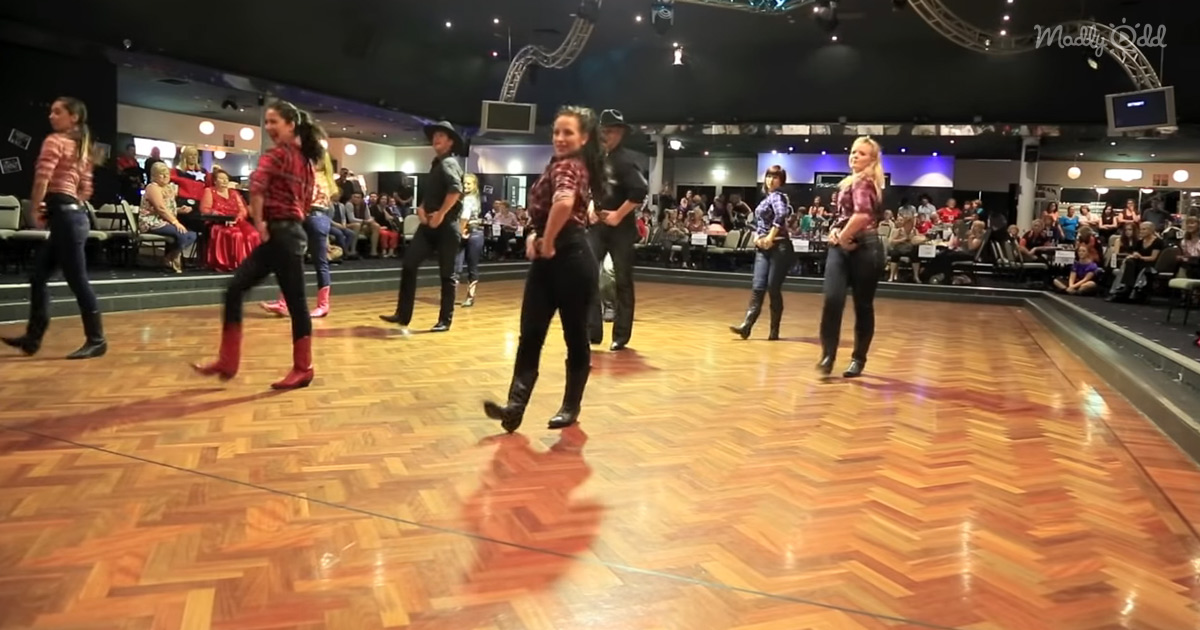 Line dancing is a hugely popular style of dance practiced by people all over the world, even in Australia where this video was captured at the New South Wales Line Dance Competition. You won’t be surprised that this particular routine went viral after seeing these cowboys and girls fire it up on the dance floor.

In a traditional line dancing routine, groups of performers stand in a line and execute repeating steps in tandem, either facing one another or all dancing in one direction together. At the New South Wales Line Dance Competition in 2013, held in Sydney Australia, one group’s performance stood out among all the rest.

The Hotfoot Line Dance Team, featured in this video, chose to choreograph their routine to “Fake I.D.” by Big and Rich (ft. Gretchen Wilson). In a surprising twist, the dance starts off with one solo cowgirl on the floor, prompting the rest of the team to join one by one, almost in a flashmob style.

Featuring toe taps, turns, heel digs, and pivots, the dancers of Hotfoot Line Dance Team deliver an exceptional performance that looks too good to be true. But if you want to join in on the action, all you need to do is find your own “step sheet” and the video to go along with it online, and you’re on your way towards putting together your own line dance team.