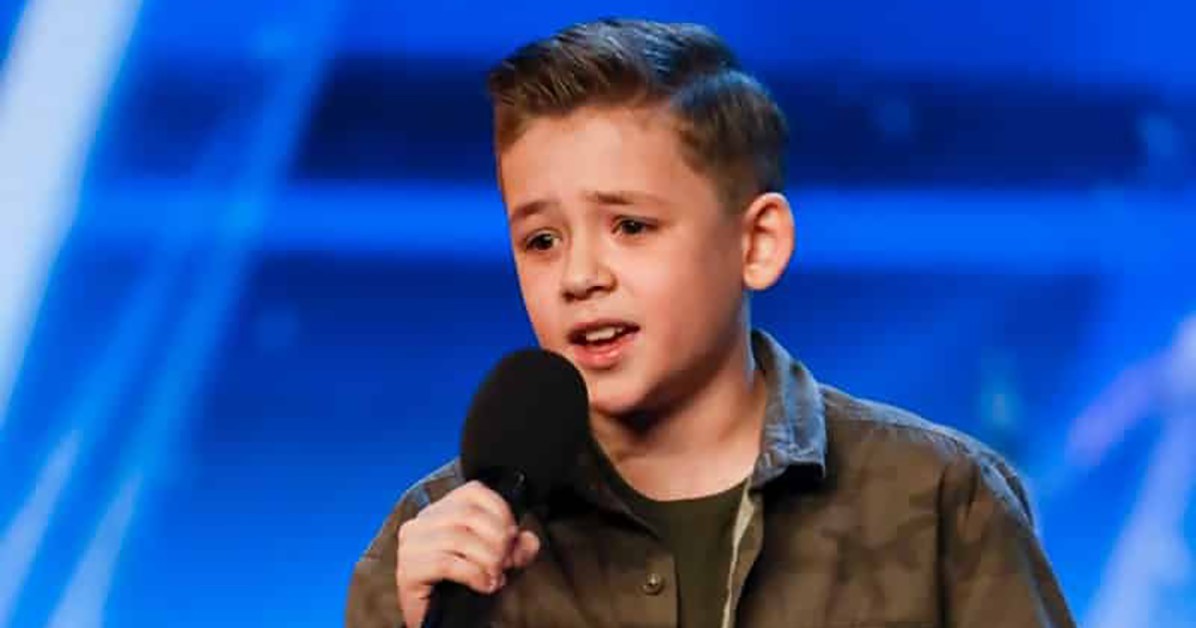 Sit yourself down and watch this to the end, but keep a box of tissues handy! The kids are sometimes the most natural performers.

Calum Courtney comes across as a precocious ten-year-old boy from Essex, but as he talks about the influences and background to his singing, you realize he has a real fire burning for and this before you’ve heard him sing a note. A nice touch is the family connection (his gran was in the West End), and this is reinforced by the crowd of relatives that came along to support him.

There’s an air of confidence to the young man as he introduces himself (and his family) to the judges, and there’s no surprise why that’s so when the singing starts. You really have to check this one out for yourself to appreciate the vocal range and stage dynamism the little chap has.

His performance similarly wowed the judges. David was first to comment, “Wow, what a big song for such a little guy.” So true – I’ve had to replay the video a few times as Calum really holds the audience in his hand as he sang.

Amanda backed up David, especially as Calum struggled to hold it together (I did say to have some tissues to hand…). “That’s one of the biggest reactions we’ve had from anybody standing on a stage, especially when they are ten,” and Simon wrapped up the feedback with “You’ve got soul… this was special, this was really, really, really good, and I like you a lot”.

It was nice to see the appreciation evident from other viewers. One said “He’s one of the most adorable kids that has ever walked across that stage,” and another viewer commented “A real heart melter and can he sing :-).”

If you want to appreciate some raw talent with a huge future check out the video here: