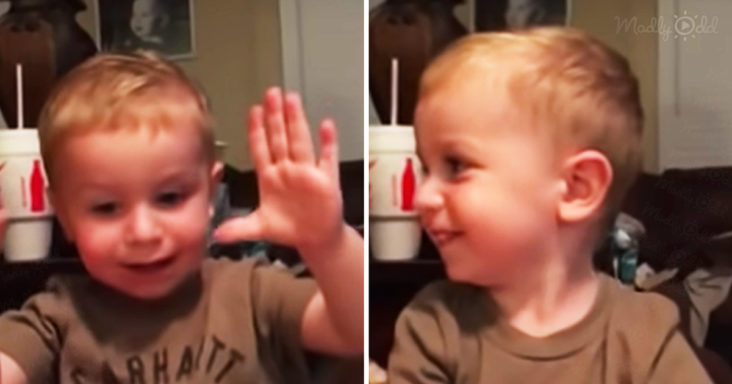 On a couch, a wide-eyed young boy tells a story about a cow, but not the one his parents are asking about. The adorable child’s name is Olan; he is two years old and loves to share his experiences.

Both of his parents are with him, and they ask him about the time a cow did something to him. With his lovely southern drawl, Olan starts to talk about the time he rode a cow, and it bucked him off.

His eyes looked far off into the distance as he recalled the harrowing moments the cow wouldn’t go down. He used his body to help tell his story. 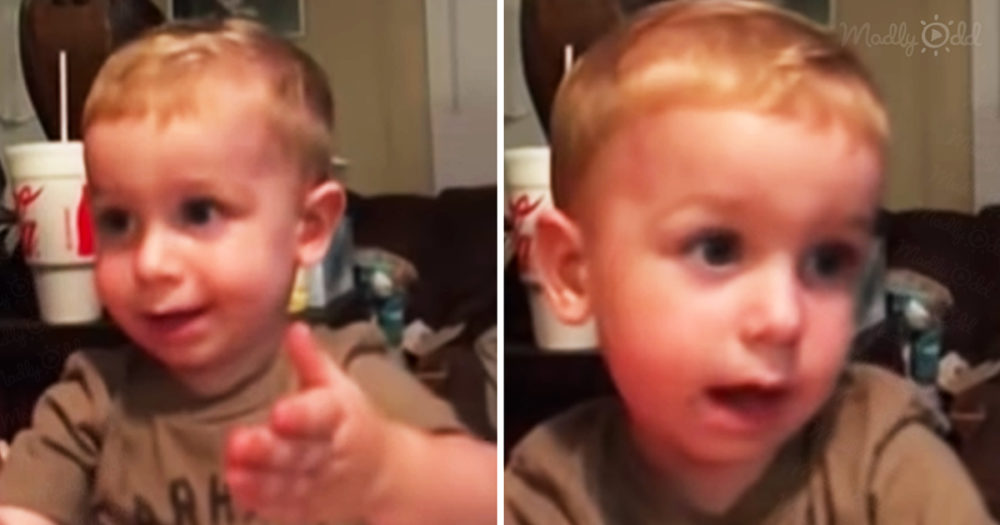 Olan would shake his head and move his arms to capture the attention of his parents. When his parents asked about what the cow did to his shoe, Olan reminded them that it was a different cow.

A cow had licked Olan’s shoe and ate it, but he didn’t want to talk about that. He seemed a bit disappointed that his parents kept asking about that cow.

All Olan wanted to do was talk about the awesome time he rode a cow. Thankfully, he was able to share his entire experience.

It was an exciting tale full of action and disappointment. Olan was clearly unhappy that the cow bucked him off, but he was glad to have finished his story.