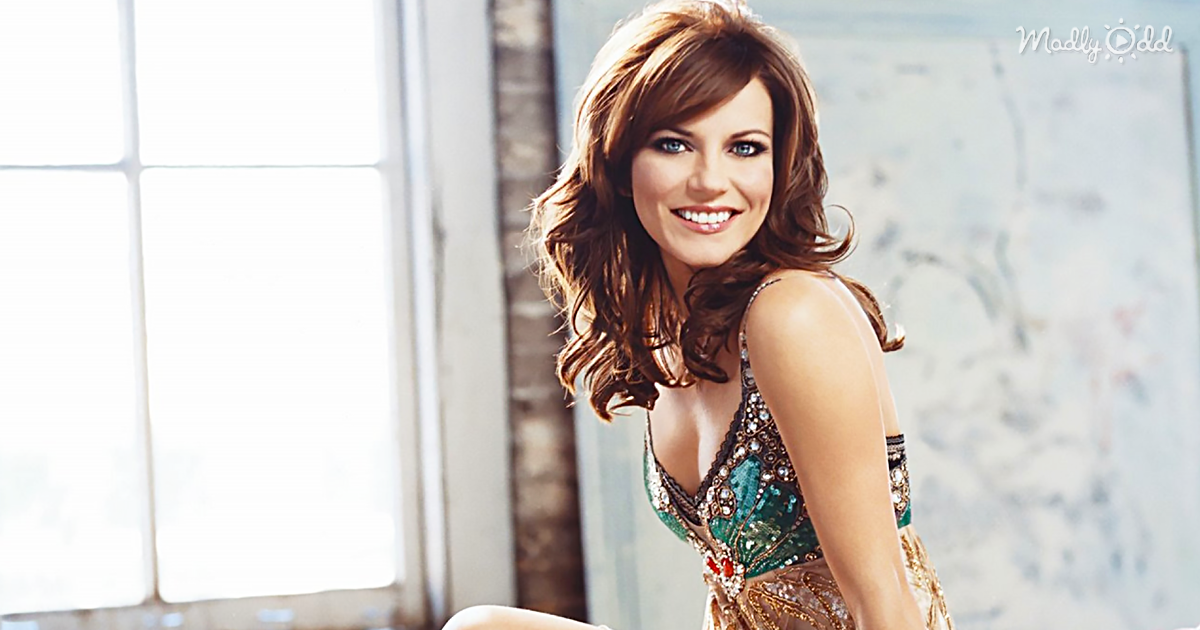 One of the best things about all the tracks on this list is that there’s a very good chance that you’ll know all the lyrics. As the ultimate collection of sing-a-long country hits, we’ve put together songs that became so popular that the whole world knew them by heart. This is country music, and good times, at it’s best.

Alan Jackson’s 1994 hit may have missed the win after being nominated for the Grammy Award for Best Country Song. However, this song filled with colorful commentary on the country music scene went on to become the most talked about country track of the year.

“She’s In Love With The Boy” by Trisha Yearwood

Trisha’s single featured a video that carried the same homely feel as her ballad that rose to number one on the US Hot Country Singles & Tracks. Farmlife and romance suited her breakout image, leading to the massive success of her first self-titled album.

With this country classic, John warns listeners to never let their chance at love slip away through a simple act of inaction. His simple song and humble video received mixed reviews despite becoming a fan favorite.

“I Like It I Love It” by Tim McGraw

McGraw’s ’95 country megahit ran atop the charts for five consecutive weeks, making its way onto all his compilation albums after what started as a cold reception by the start was given a final cut, transforming the track into something he liked and had fun with.

“This Kiss” by Faith Hill

Faith Hill made her impact on the 90s through many songs, but few are as instantly recognizable as this catchy love song charting as her fourth number-one single.

This ’93 hit sang a sold of pride for Texas, with Tim Rushlow declaring that Texas is so great that God must have given it extra attention. With a video featuring the Dallas Cowboys Cheerleaders and lyrics that Texans loved from the first line, “God Blessed Texas” is country rock treasure.

“Check Yes Or No” by George Strait

The sweet song of two young lovers who are falling for each other is a track that melted hearts around the world. After all – who hasn’t written their childhood sweetheart a love letter?

“Is There Life Out There” by Reba McEntire

Serving as the soundtrack to the feature film of the same name, and a film starring Reba herself, “Is There Life Out There” was a success as both a country hit and a movie.

“You’re Still The One” by Shania Twain

Despite missing Song of the Year for ’99 to Celine Dion’s masterpiece “My Heart Will Go On,” Shania still took two the Grammy Award for Best Country Song and Best Female Country Vocal Performance.

“My Maria” by Brooks & Dunn

The 1973 original by progressive country legend B.W. Stevenson and a notable songwriter Daniel Moore was covered by the popular duo, reaching first place on 1996’s US country chart.

The rebellion that one picks up in this son was actually the result of singer-songwriter Susan Gibson who was the lead of The Grobees. Their original was written in 1993 but picked up by the revolutionary trio in 1998.

1993’s Country Music Association Award for Music Video of the Year and the CMA for Song of the Year went to Martina McBride thanks to her contemporary country hit that soon became a beloved classic.

“Hypnotize The Moon” by Clay Walker

The honky-tonk sounds of Clay Walker were a staple of country music in the 90s, with this song highlighting his smooth voice and contemporary approach to ballads.

Not only is this country chart-topper one of Carpenter’s most successful songs, but it is also one of her most sentimental.

Rick Trevino delivered an emotional rendition of a song written by a man responsible for fourteen number one hits – Mark Daniel Sanders. The name came about due to Mark loving the novelist Bobbie Ann Mason’s work.

The title to this track was left as the punchline to a joke on the answering machine of a young Pam Tillis. Intrigued by the play on words, she developed the track theming it on an embattled relationship which had a firm focus on just how strong denial can be.

“When I Called Your Name” by Vince Gill

With Patty Loveless providing backing vocals, the Vince Gill 1990 hit climbed the country charts all the way to number two in the US. Between his pure vocals and the brilliant songwriting of Gill and Tim DuBois, the track reached iconic status.

Both songwriter Matraca Berg who co-wrote the track and Deana Carter found career success with this amazing ballad. The number one hit is a song that compares innocence to strawberry wine, point at just how sweet love can be.

With a heartwarming video shot at the Saddleback Saloon in Sealy and a sound that defined old-school country, Clint killed it with this track that placed as number two on the Hot Country Singles chart for ’89.

The country classic “Drive South” arrived off Suzy’s second album “Voices in the Wind” and ended up the artist’s highest-charting track placing a number two just behind Lorrie Morgan’s “What Part of No” for ’93.

“I Try To Think About Elvis” by Patty Loveless

This song of distraction was so catchy that it charted for twenty weeks. The ’94 hit was written by Gary Burr, a songwriter who is famous for his many top-10 hits, including songs like “Love Is” for Ringo Starr and Reba McEntire’s “Till You Love Me.”

Falling in love is compared to hurtling at high-pace downhill without holding onto the handlebars in this country music hit from 1992 by the legendary Randy Travis.

“The Dance” by Garth Brooks

When Garth Brooks was asked to look back at his success in a BBC interview, he attributed much of his early acclaim leading to the career that he maintains to two tracks, “The Dance” and “Friends in Low Places.”