Back in 1968, a very clever and forward thinking young man named “Don Hewitt” came up with an idea that would change the way we watched news on the television. The program he created was a simple little thing called “60 Minutes” and would go on to be screened all over the world for the next 5 decades. He wanted a program that would be set apart from other news-style shows and would be reporter-centered rather that anchor based. This formula has proven so successful that the show has been franchised to many different countries.

Its format of on-field-presenting has become so popular that many other programs now use it as a base for their own presentations. Interviews are conducted in-situ, rather than in a studio, wherever possible so as not to lose the feel of the subject matter. The journalists on the show are highly skilled and respected by their peers around the globe. 60 minutes demands respect, and gets it.

The presenter in the clip below, an intrepid journalist named “Sean” decided to take on one of the most difficult assignments of his career. The story would revolve around “Juliana” and her involvement with two new-born-twins that had suddenly appeared into her life. These intruders were the cause of some concern for Juliana, as she felt they were encroaching onto her turf.

Sean’s informant, for the sake of this piece we will call him “Dad”, had told Sean of the trouble that may be
brewing in the streets of this quiet little town, like any good investigative “Journo” Sean set about getting to the bottom of this mysterious case. It seemed that there may be some “Sibling rivalry” on the horizon and Sean was determined to uncover the reasons why.

Yes, I know, it all sounds so serious, but when you see the clip below will won’t be able to stop laughing.
1-year and 5 month old Juliana’s parents had just brought home her newborn twin baby sisters from hospital and she was a little out of sorts, so dad decided to ask his friend Sean, to conduct a little interview with the toddler to see how she was coping with the intrusion into her “what was so normal” life.

It is apparent from the start that Julianna is not to impressed with her new sisters and that things were just great before they came home. Who’s the most important member of the family? Asked Sean, and without hesitation Julianna says “ME”. She then repeats this a few more times just to get her point across, this tell-all-interview was not going to get away from her. 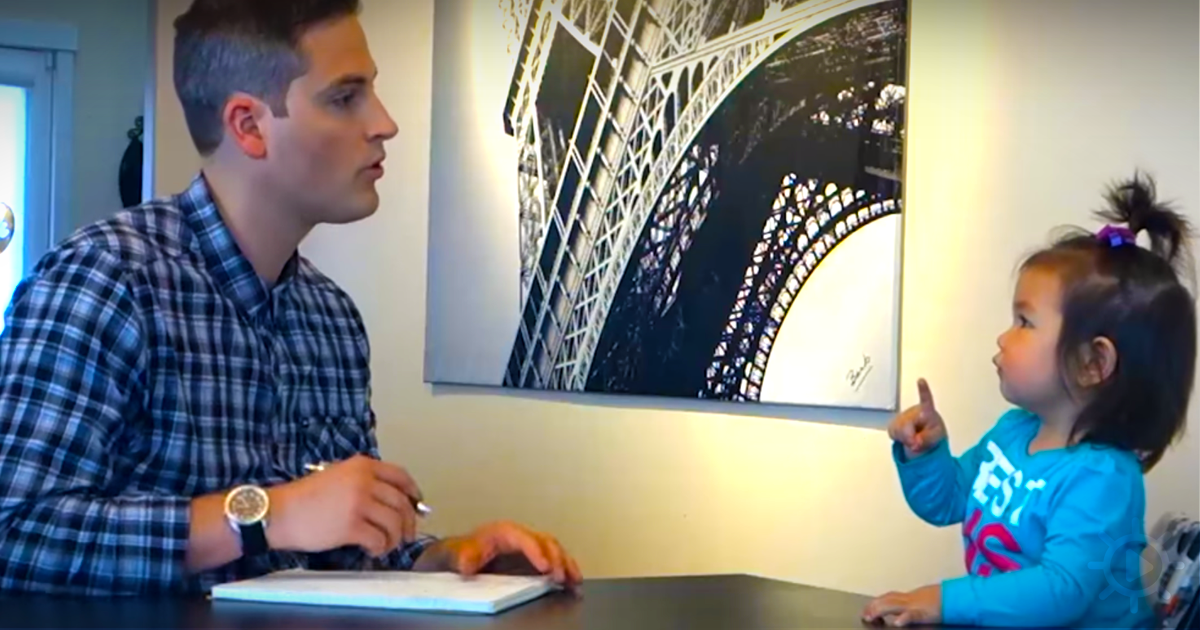 As you watch this hilarious video you realize just how funny kids can be. The things that come out of the mouths of babes are surly a blessing in disguise