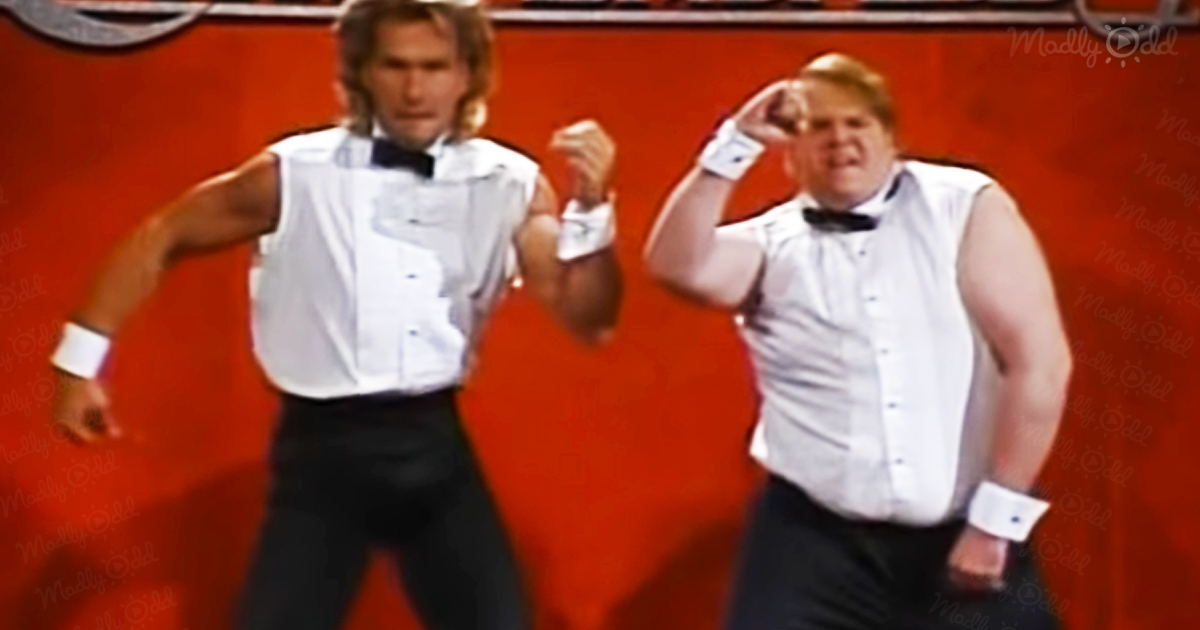 Patrick Swayze and Chris Farley appear on Saturday Night Live for one of the funniest sketches of their career. Two young actors in their prime are judged on their wild, sexy dance auditions, trying their best to become a Chippendale in this season sixteen SNL special.

Chris Farley’s sheer athleticism will astound you as the two over-the-top personalities go toe-to-toe in an unforgettable dance audition. You may recognize the judges, who remarkably manage to keep it together as these two put on a risque dance that’s even more comical than it is alluring.

Once you see Patrick Swayze and Chris Farley performing a Chippendale audition skit on season sixteen of Saturday Night Live, you’ll be calling for more classics from these two stars. Together on SNL, they’re hilarious, showcasing two of Hollywood’s funniest in their youth and prime.