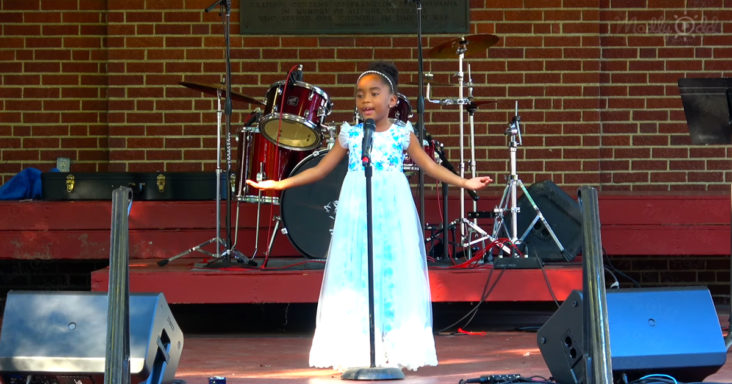 Victory Brinker is known for being the first person in the history of America’s Got Talent to win all three golden buzzers. At just 8 years old, she has repeatedly wowed audiences with her stunning opera singing and unbelievable vocal range.

However, around 2 years before she became famous on AGT, she was turning heads at Franklin’s Taste of Talent in her home state of Pennsylvania.

In this performance, Victory wows the crowd with a stunning rendition of the song Think of Me from Andrew Lloyd Weber’s hit play The Phantom of the Opera. 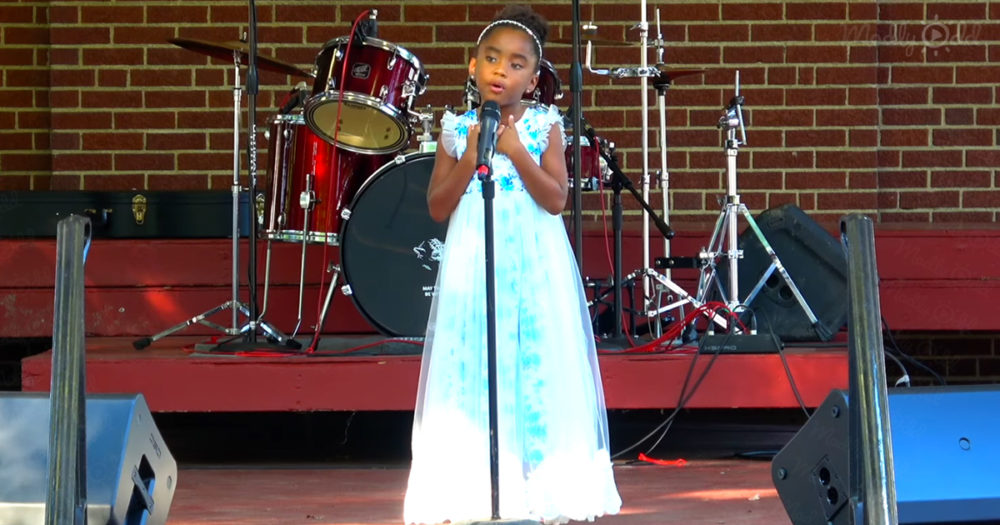 Looking a little shy but confident nonetheless, little Victory recreates the song note for note, never faltering once even on the high notes. She ends the performance to a resounding ovation, bringing a smile to her face.

According to Victory’s mom, the little girl grew up singing “morning, noon and night” and has been performing for her family, including 10 siblings, ever since she was a toddler.

“When you see your child do something that they love, it’s so overwhelming to watch that,” Christine said. “Just to see her jumping up and down backstage, she could not wait.”

In addition to being a child prodigy in classical singing, Victory can sing in seven different languages. She has performed on NBC’s Little Big Shots, at Carnegie Hall, various NBA basketball games, and the Pittsburgh Pirates’ home opener baseball game.