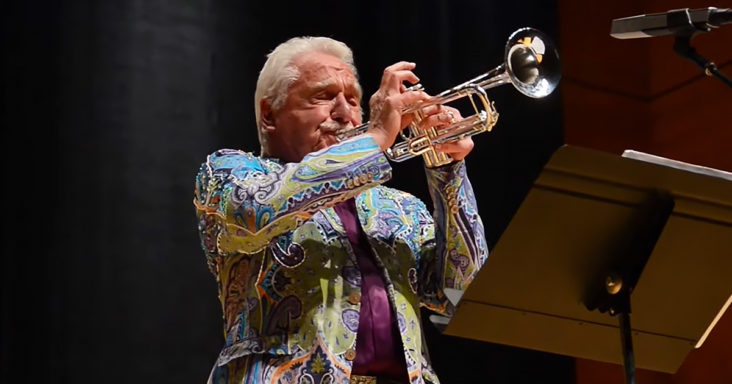 Doc Severinson joined the United States Coast Guard band to show everyone that at 89-years-old, he can still command an audience unlike any other. Doc conducted the band between performing his trumpet solos to wow the audience with his talent and powerful sounds. 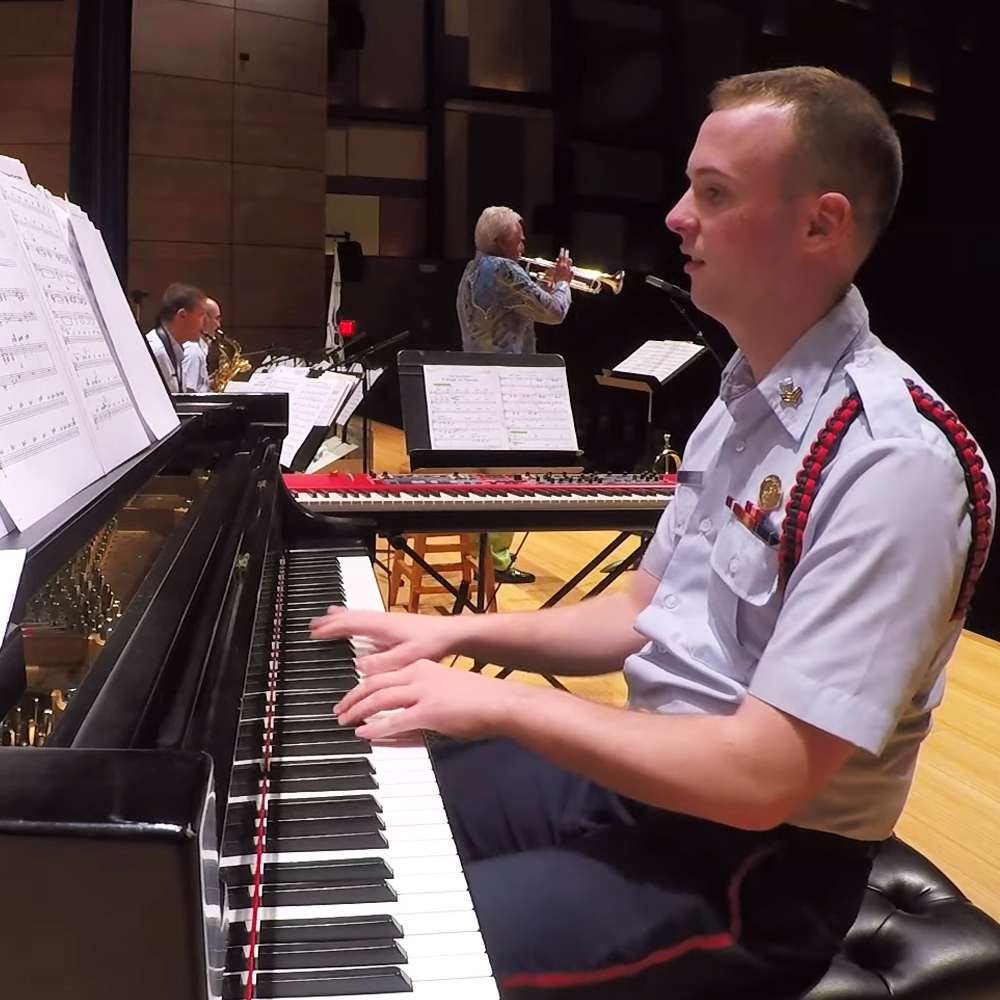 Doc was a well-known trumpet player on ‘The Tonight Show,’ with many viewers commenting how they would stay up late just to watch him perform. His musical talents continued to wow as he joined the Coast Guard band to showcase that he still has terrific skills years later.

The Coast Guard band also did a great job accompanying Doc. Their own talents complemented his and allowed the band and soloist to alternate seamlessly as they played “I Want to be Happy” by Alan Baylock. The band members obviously enjoyed themselves, with heads swaying with the music and toes tapping to the beat. 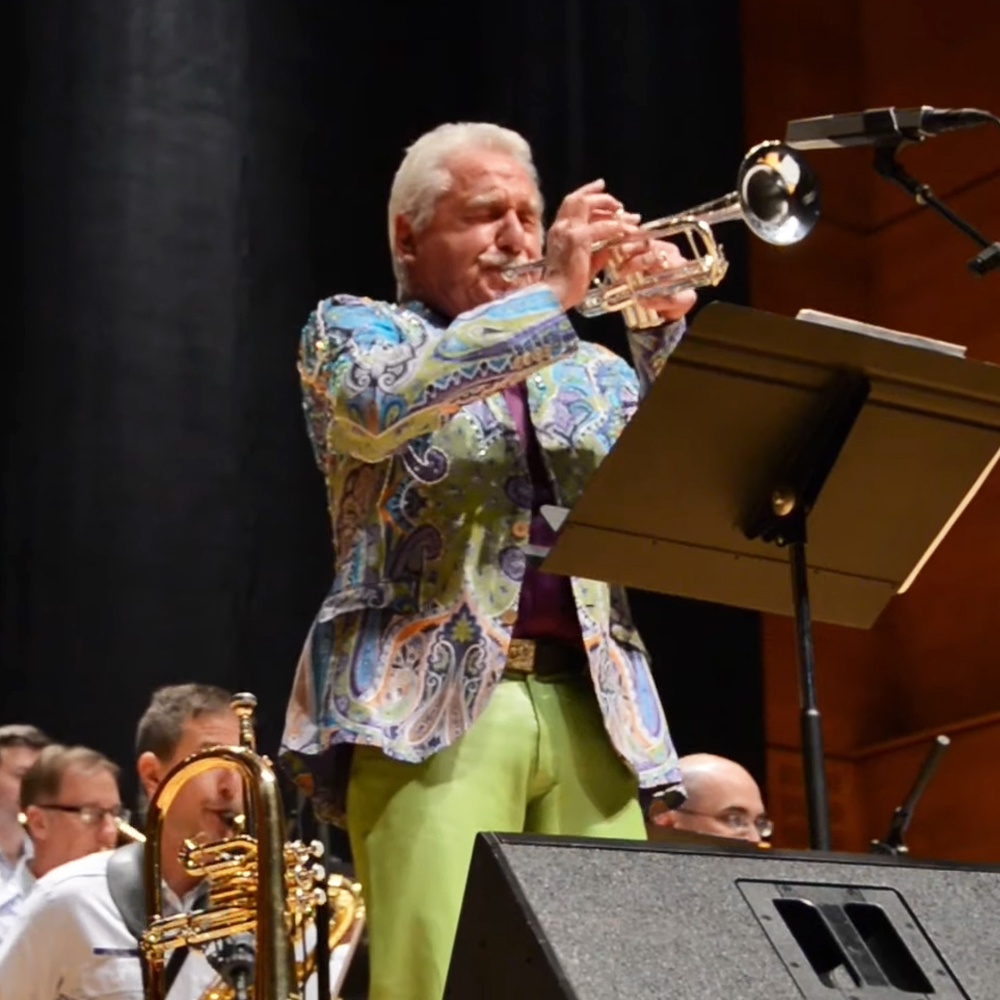 Aside from the sheer musical talent on display on stage, the fact that Doc is 89-years-old and still performing like this impressed many viewers. One viewer commented, “Clean tone, great range, and textbook execution at 89, long after most other trumpet players have hung up their embouchures.”

Another viewer said, “That Doc can play like this at 89 is absolutely amazing. I’m hoping to just be able to blow out my candles when I get to 89.” His performance is a testament to the joy and passion for music that has kept him young at heart all these years. 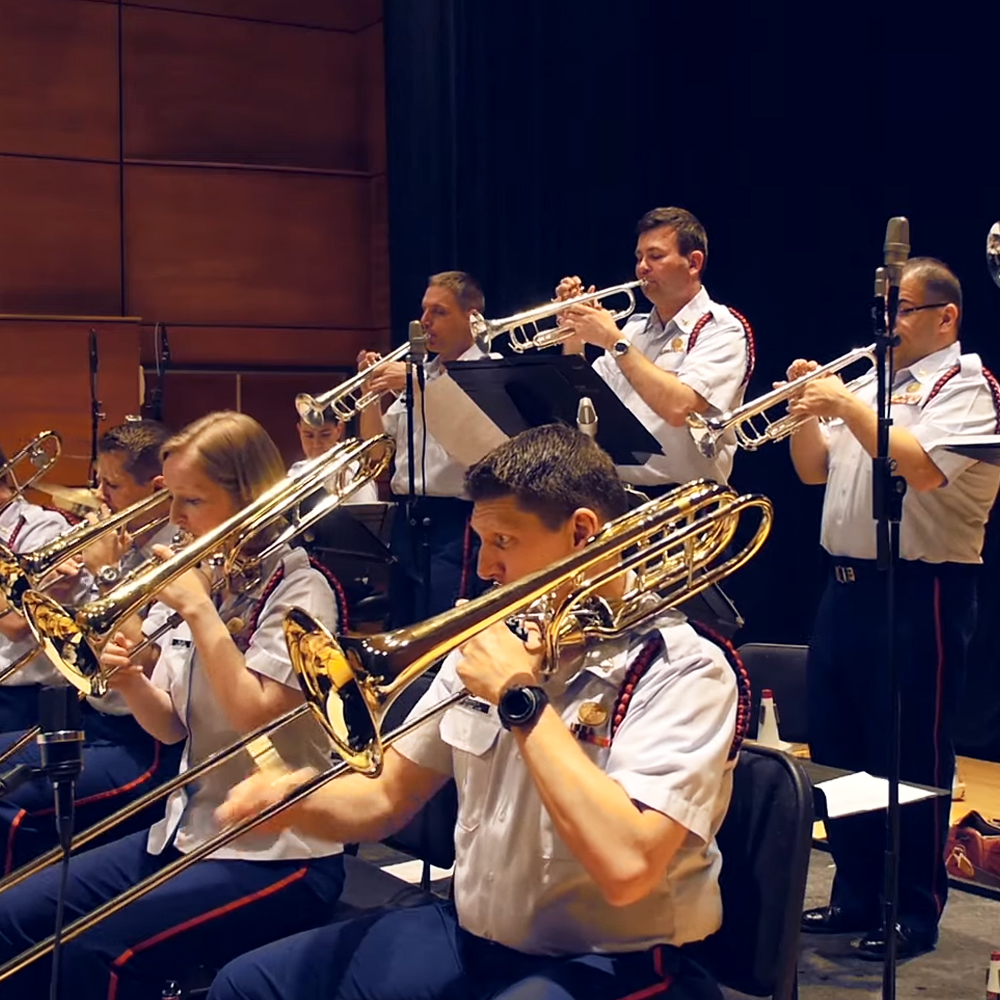 While Doc was center stage at the performance, viewers did not forget that the accompanying musicians are some of America’s most dedicated servicemen. “Nice to hear the band playing some difficult charts too. You have some very talented, true American heroes performing here,” said one viewer.

The performance by Doc and the United States Coast Guard band allows the audience to hear talented musicians playing with power and passion. It helps us remember to appreciate and showcase the talents we have at any age.