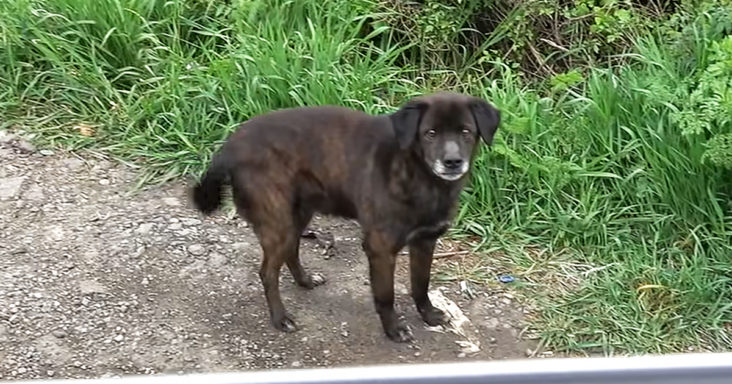 While traveling in their car, Howl of a Dog rescuers found a homeless dog along a busy road and stopped by to save him. The stray black dog barked at them for a few moments but later switched from defensive to curious. 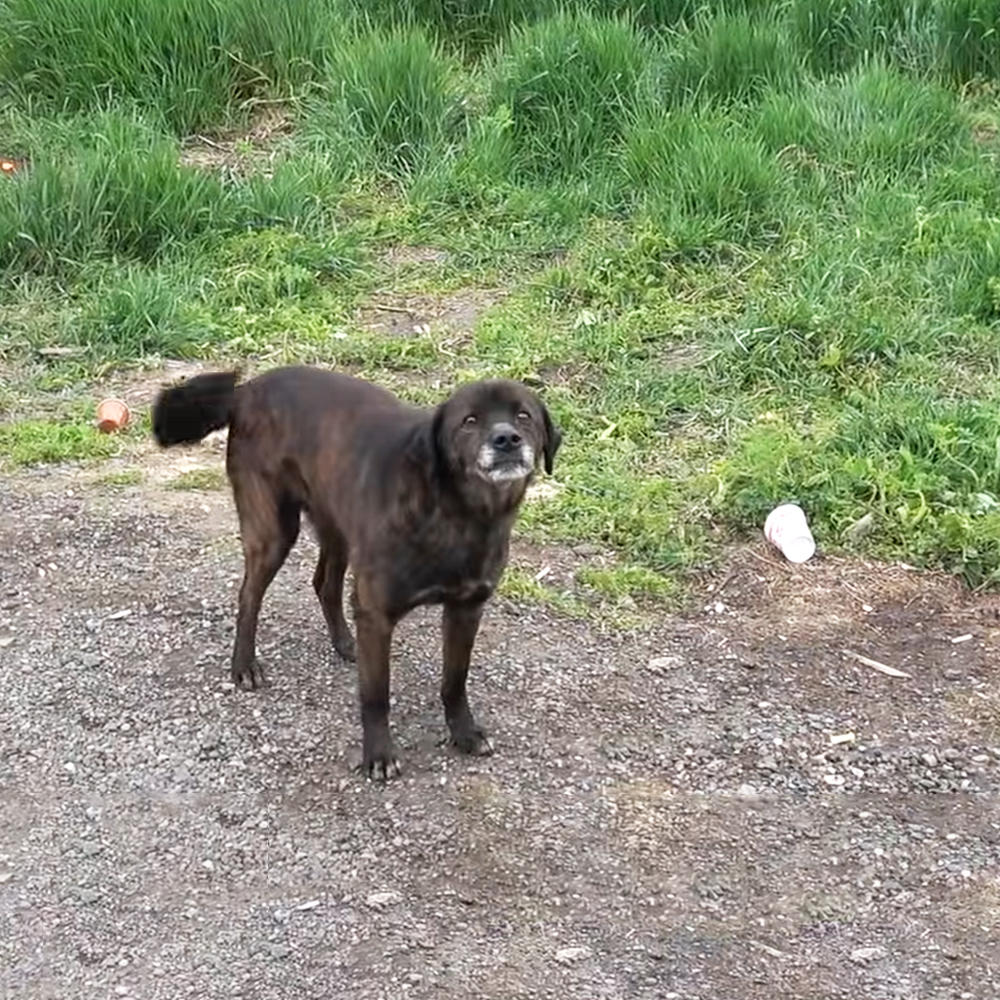 When the rescuers approached the dog, he was still cautious, but at the same time, he was glad that they found him. The kind people gave him some food which he happily ate.

The dog was too close to the busy road, and the rescuers did not want to make any sudden movements because they were scared that the dog would run towards the road and get hurt. 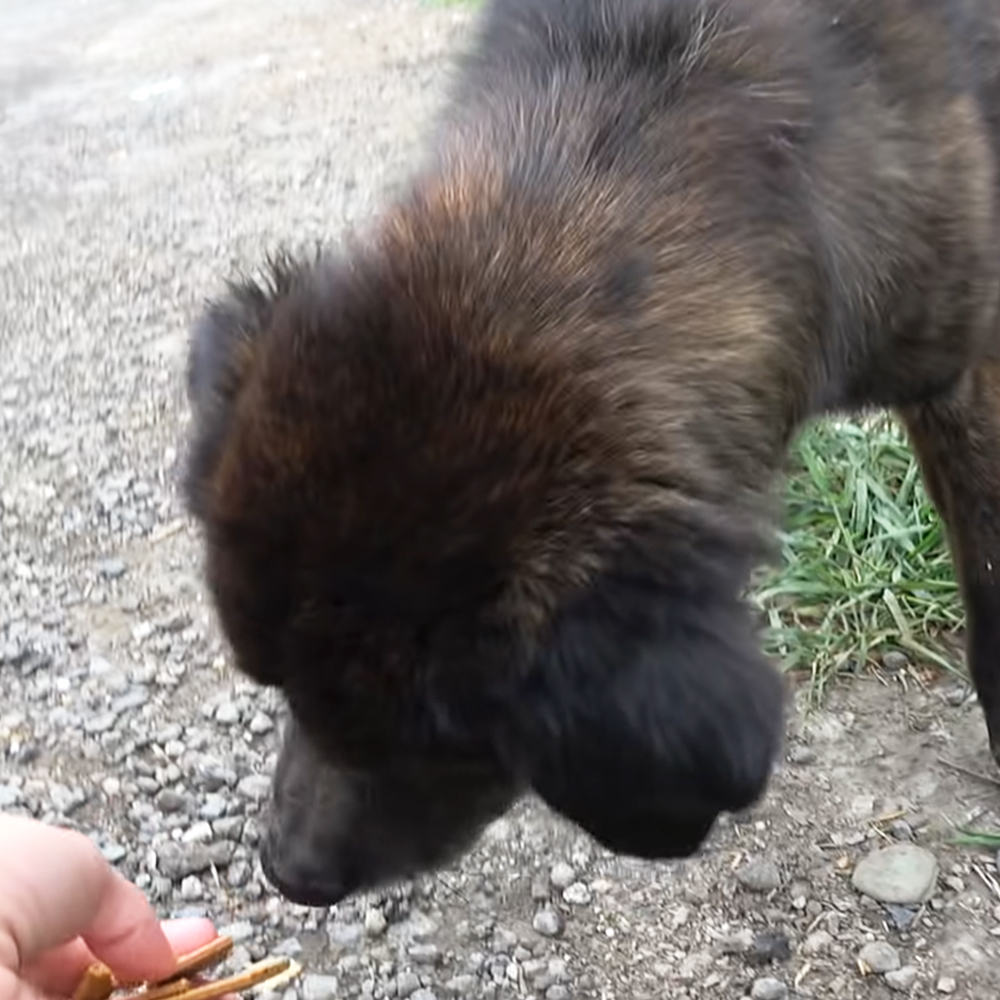 They gained his trust first by feeding him. Later, the rescuers grabbed a leash from his car and slightly slid it through the neck. After that, they decided to name him Mowgli, a little dog in a big jungle.

The dog was fortunate to be rescued just before a heavy rainstorm. After he arrived at Howl of a Dog home, the poor dog was released from the cage. At first, he was hesitant and took his sweet time settling down. 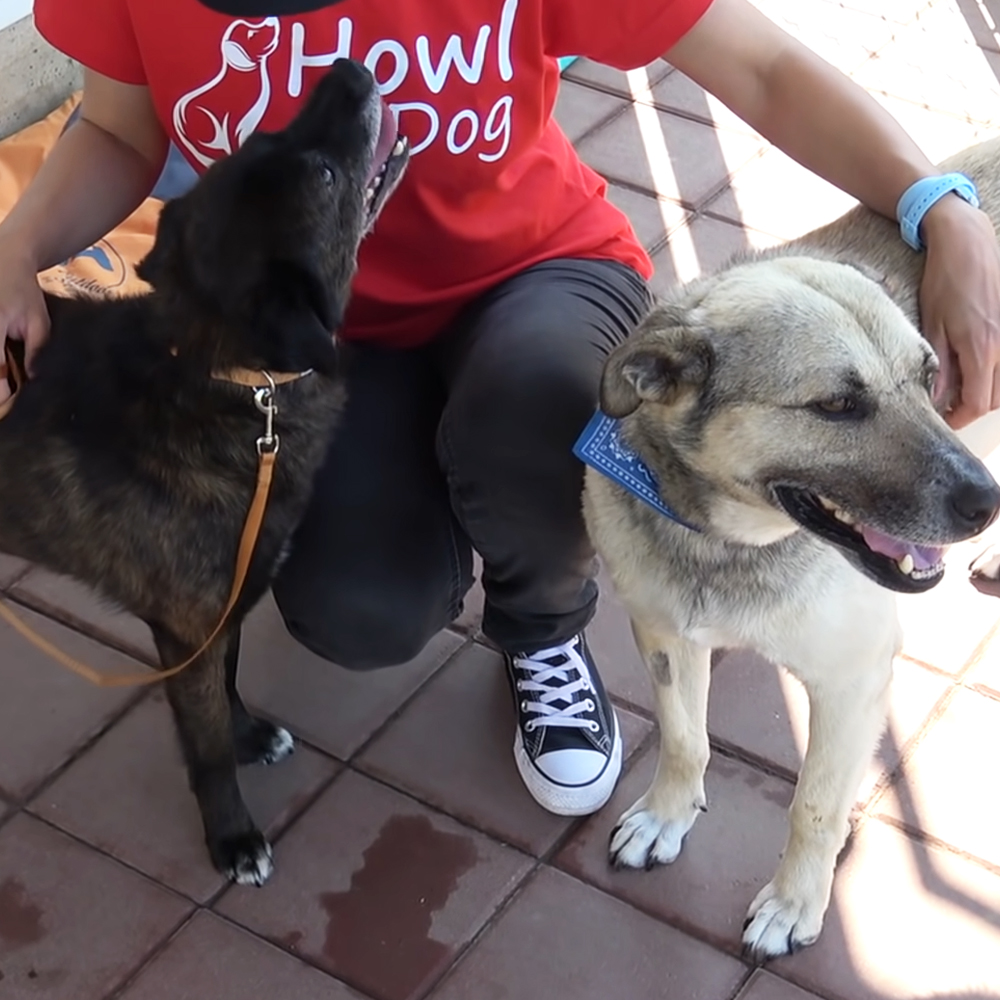 He kept on standing in a peculiar state. His hind legs were still on the cage while most parts of his body were out. However, he soon decided to trust the humans once again, and this time they did not fail him.

Mowgli liked to save his treats later as the survival instincts were still active. The senior dog stayed at Howl of a Dog in Romania and is almost 8 years old. Despite his age, he still had the heart of a puppy. The rescuers hoped that one day he would find his loving home.