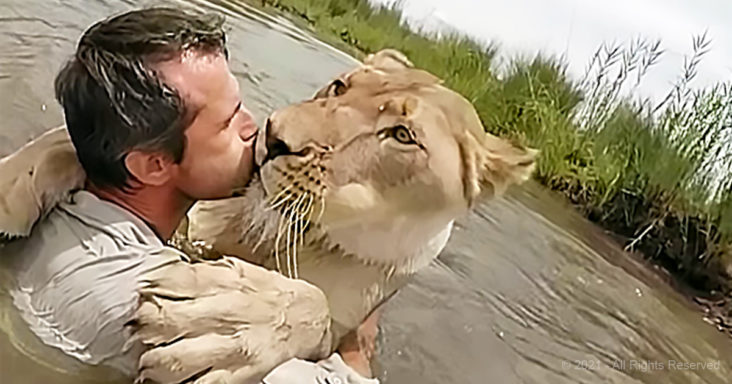 This is the type of story that you hear about in a family movie. Instead of Homeward Bound, it is Kevin Richardson and the two lion cubs.

Meg and Amy were two lion cubs that had no one to protect them. Kevin saw that they were alone, and made a brave decision to take them to a rescue center. Instead of being afraid of these wild animals, he saw an opportunity to help them live.

With his good deed done, Kevin said his goodbyes and returned to normal life. The rescue center worked hard, doing their part so that the lions could survive on their own.

Meh and Amy showed great progress, becoming two powerful lionesses that could live out in the wild. This opened the door for Kevin to revisit them later, seven years to be exact. Despite his good deed, it was a big risk to see these animals out in the wild.

He had no way of knowing if they would remember him on that day he brought them to a rescue agency. Meg and Amy not only surprised Kevin, but they surprised the world.

They immediately recognized Kevin and cuddled with him. It was an exciting moment, and also a tearful reunion for the three. Meg and Amy got to thank their savior, and the world got to see the results of a good deed. 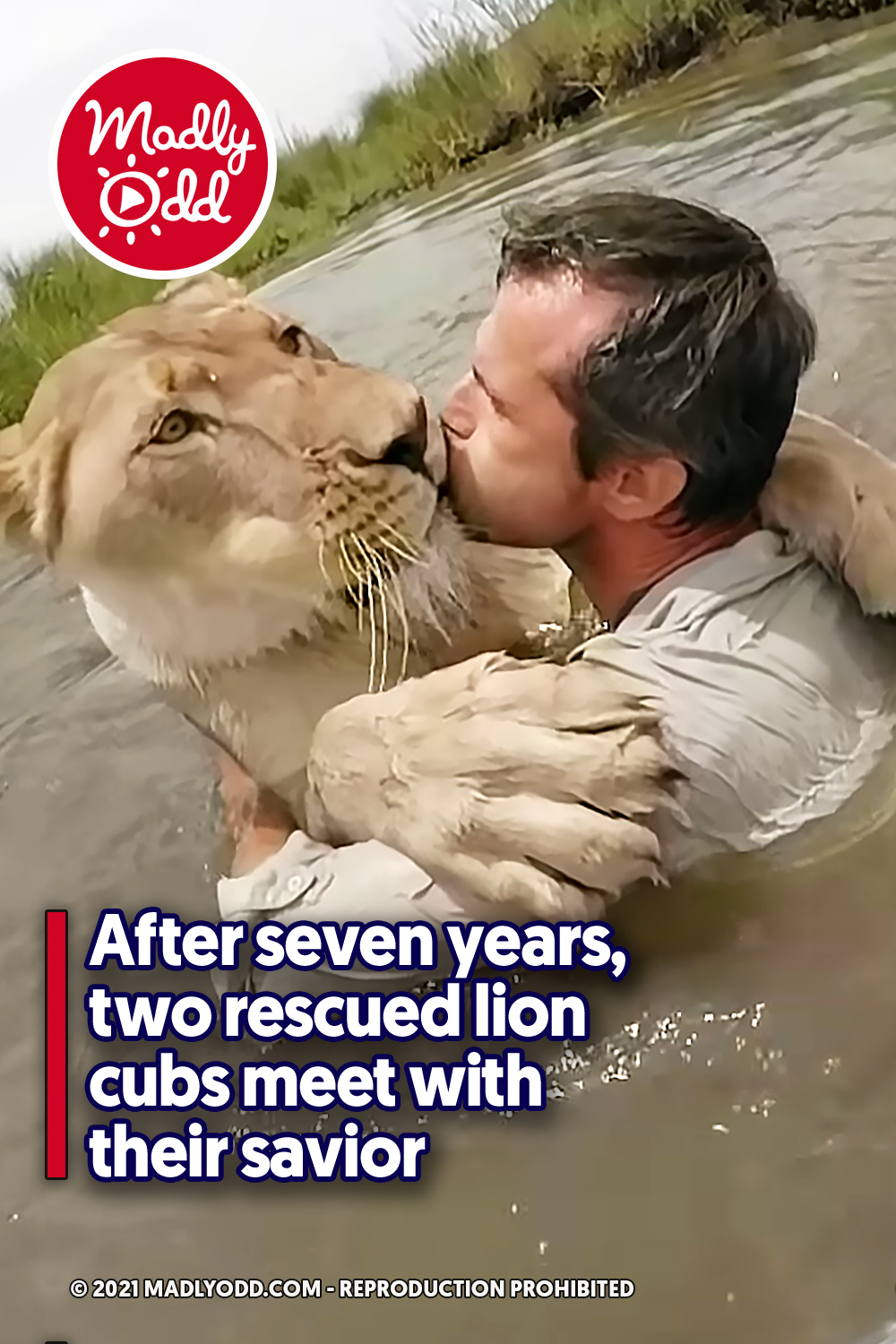