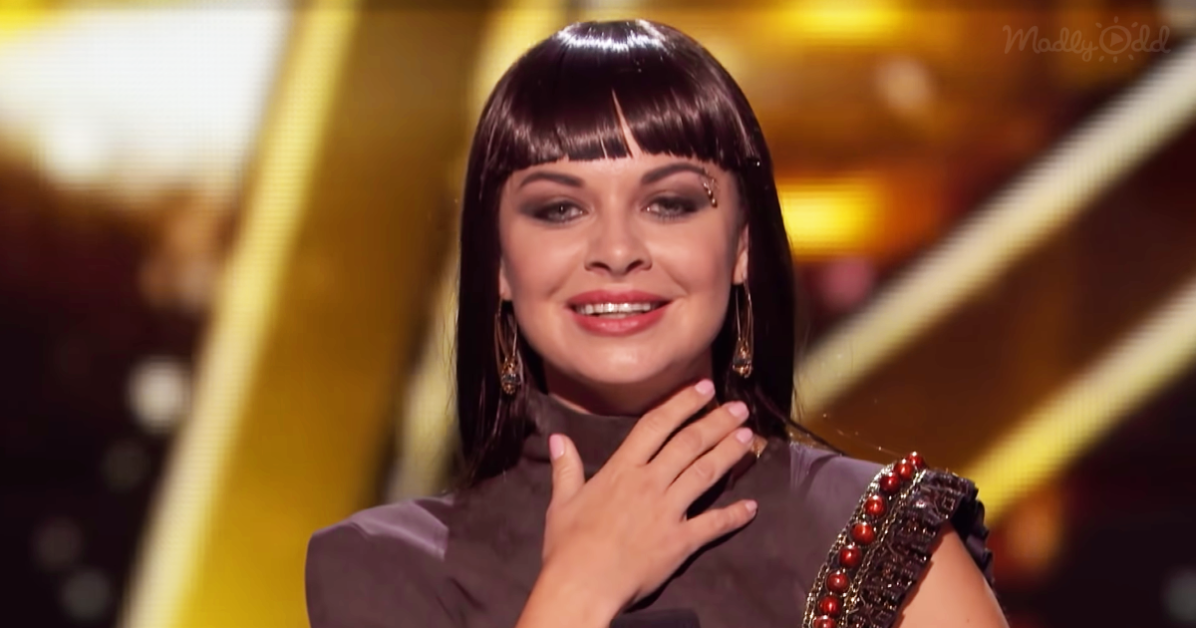 When you think of dynamic and emotional performance, most people don’t usually think of sand art.

However, after seeing Kseniya Simonov’s mesmerizing sand art performances, you’ll soon change your mind.  Kseniya, now a 33-year-old mother of two, won first place in Ukraine’s Got Talent back in 2009.

The Ukrainian artist grew up in a small city near the sea. In an interview, she recounted, “Growing up, I was drawing all the time, but when I found sand, it was like my second hand.”

After she got married, her husband secretly signed her up for Ukraine’s Got Talent.  The rest is history – her sand art performances won the hearts of viewers as well as the show’s grand prize. 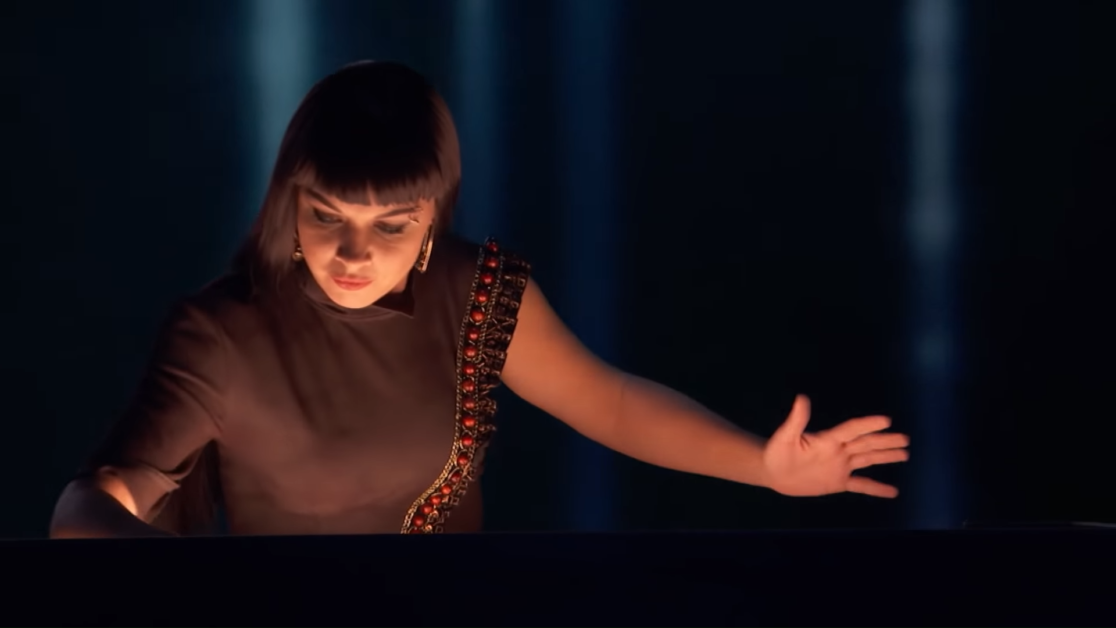 Monday night on America’s Got Talent: The Champions, Kseniya Simonov and her sand art made their American debut during the fifth and final audition round.  Before she began, Kseniya gave the background story of her upcoming performance – about a “child who grew up and became a famous artist and forgot his parents.”

As the music began, Kseniya created a gorgeous scene of the universe, filled with planets and stars scattered across the backdrop.  A pregnant woman took shape on her workspace, and the crowd and judges all sat spellbound as the story progressed.  The crowd applauded as the music and story grew in front of their eyes. 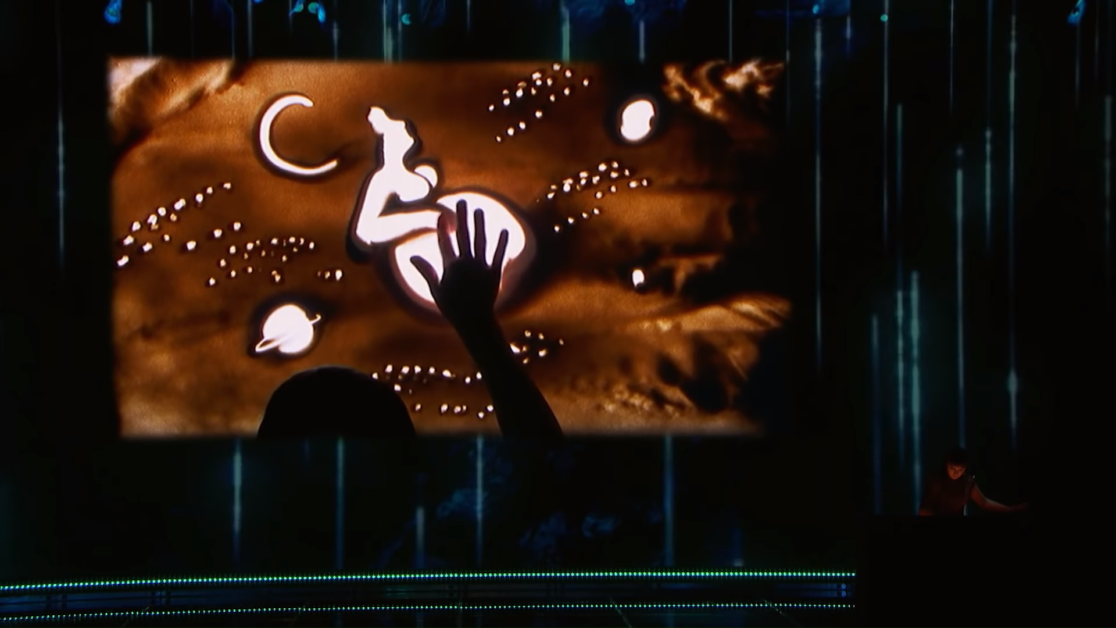 The speed and fluidity of her sand art is fantastic.  It almost feels as if her story is happening in real-life right in front of you.  The background music changes seamlessly along with her storyline, somehow adding more depth and emotion to the performance.  The crowd and judges all sat mesmerized as they watched the scene unfold.

She received a standing ovation from all four judges as well as the crowd.  Howie even dared to foretell the future by saying, “Let me tell you something…In my mind…you are the champion.”

As Kseniya took in all the glowing praise and cheers of the crowd, host Terry Crews strode out onto the stage and behind the judges’ desk.  He exclaimed, “I have never been more impressed by the ability to move people the way you did today!”  With that, he hit the Golden Buzzer – the last one that was available.  The crowd erupted, and golden glitter cascaded through the air.

After the emotional night, Kseniya said in an interview: “I am proud he [Terry Crews] made that Golden Buzzer for me because the appreciation of an artist is important to me…Honestly, I couldn’t imagine that could happen to me.” Do you agree with Howie that Kseniya Simonov will be the AGT: The Champions winner?

If you, too, were wowed by this sand art performance, please share Kseniya Simonov’s video with your friends and family.