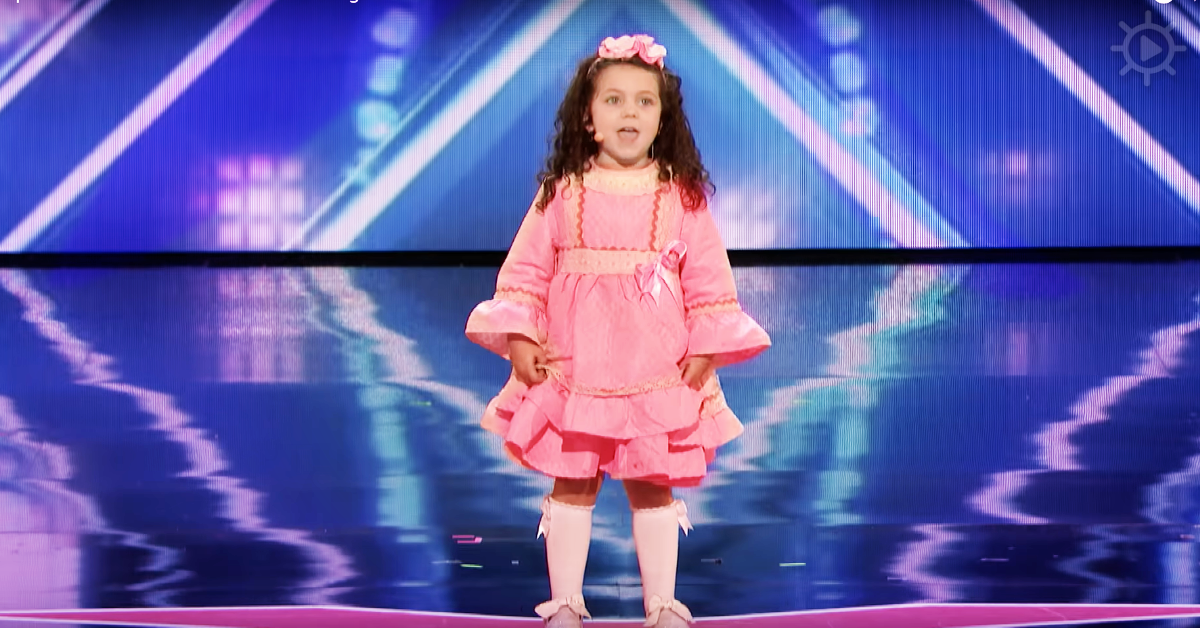 If you haven’t heard of Sophie Fatu, you should. Four a five-year-old, she has an impressive resume. Sophie began her music career at the precious and age of four when she starred on NBC’s “Little Big Shots” with Steve Harvey. Videos of her Sinatra covers quickly went viral and gained her fans from all over the globe.

Then at the age of precocious age of five, Sophie was asked to appear on the Ellen Show where she sang “Fly Me to the Moon”. Sophie since appeared in print magazines and represents over 50 brands among which are ModerneChild, Kardashian Kids, P.O.K. Fashion, Feltman Brothers, OvertheLoom, Sweet and Swag, PettiGirl… I know! I hope this little girl has a big piggy bank for all that dough!

Now, with all that experience under her belt, at the wondrous age of five, Sophie is brimming with confidence and professionalism… not to mention charm! On Tuesday (June 12), she appeared on “America’s Got Talent” where she strutted out on the stage and really took charge for a five-year-old. Anyone else would be nervous as heck, but this girl is cool as a cucumber.

So when the lights dimmed down and the music went up, little Sophie gently crooned the crowd with everybody’s favorite Sinatra classic, “My Way”. The entire pane was mesmerized. Even Simon Cowell admitted, “We weren’t expecting that.”

The other three members of the “AGT” star-studded panel promptly concurred with their hard-to-please colleague, Simon. Both Heidi Klum and Howie Mandel professed their astonishment whilst Mel B compared her harmonious voice to that of an angel.

SPOILER ALERT: The tiny tot’s act got her standing ovation from the captivated crowd very early on in her stunning performance, and they were completely won-over when she held that long note at the end. That was more than enough to convince the judges to send her to the next round where we will get to hear her sing again.

Now that you know all about Sophie, you’ll appreciate her performance watch this video and if you liked it, please like it — and if you loved it, then share it. We count on viewers like you. Thank you.)