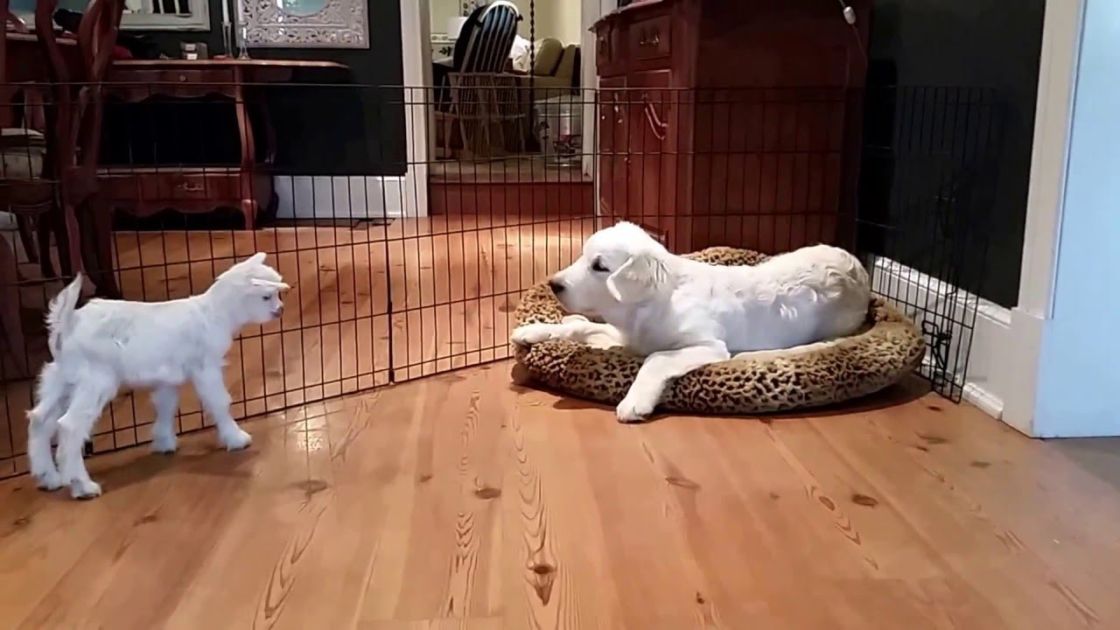 Remember when you met a new person when you were a kid? You just wanted to play with him or her, and sometimes the protocol for doing that was a bit elusive. Did you just launch into trying to play a game, or did you try asking some questions first? Every kid goes through this at some point when they are growing up. It’s not just relegated to people, though – take a look at these two young animals meeting up for the first time.

The pup, who has only been in this world for four months at the time, is ecstatic to meet this four-day baby goat. He has NO IDEA how to act with him, though. The baby goat, probably sensing how much larger this pup is than him, is understandably cautious. It’s almost like sensory overload for the pup, though. He’s trying to process how to play with this baby goat, and then things go haywire. 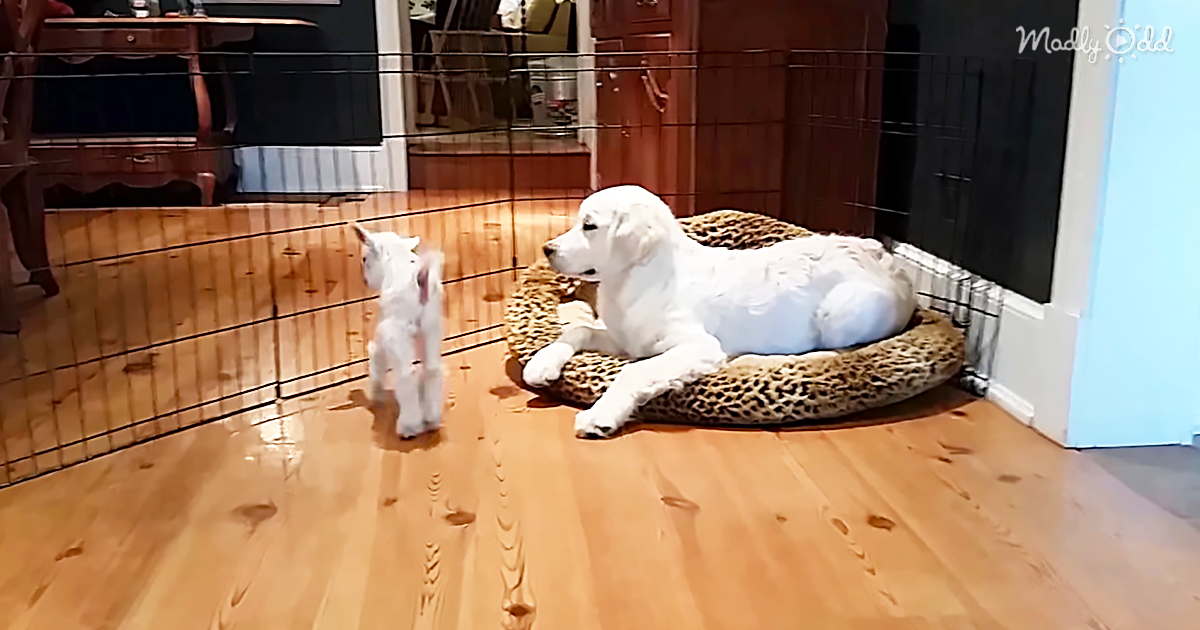 Ever have that over-rambunctious friend of yours growing up, the one that’s so enthusiastic but doesn’t know their own size and strength? That’s the puppy in this video. He’s got too much energy to burn off, and the goat doesn’t know what to do.

There are times that the baby goat seems to be thinking, “I’m four days old. I’d like to make it to the fifth day, at least…” It’s not the pup’s fault; he’s just overeager and friendly. I can see inside the pup’s mind throughout the video. Every few seconds, he seems to be thinking, “THIS IS SO COOL! NEW FRIEND! NEW FRIEND! YAY! TIME TO PLAY! TIME TO RUN! OOPS, THIS PLACE IS TOO SMALL! TIME TO PLAY!” He jumps up, sniffs the baby goat, does a couple of laps in the fenced-in area, his momentum even making him slide into the baby goat one time. 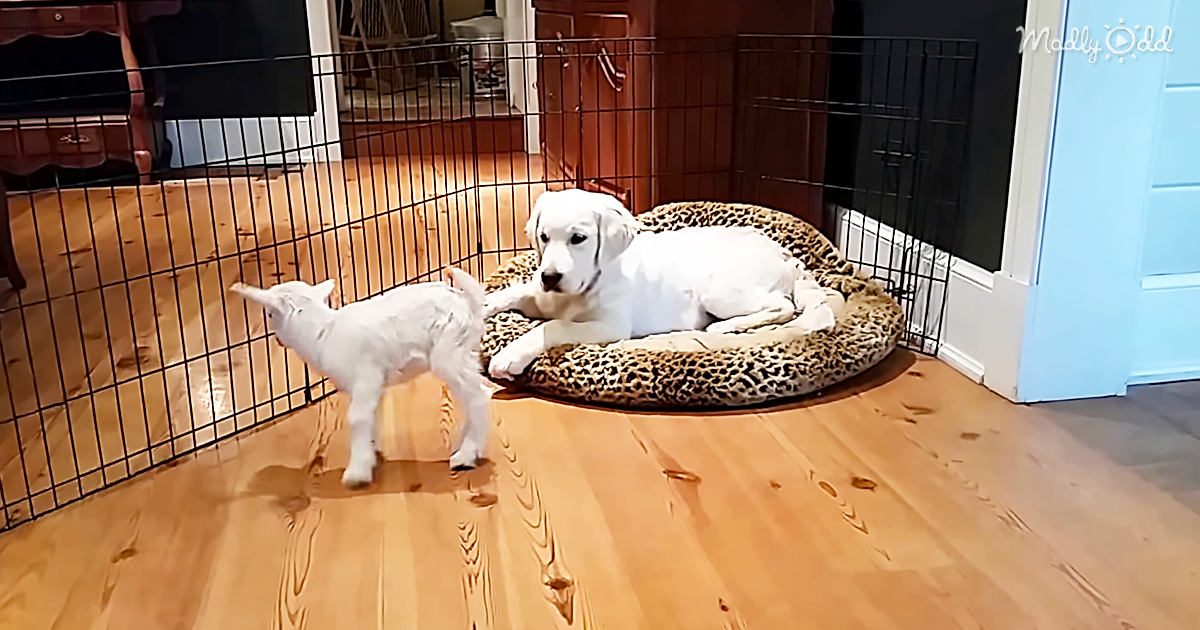 I’m hoping that the two of them get to be friends — in a much larger setting, where the goat might be able to just get away for a few minutes for a breather. Aren’t these two new friends hilarious? They are sure full of a lot of energy — if only we could bottle and sell that.