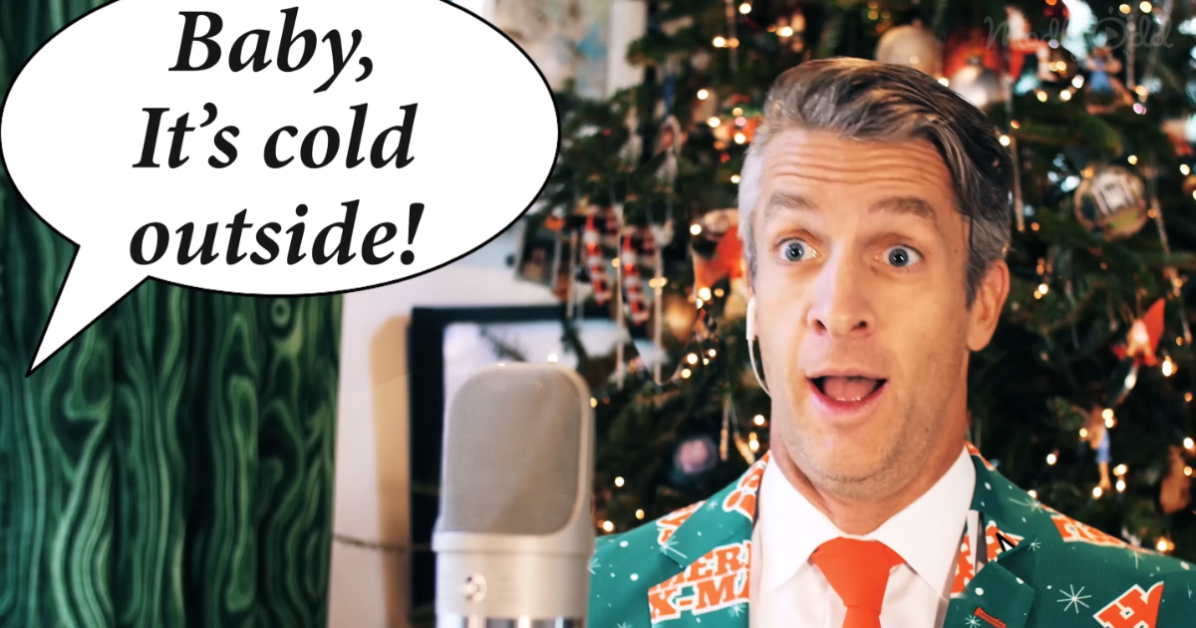 The Holderness family are famous for their song parodies and in this video they have turned their comedic talent to the re-imaging of the tune, “Baby It’s Cold Outside”. The holiday song has suffered a recent fallout due to a questionable interpretation of the original lyrics.

In their delightful video, Penn Holderness, a former Orlando, Florida TV anchor, is dressed for the old-fashioned times and is singing into a retro-style microphone with the female singer, who is off-screen. 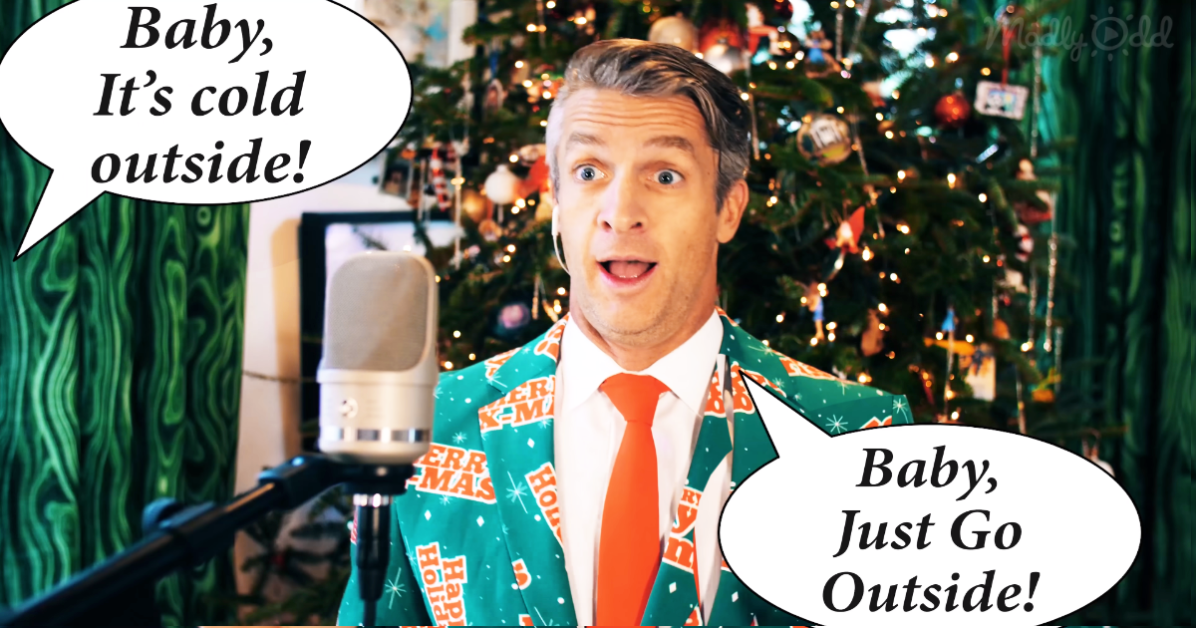 In his jolly, parody version, Penn Holderness sings, “Baby, Just GO Outside,” and delivers laughs after laughs with lyrics that will tickle your funny bone.

The video offers a new, hilarious approach to the words in a bid to re-imagine the award-winning song from the 1940s, by adding a harmless modern twist to the lyrics.

Of course, the Old Christmas classic has many supporters, with CBS This Morning show host Gayle King putting it quite succinctly when she said, “I want to say to people — it was a Christmas song that was written years ago. I think you have to look at the intent of the song and when you look at the intent, to me, it’s a very flirtatious back-and-forth between the two of them,” she said, adding that she thinks today’s audiences are reading something inappropriate into the lyrics that wasn’t intended.

The Holderness family does right by everyone by handling the current “controversy” with their tongue-in-cheek rendition of this wonderful classic. It’s a reminder that we can all laugh together no matter what.

Everyone must agree because just 20 hours after being released, their music video has gone viral, clocking up around 32 million views. Merry Christmas!

If the Holderness family’s rendition made you laugh, share their video with your friends because laughter is something we can all agree on.