Sleeping animals are up there with sleeping babies in terms of being fun to watch. A snoozing grizzly bear will make you forget that it would eat you in about three bites. There’s an aura of innocence at that time.

I just looked at my sleeping cat and instantly forgave him for barfing up a hairball yesterday. Then when they wake up… even better. Some are sleepy and need a few seconds before they realize where they are. Others go from 0-6 in like less than a second like what you see here.

This short, but OH SO CUTE, the video shows a woman walking into a room where she has a piglet in a box, with a heat lamp. The wee little piglet is asleep with her head in wood chips. The noise awakens her, with chips still on her head. There’s no pause for him to collect herself.

She starts squealing excitedly, happy to see someone. It was all I could to keep from reaching directly through the screen and just grabbing it for myself. I’d explain it to my wife later.

Seeing any animal wriggling with joy to see you elicits a feeling like no other. You are their world, and they want your full and undivided attention. That’s true no matter the age of it, but there’s just a whole other level when it’s very young. Just the way their little bodies move and the happiness in their eyes. This piglet was hitting all the buttons on the Cute-O-Meter.

Many people don’t like pigs since they tend to roll around in the mud. I’ve been a big fan of pigs since I read “Charlotte’s Web” way back in the 1980s. I won’t tell you what year since I don’t want to feel old. They are cute creatures who can make excellent pets – I saw one video of a woman pushing some pigs around in a shopping cart. That also really tested my resolve to not get a pig. Seeing this piglet in the video has to make some headway in giving its good name back, right?

After watching this, I was so tempted to run straight to a pet store. Did it make you want to get a piglet? Leave us a comment! 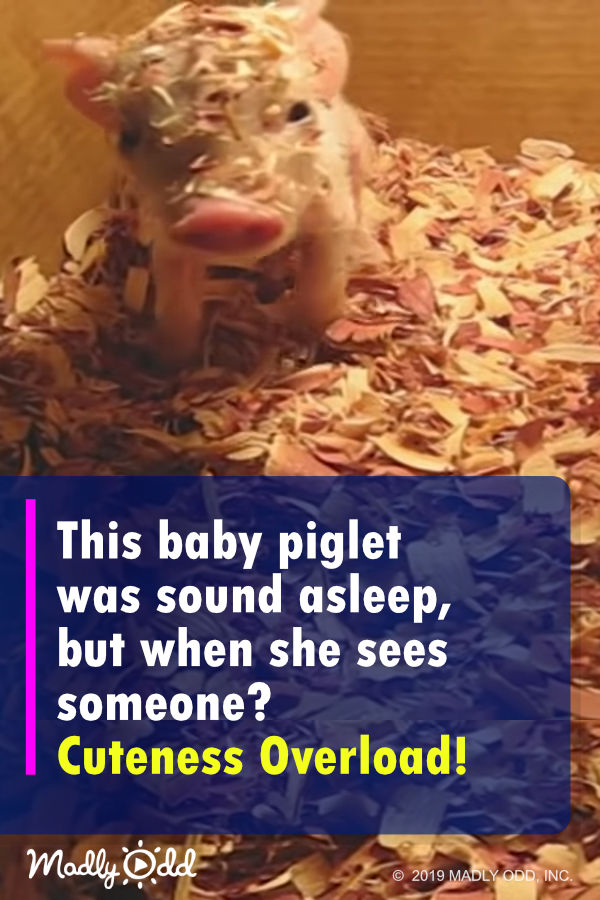