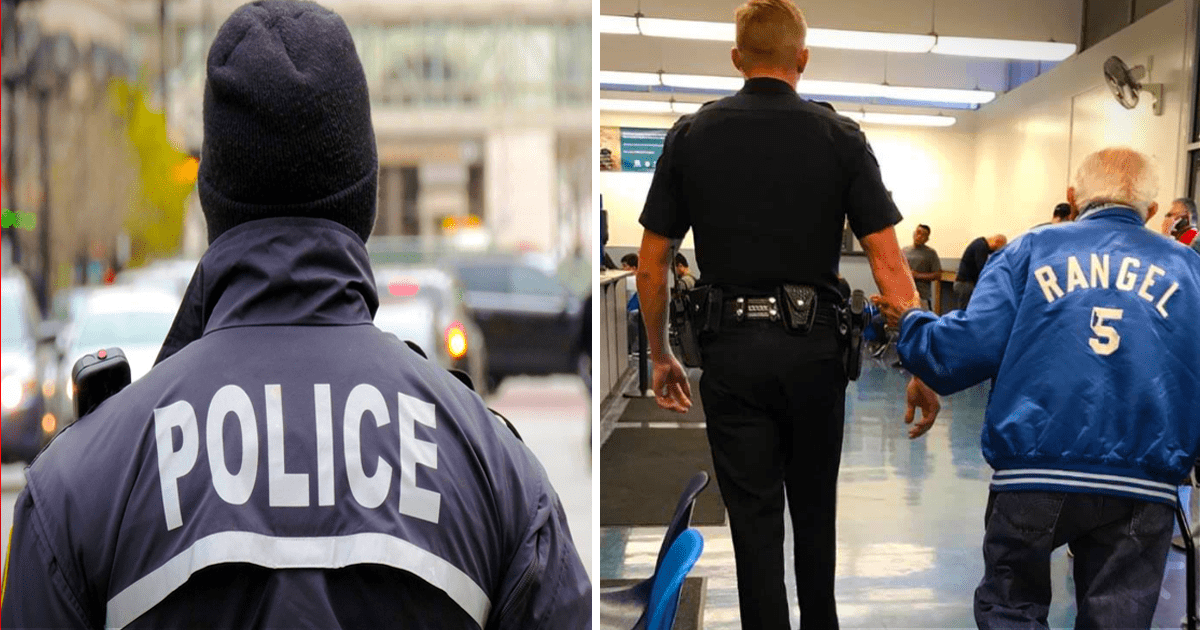 The police department in Montebello, California, just outside Los Angeles, got a lot of attention recently. But it wasn’t for anything bad, contrary to what you might have expected given all the incidents that have been in the news lately. Quite the opposite, in fact.

A call came in from a local bank that needed help dealing with an unruly customer. Officer Robert Josett was promptly on the scene, not knowing what to expect. What he found in the bank was an angry and highly agitated elderly man. All this spry 92 year-old wanted was to withdraw some cash from his bank account. The bank employees were hung up on a technicality: his ID had expired. As far as the old man was concerned, maybe the ID was expired, but he was still himself and the money was his, after all.

The commotion was only getting worse, so Officer Josett knew he’d have to take decisive action. He could have just tossed the old fellow out of the bank or even charged him with disorderly conduct, for that matter, but he thought of a better way to resolve the situation. The old man got a ride in the squad car, but it was a trip to the motor vehicles department, where the officer helped him get a new ID card. They made it back to the bank before closing time and the officer saw to it the man was able to withdraw the money without incident.

The Montebello Police Department posted a photo of Officer Josett escorting the 92 year-old back into the bank. Appreciation swiftly poured in from all over the country and the post rocketed to almost a quarter of a million likes in no time at all. And no wonder! It’s always nice to see a police officer making a difference for someone in the community they serve.

What did you think of the way this police office handled the unruly bank customer? Let us know in the comments at Facebook and don’t forget to like and share!