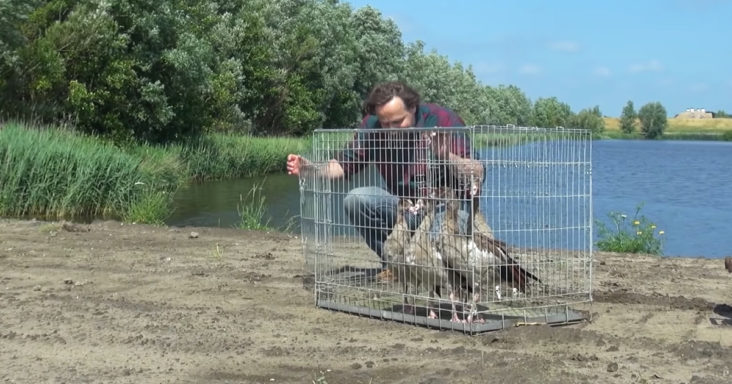 Alwyn Wils lived in Haarlem, Netherlands, and had gained a lot of attention because of his surprising animal and bird hatching adventures. Recently the animal lover had shared the bitter-sweet moment when he released the baby goslings into the wild. 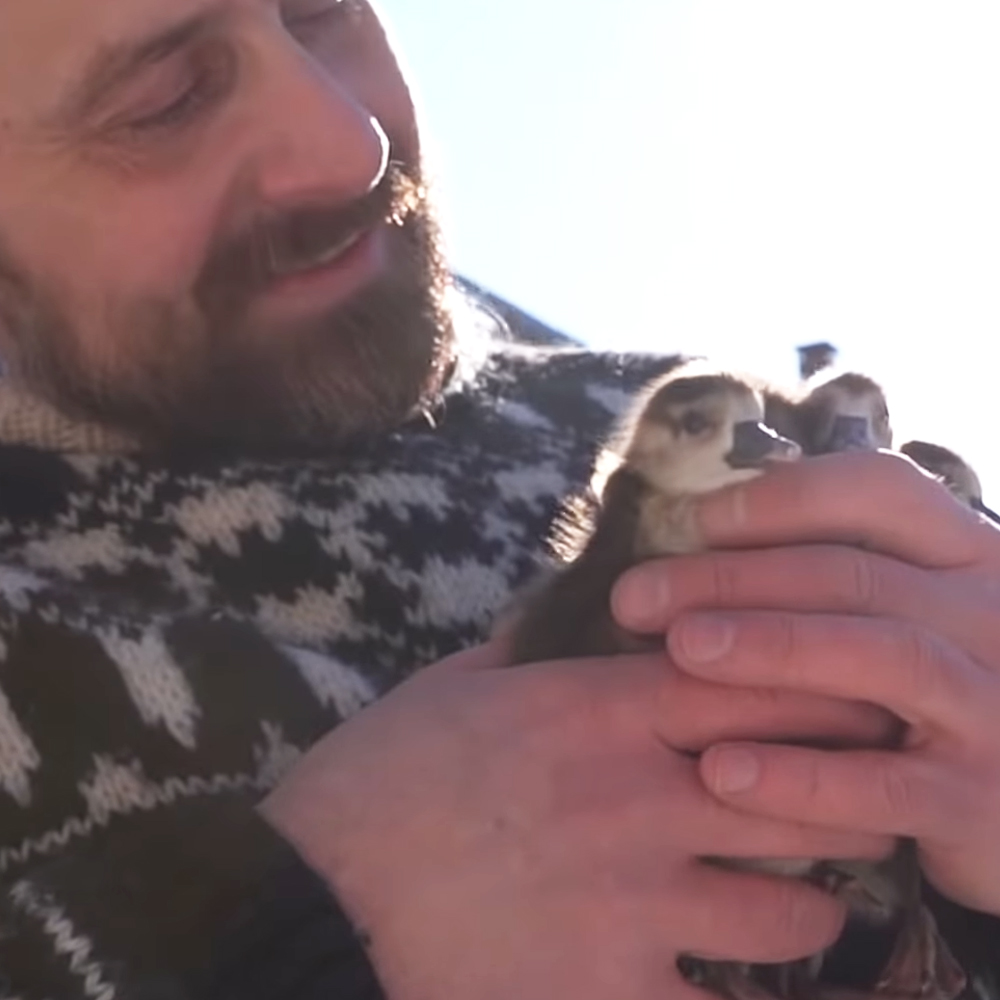 Alwyn had rescued a few baby goslings five months ago. But, the little babies were stuck on ice and had nowhere to go. So, this kind man brought them home with him. He took care of them and fed them like his own.

Alwyn had been preparing for their release for a long time. Soon the little goslings were ready to be released into the wild. First, he sprayed water on the feathers of the goslings so that they were strong enough to fly in case of predator attacks. 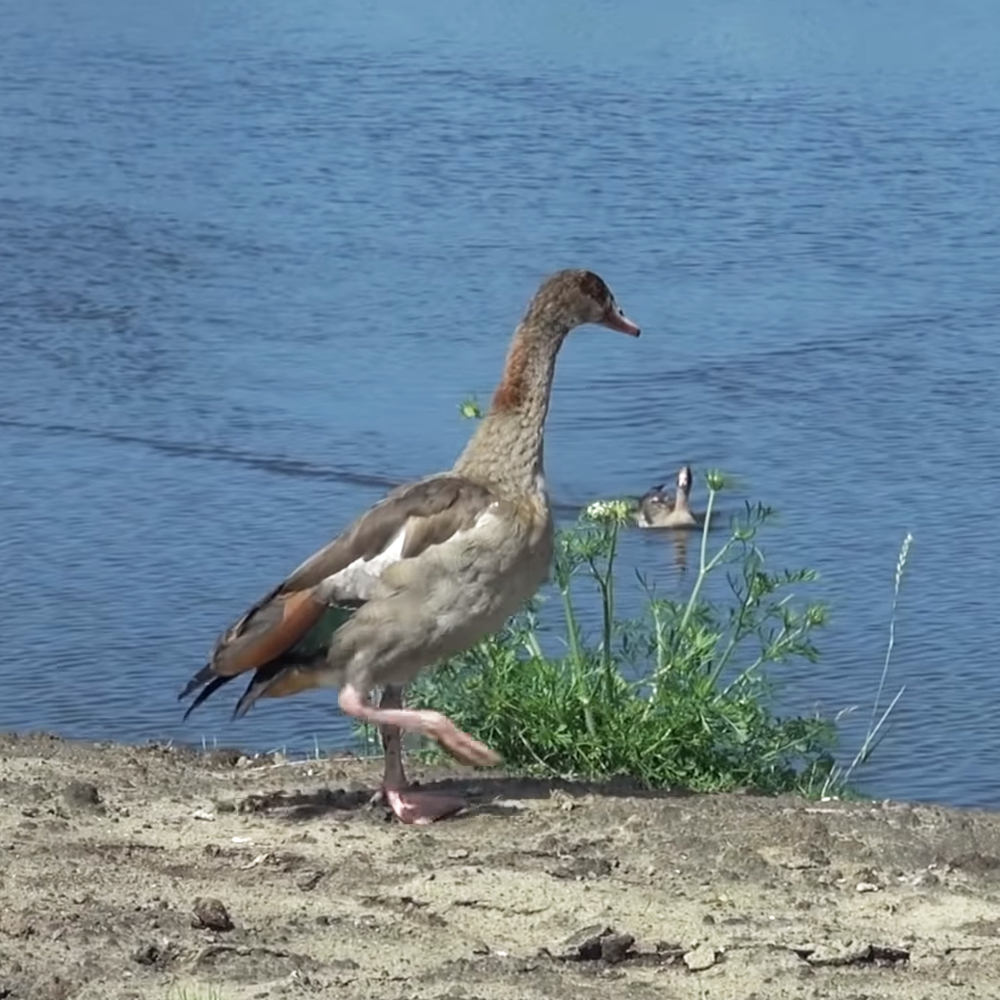 He had also selected a location where there was enough water for them to swim. The spot had an inclined plane for the birds to go in and out comfortably. It was an open space where they could see predators from far away. It also had a lot of grass for them to feed.

He transported the goslings in a cage and took them near the pond. After finding a Tern flying in the area, Alwyn was sure that it was a perfect spot for his gosling because Tern’s hunt small fishes. However, the best part was the water enclosure close to his house. 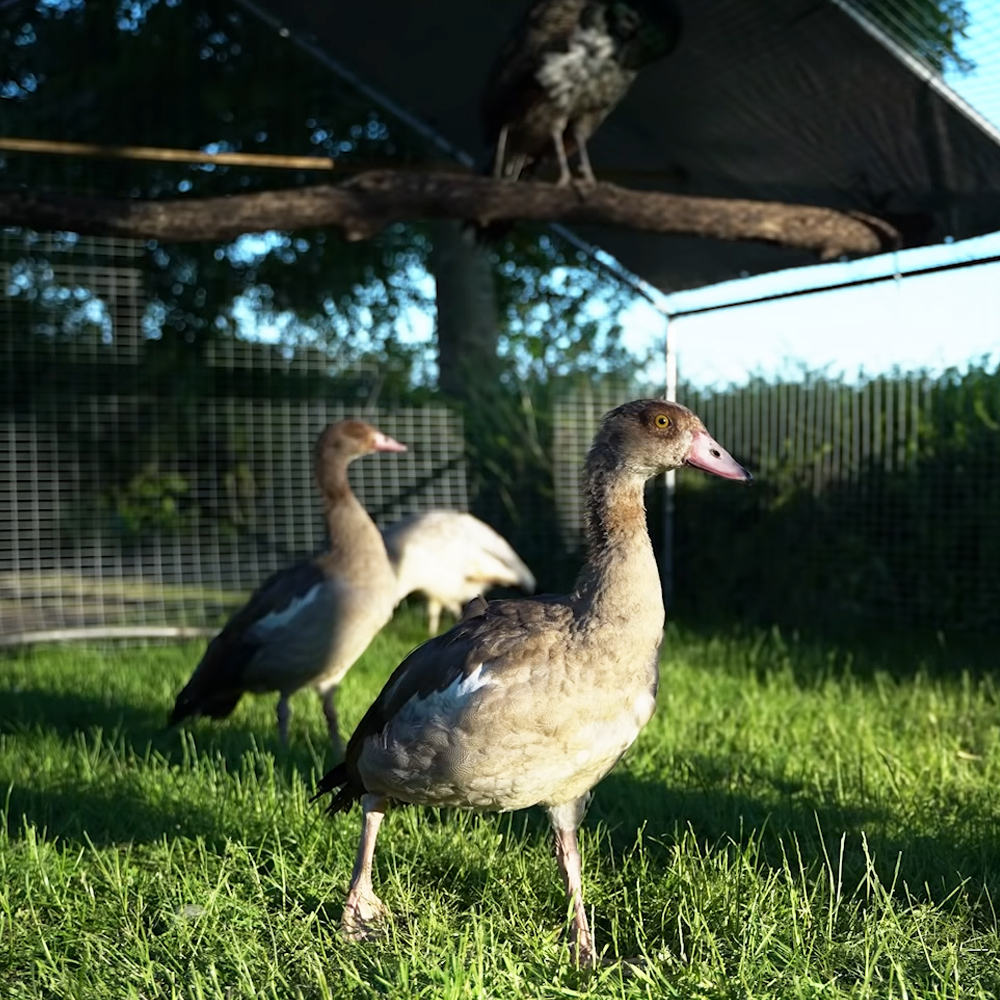 Alwyn did not know how the birds would act when they were released, as some of the earlier released birds had flown away while some stayed. However, when he released the beautiful birds, they happily flew away. He could still hear the birds calling. Alwyn found all the birds returning to the location he had selected for them.

Soon he spotted two of them on the ground while one of them was already swimming. The other two joined and enjoyed their time in the open. The next day when Alwyn returned to check on the goslings, he found all four of them roaming around together. He was happy to see all of them together having a good time.