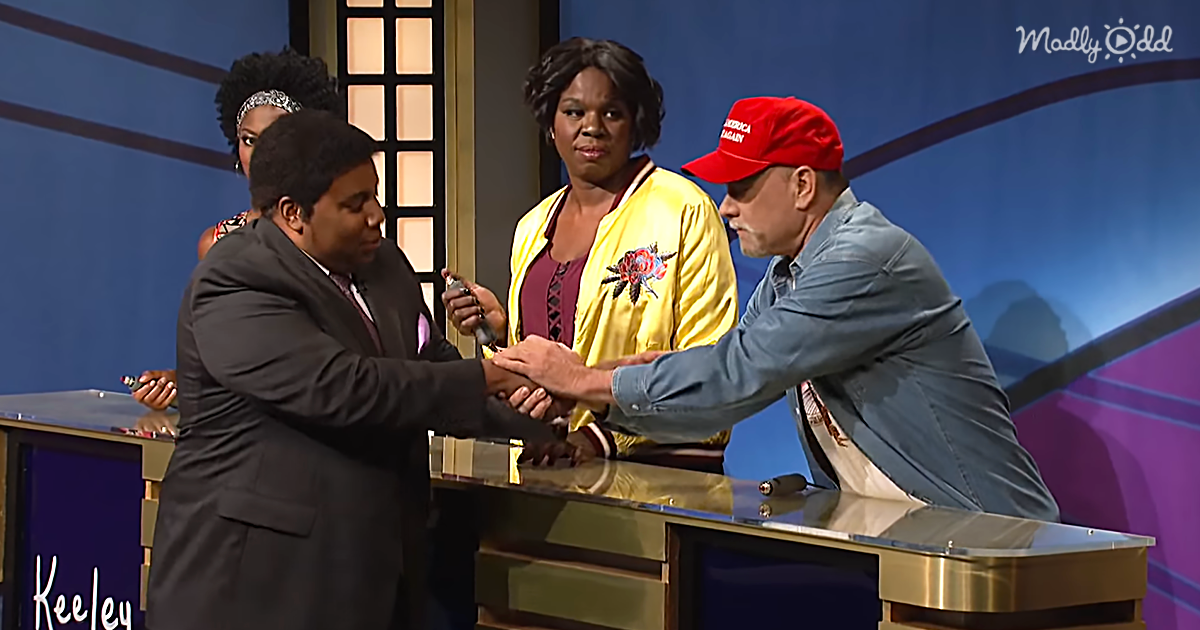 Saturday Night Live’s skit ‘Black Jeopardy’ places Tom Hanks as ‘Doug’ the obvious underdog in this hilarious tongue-in-cheek parody. This is racial humor done right, without a hint of racism. With a Q&A that everyone can relate to, contestants ‘Keeley’ played by Sasheer Zamata, ‘Shanice’ played by Leslie Jones, and Doug will have you in stitches no matter who you are.

Stereotypes are taken to their peak as a proud white Southerner plays against black culture poked fun at. Kenan Thompson entertains at every minute playing the host ‘Darnell Hayes’, who seems to be equally amused by the fact that Doug is doing so well. Not all is sunshine and roses – just wait until you see Tom Hanks back up!

‘Black Jeopardy’ takes racial differences between A-typical white Southerners and black culture stereotyped, and transforms it only a skit that is funny from start to end. With absolutely no offense, SNL manages to capture the essence of our times.