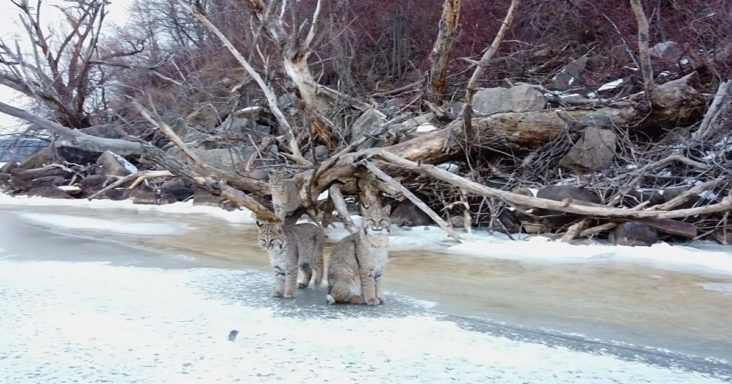 Mike Mayou, a photographer, was flying a drone along the frozen St. Louis River recently when he noticed something moving on the ice. So, he investigated what was there on the frozen river. 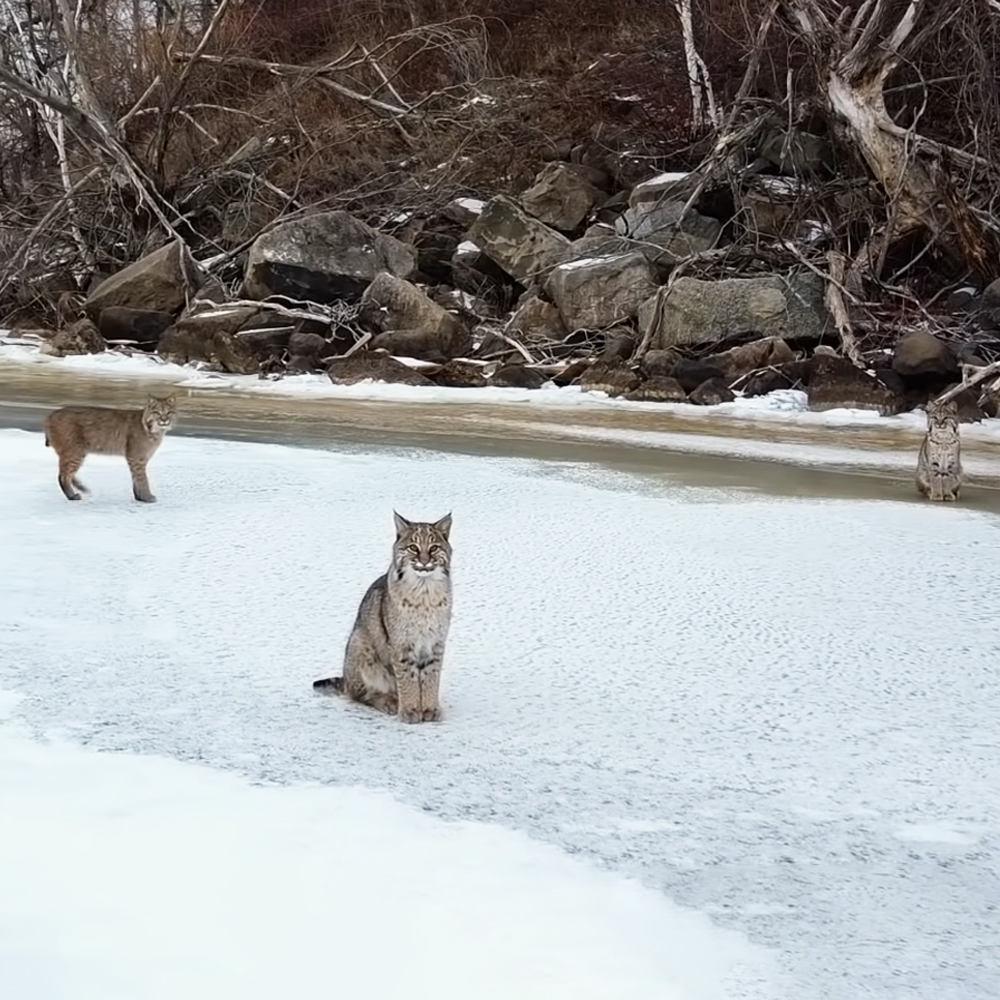 When he flew the drone closer to the moving animal, he found that three beautiful Bobcats enjoyed their day on a frozen river. The three of them were comfortable being close to the drone.

It was a once-in-a-lifetime experience for the photographer. He felt pretty fortunate to have flown the drone over the St. Louis River in Minnesota while noticing the animals having fun. 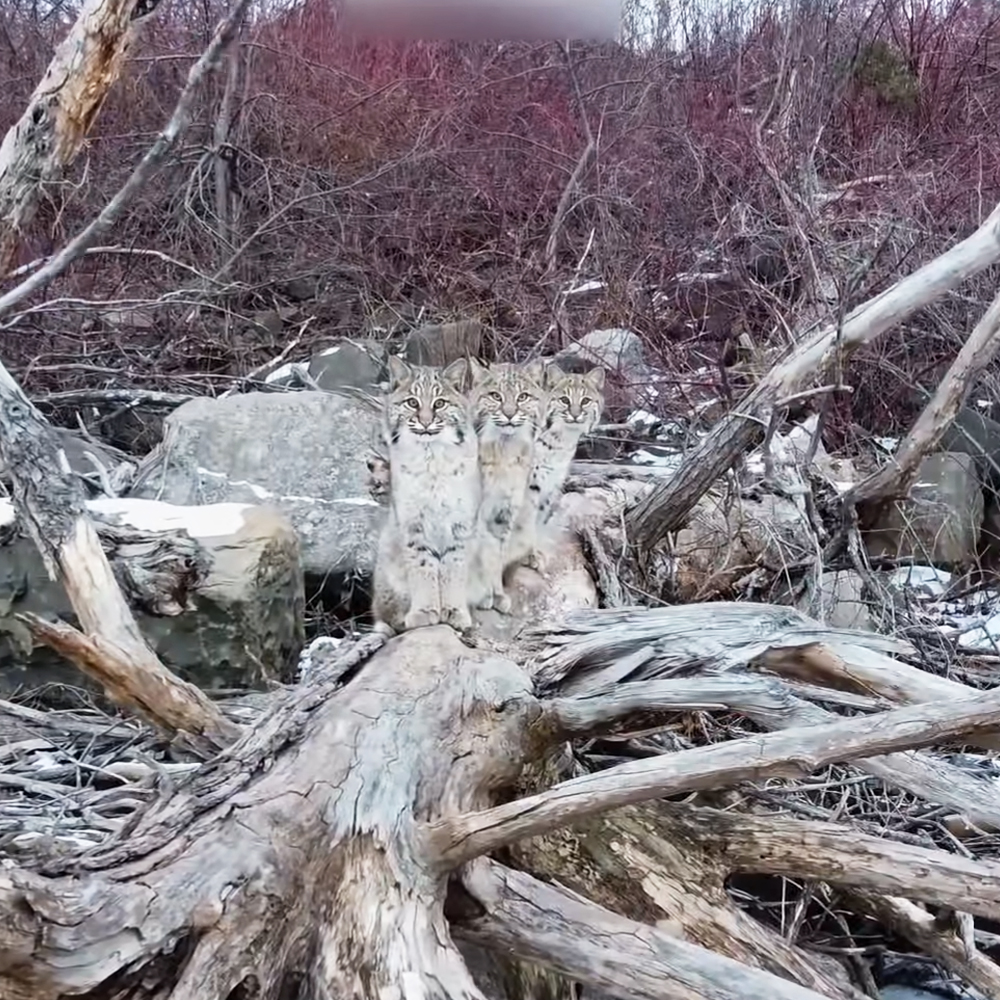 The drone captured mesmerizing images of the Bobcats, who were shy but not afraid of being up close. They were well aware of the strange thing hovering above and around them.

It was quite an uncommon occurrence for any human to easily find Bobcats at that specific spot. Nevertheless, Mike was glad that the drone had allowed him to interact with such elusive animals. 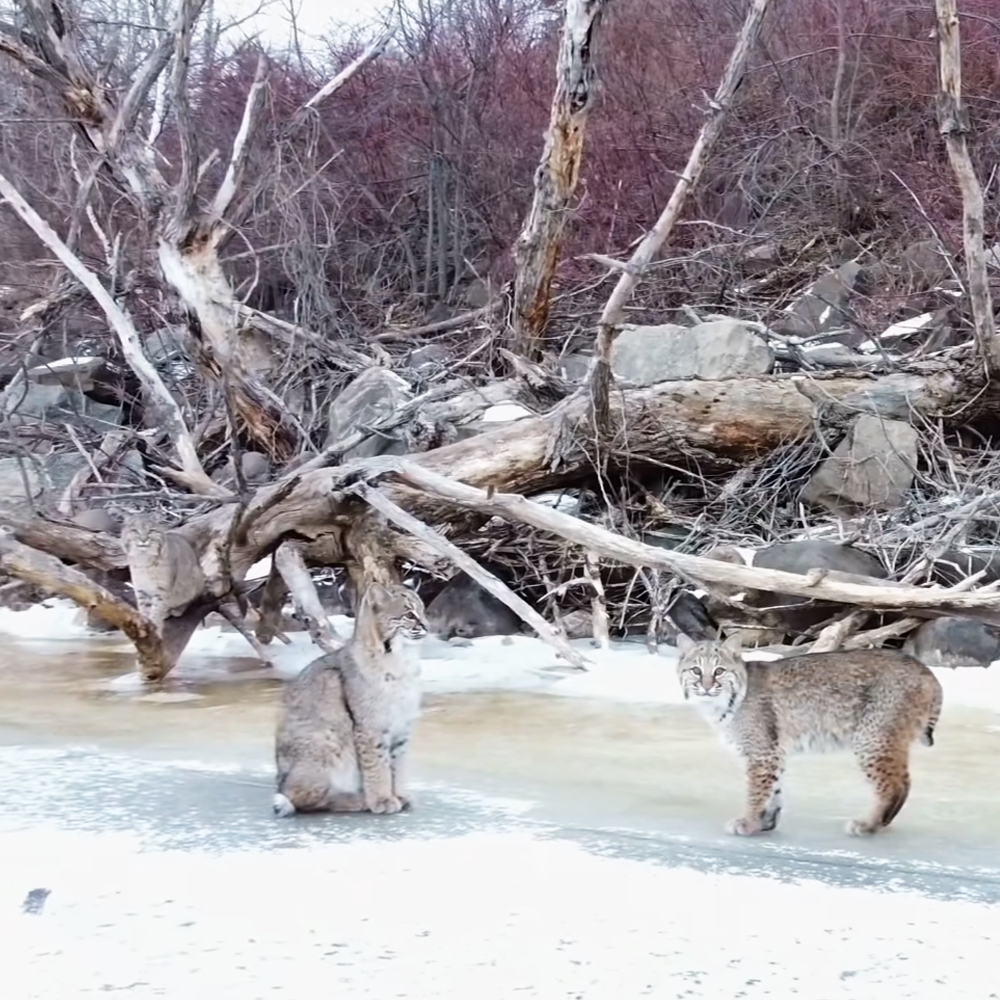 Several online followers of Mike wanted to know the exact location where the images were captured. However, he told everyone that he would not disclose the precise place to protect the animals.

He even told his online followers that he had always maintained a specific distance from the Bobcats. Soon, one of them got curious about the strange thing observing them and decided to approach the drone. He told everyone that it was not possible to have captured these moments without the help of the drone.