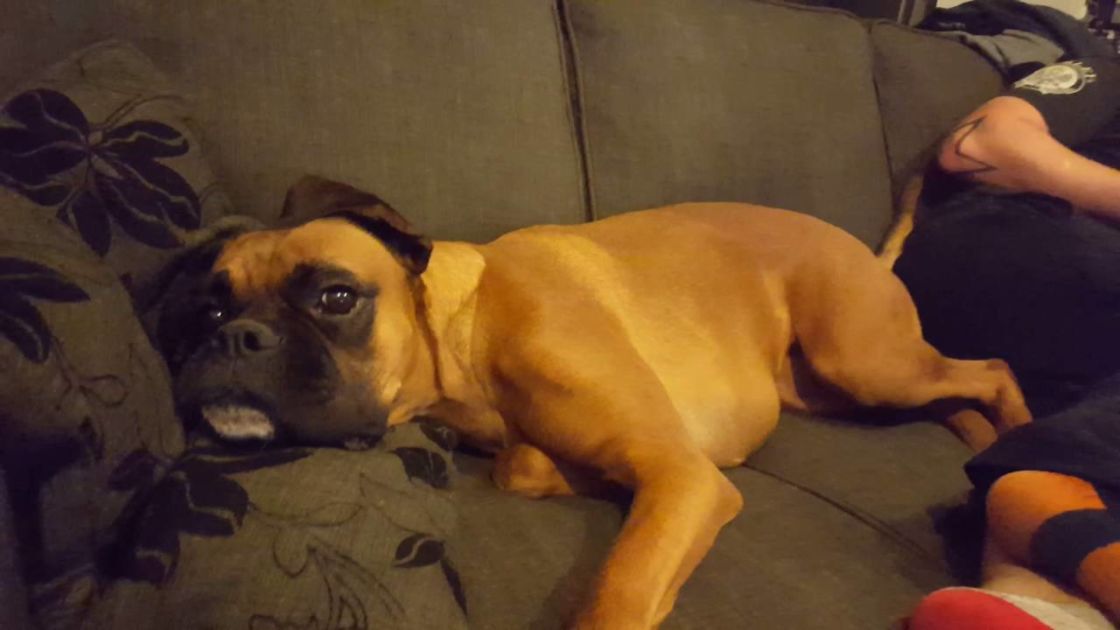 There are some animals that get really spoiled. Most of the time, they tend to be in wealthier households, where staff members open their food for them and even feed it to them at times. (Our cats aren’t quite that bad, but one of them does park himself in front of his dish as early as six hours prior to his meal). Then we see this video of a pooch who is probably so used to getting her way that she pouts over the tiniest thing.

We see a boxer named Lily who has just knocked her favorite ball off the sofa. Her daddy is up there with her, and he makes no move to get the ball. She flops on her belly first and whines. No dice. 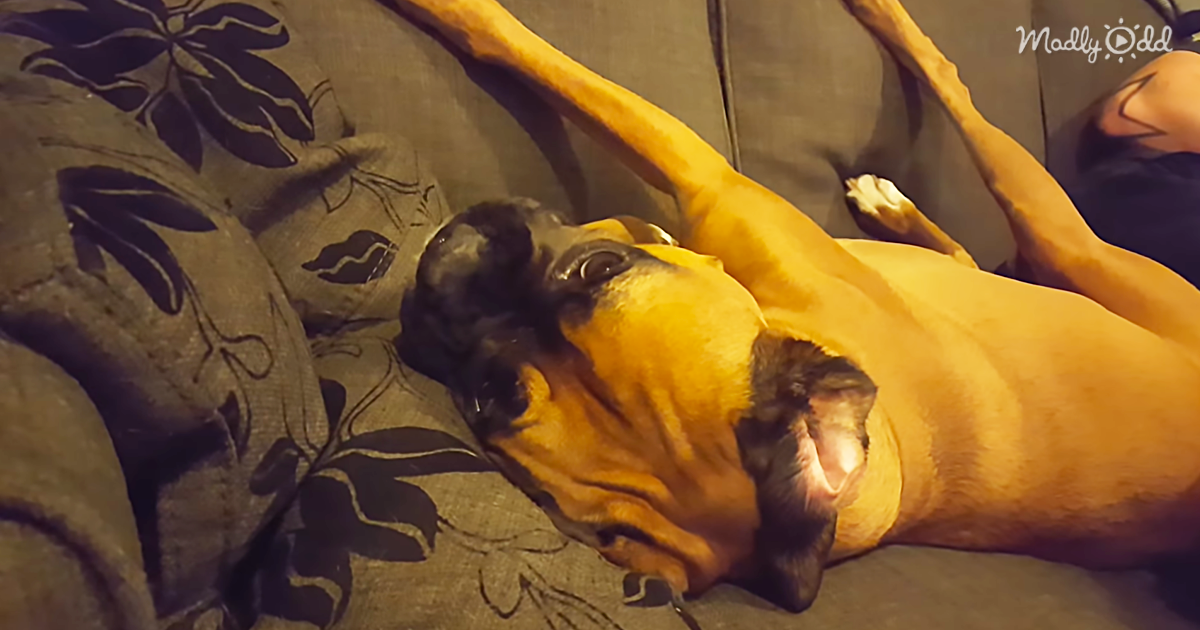 The camera pans down, and we see the ball on a blanket, even less than two feet away from Lily. She shows no interest in even expending the slightest effort to retrieve it. I think this is a Diva Dog.

The hilarious part of this video is that all Lily has to do to get the ball is maybe put her two front paws on the ground to get the ball and then push herself back onto the sofa. But noooooo… that would be TOO EASY. 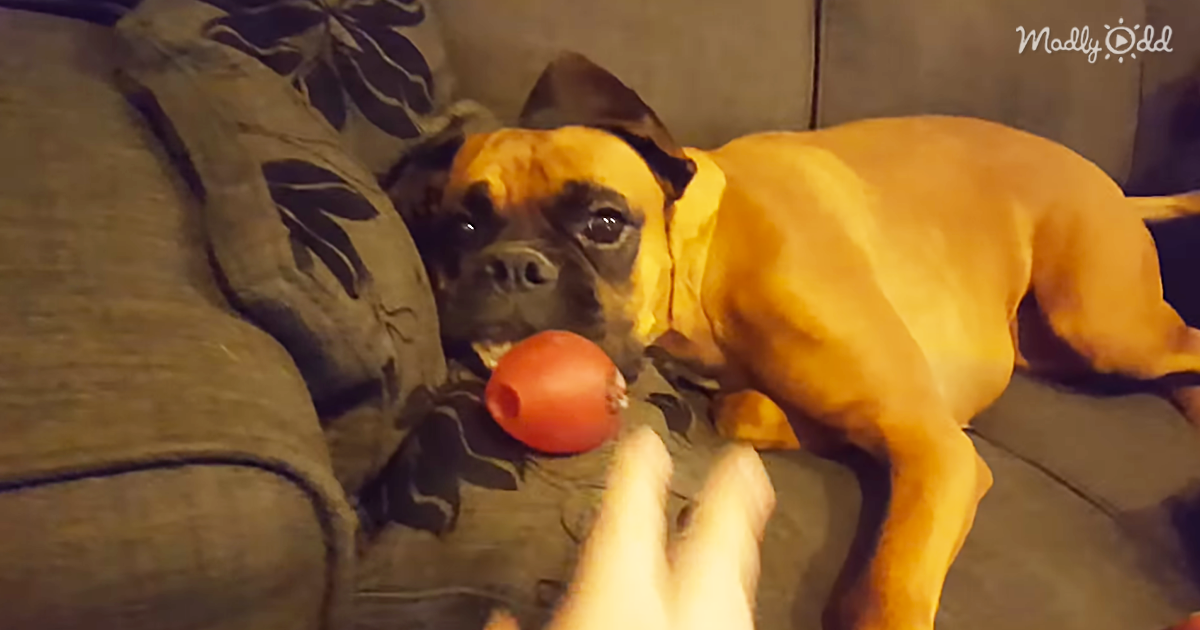 Instead, she decides to go the “Whine Like A Baby” routine to try to get her mommy to toss the ball back onto the sofa. Even better, when that happens, she still pouts. Then again, are you going to make a boxer who’s that big mad? Even though she’s acting like a little brat, she’s still quite adorable.

The video does end on a bit of a visually weird note when she lies there with her head upside down. There’s just some kind of visual juxtaposition with the way that her jowls look when they are upside down. My brain had a hard time computing that at first. I bet, though, that she still gets her way like this even when she gets older. Was Lily adorable or spoiled? A little of A and a little of B? I think that’s the case. 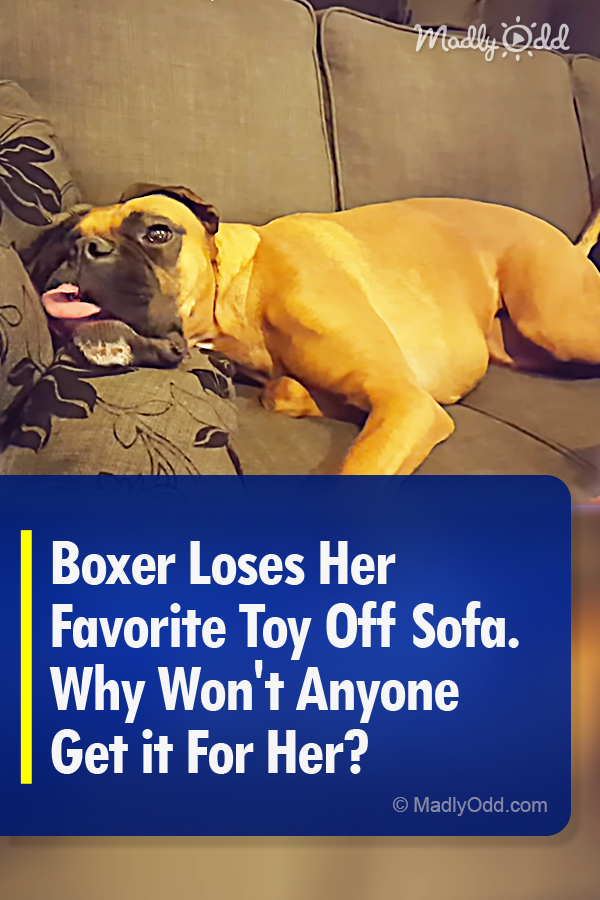