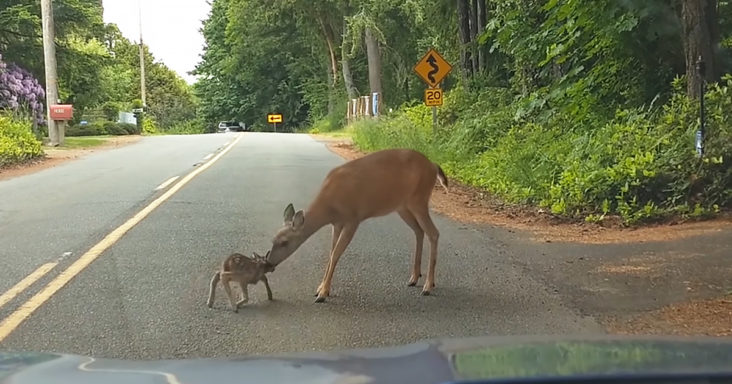 Sometimes, things don’t go according to what you think. It may affect you a lot, especially when you are young. Recently, Jessie Larson traveled in her car when she noticed a small animal lying on the ground.

A mama deer and her baby were crossing the highway to enter the woods. However, the continuous movement of the vehicles on the road frightened the fawn. Thus, the poor animal decided to sit in the middle of the road.

Jessie was on a highway in Port Orchard, Washington, when she saw the little fawn. The poor animal was unable to move. Initially, the kind woman thought the poor fawn had gotten hurt and decided to help. 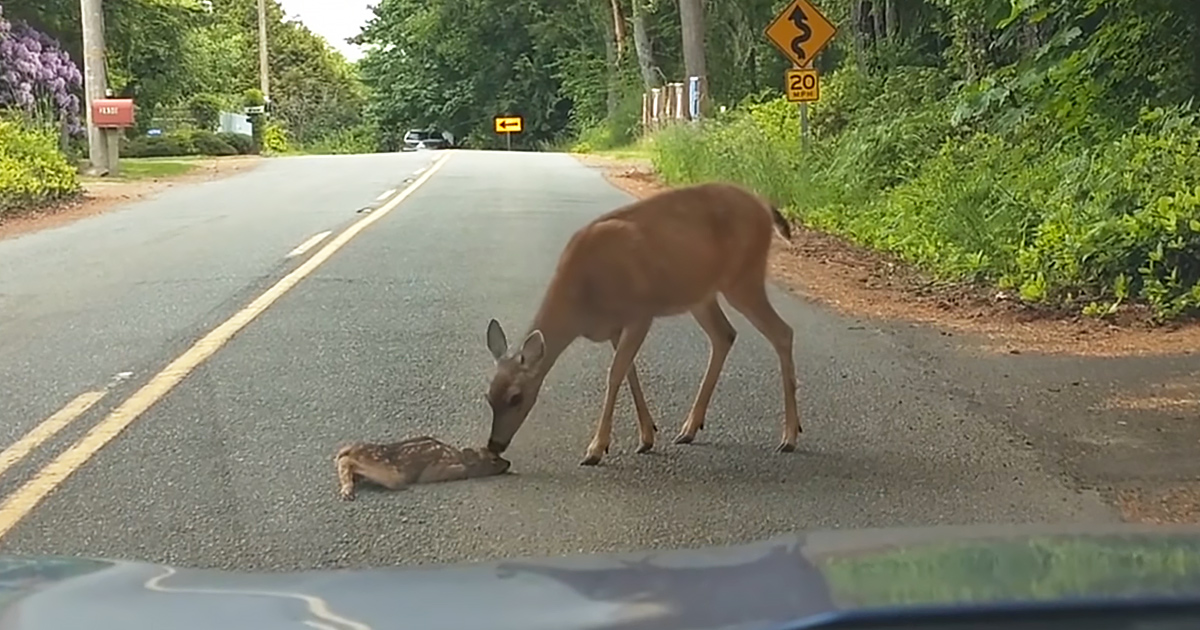 Jessie thought of coming out of the car and helping the little fawn lying flat in the middle of the road. However, the car owner decided to simply turn off her vehicle, as she did not want to scare the little one.

The mama deer had run off earlier to find the way ahead. However, she soon returned to her baby. Soon, the deer started to cuddle her newborn to boost the confidence of her child. 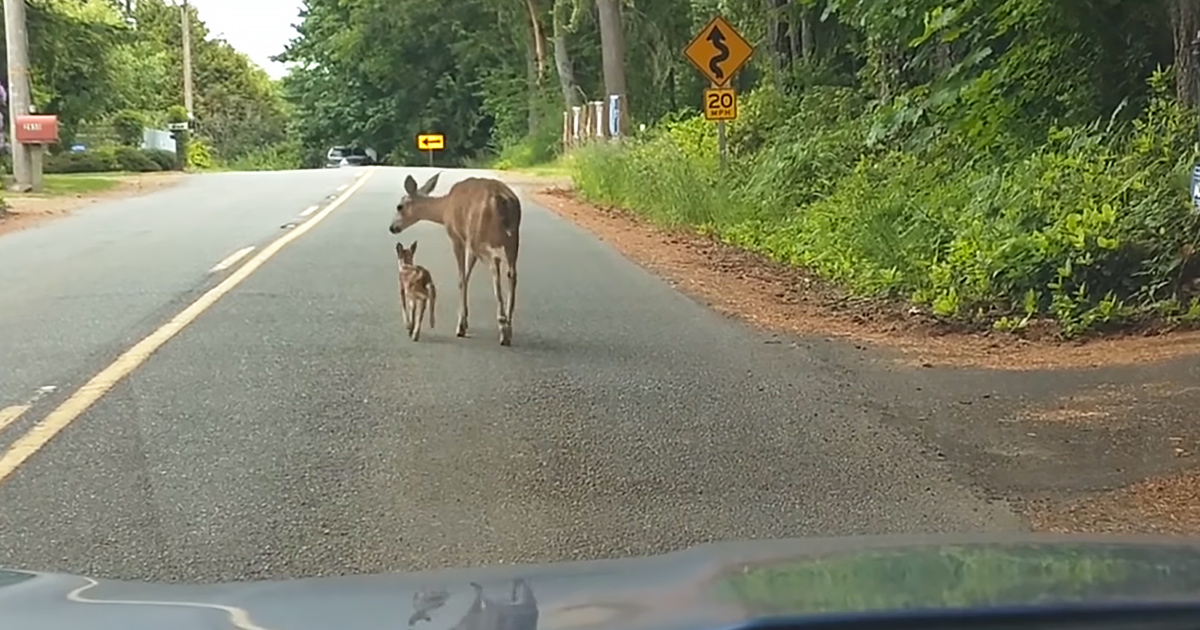 It was hard for the baby fawn to walk with wobbly legs, but the little one still followed the mama deer. The duo walked side by side before they went into the woods.