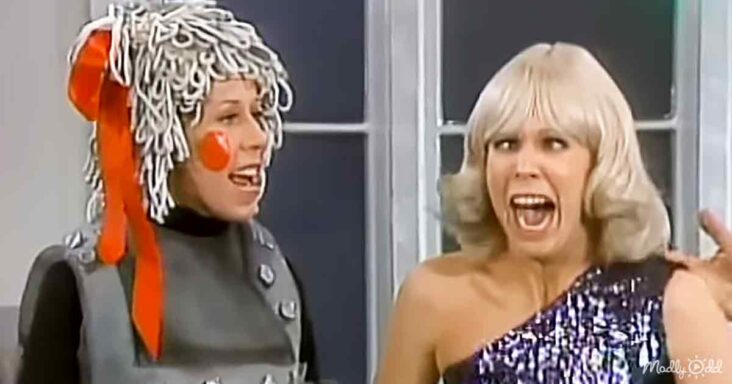 Two long-time rival doctors face off to see who’s invention is better on ‘The Carol Burnett Show.’ John Byner and Harvey Korman play two rival doctors who haven’t seen each other in years. Byner says, ‘Remember how you used to laugh at all my inventions?’ Byner has a tall box wheeled into the room. He continues, ‘I’ve built a woman robot. This time I’ve outdone you!’ adding a maniacal laugh. 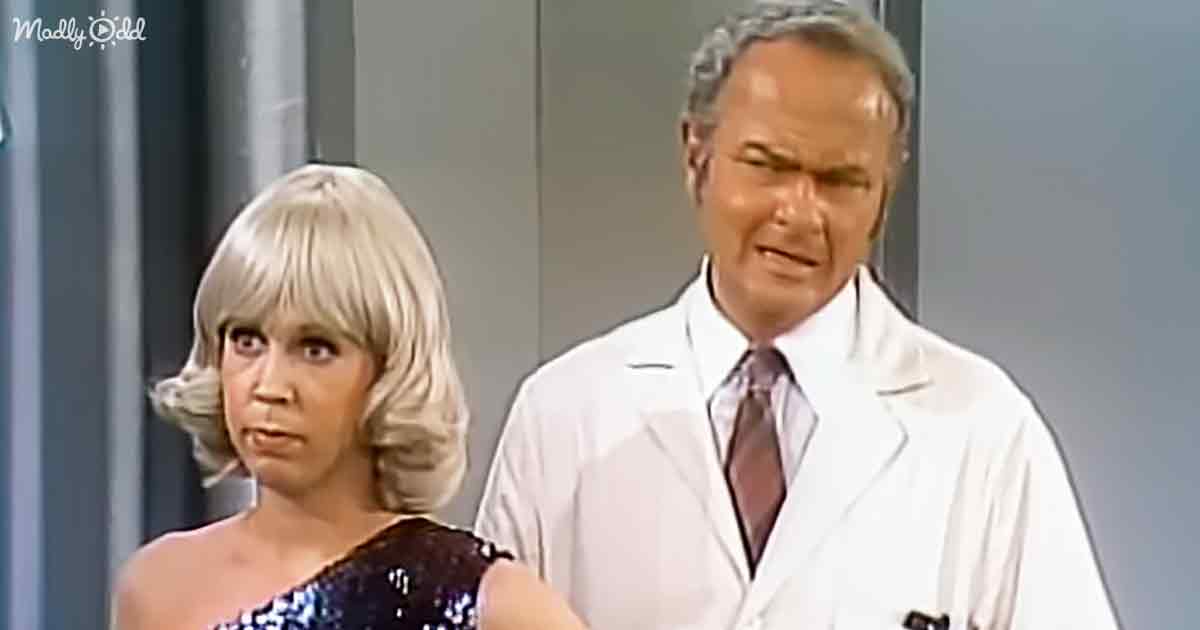 Before Byner can reveal his robot, Korman calls his woman robot out. Her name is Andrea, and she is played by Vicki Lawrence. Byner looks at Andrea in her stunning evening gown and says, ‘That’s a robot? Why look at those transistors!’

Byner goes over to the tall box and calls forth, saying, ‘Gark, Gark.’ Korman asks if that’s her name, and Byner says, ‘Just a working name!’ Carol Burnett, playing the part of Gark, comes out of the box looking like a cross between Raggedy Ann and the Tin Man. 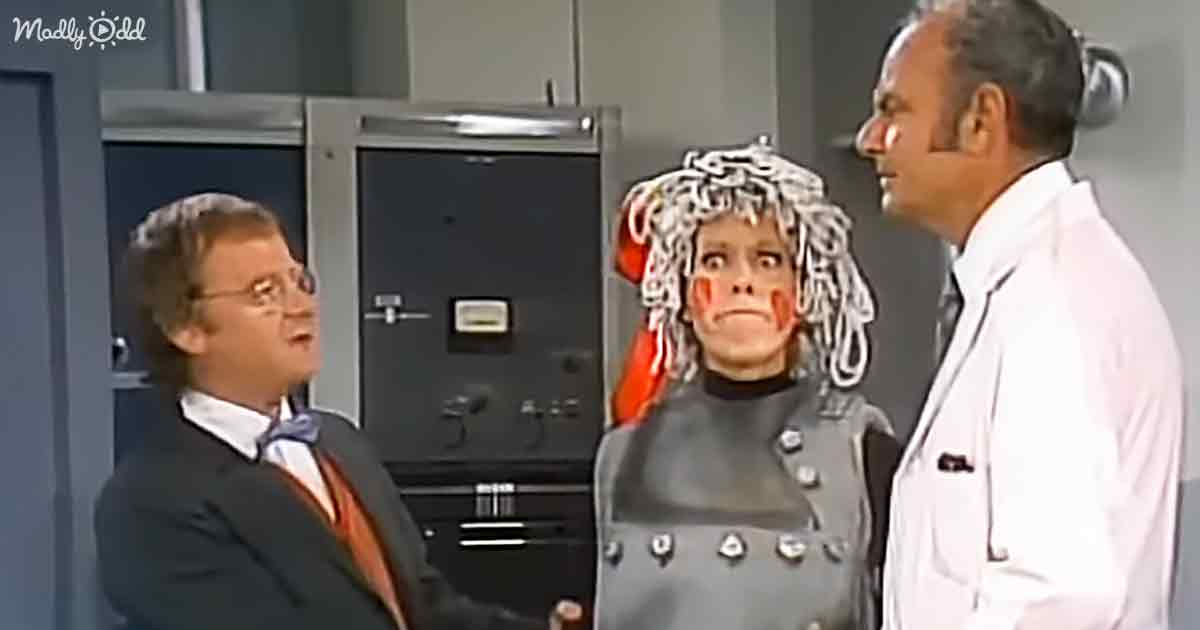 She is squeaking when she walks toward Andrea. Byner says, ‘You realize I only had days to work on her.’ Korman says, ‘You call that a woman!’ She even has a mop for a wig.

Byner says, ‘The important thing is she reacts well. She functions well.’ Korman tells his robot to pour him a drink, and she does it smoothly. Byner tells Gark to shake his hand, and she looks at him cross-eyed. Byner says, ‘Alright, give me your paw.’ He tickles her, and her leg shakes like a dog. 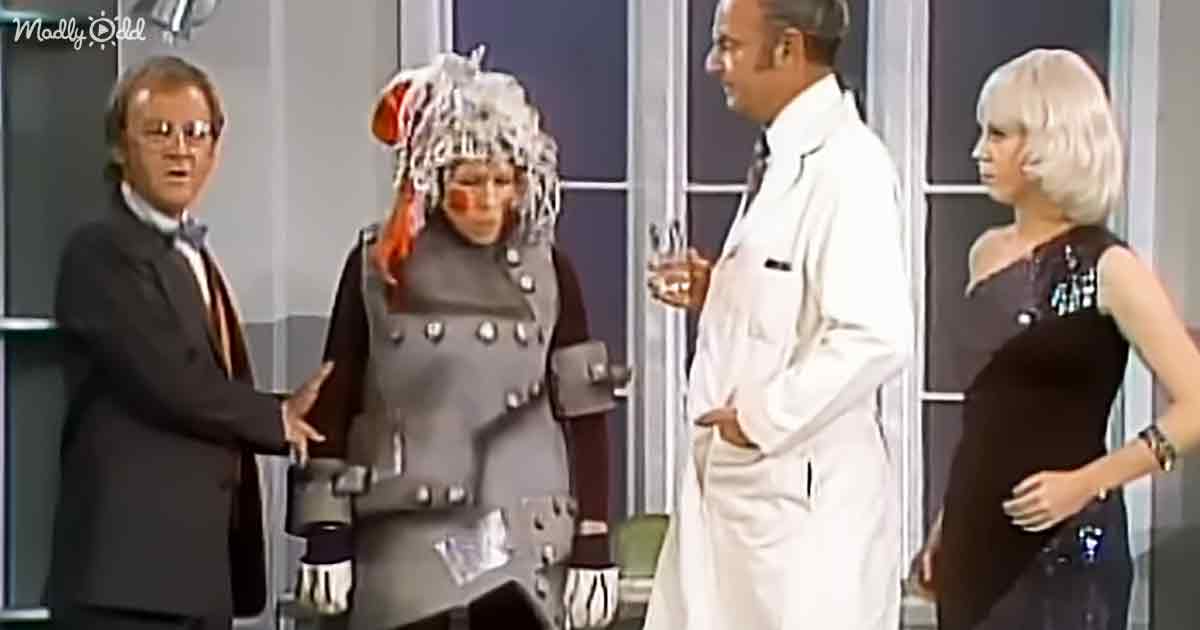 Korman, ‘What’s she doing?!’ Byner says, ‘Well, when I was building her, I was training my puppy too. But they’re both housebroken! The rival doctor is about to give up when the phone rings, and Gark picks it up and answers perfectly. Korman exclaims, ‘She spoke!’ Byner walks her back toward Korman, now proud of his creation.

Korman demands that his robot Andrea speak. Vicki Lawrence makes some hysterical facial expressions while she struggles to make a sound. Korman is frustrated and yells, ‘I must have Gark!’ Korman tells Andrea to attack. Gark defends herself by cracking jokes on Andrea while the robot struggles to make a sound. Finally, she falls to the floor, destroyed. It is another hysterical skit from ‘The Carol Burnett Show.’ 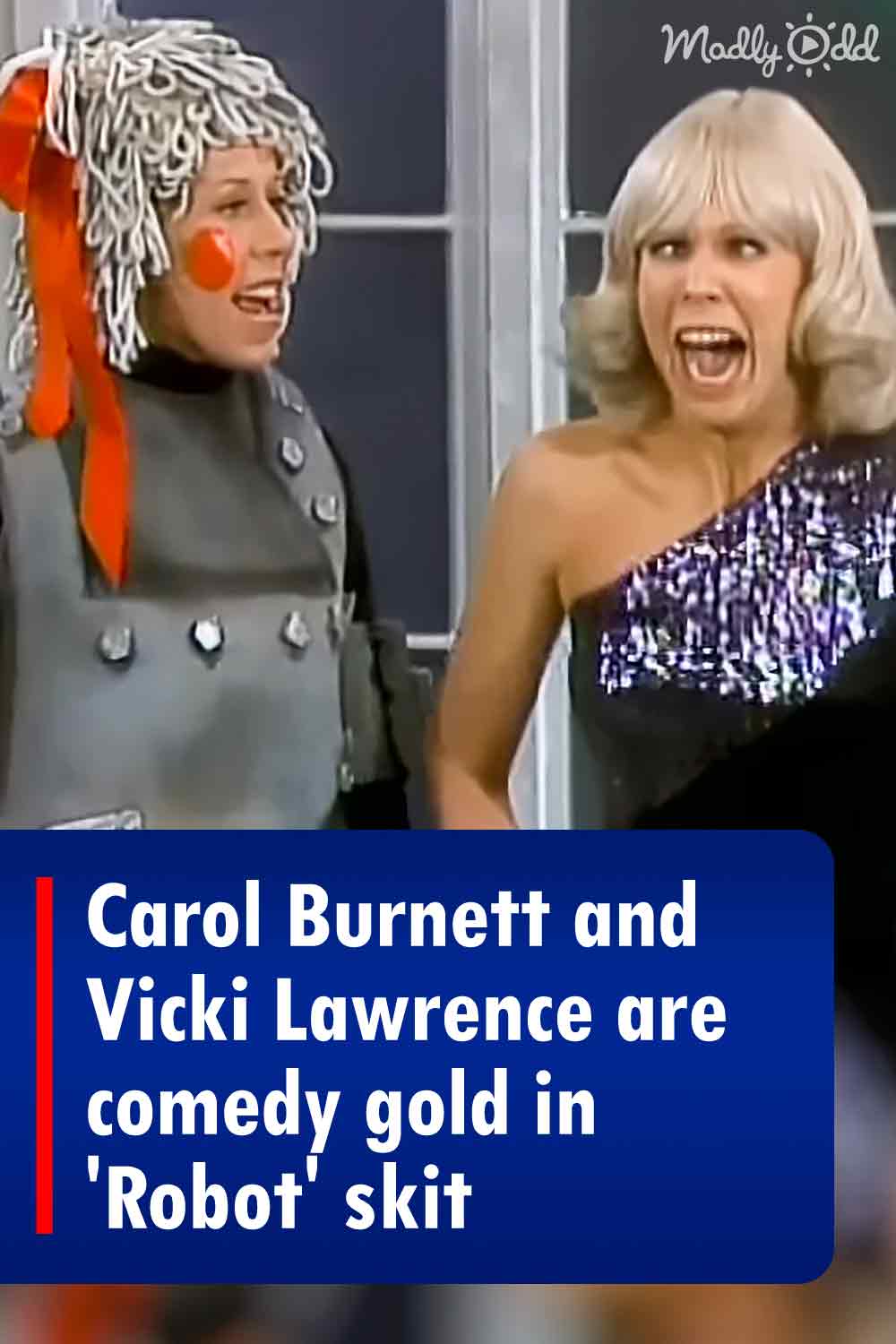