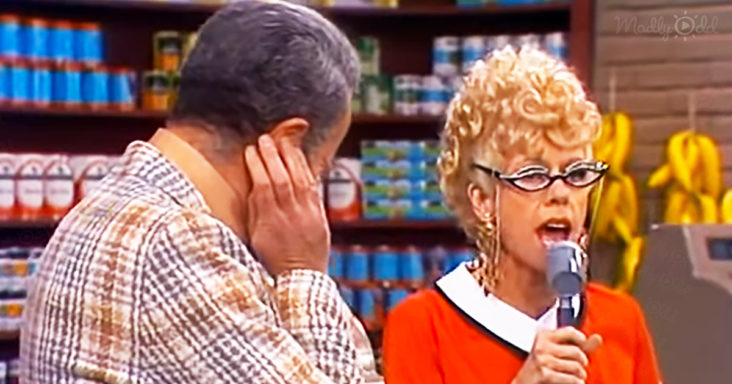 On The Carol Burnett show, they did a sketch about a shopper trying to check out at the grocery store as quickly as possible. The shopper was played by Harvey Korman, but unfortunately for him, Carol Burnett was the supermarket checker.

Harvey was in line with his date for the night. She was wearing a bright pink fluffy coat. She waited on the side as he went to pay for all his items.

He pushes up the cart, and Carol presses several buttons on the cash register and even smacks it a few times. After that, she tells him she is done with one item. 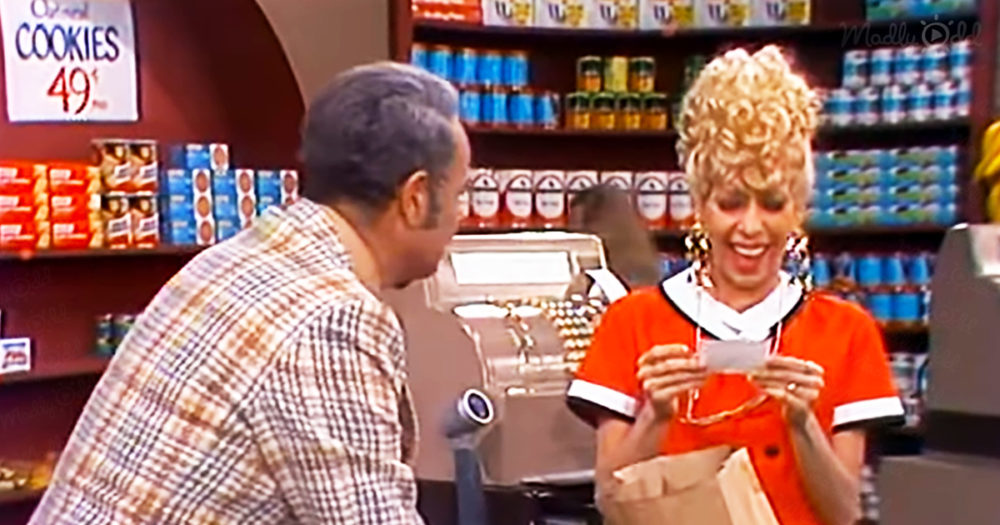 Harvey can’t believe it, and he asks her to hurry up. She explains that they have to constantly check if it is canned, frozen, pharmaceutical, etc.

Behind Harvey, his date talks to different men that come up to her. He tries to tell his date that he won’t be much longer. Carol is interrupted by another employee asking for coins because she is running a little short.

It takes a while, but finally, Carol is finished checking all of Harvey’s groceries. Harvey cannot believe how much it all costs, but all he wants is to get out of there.

As he’s trying to pay with a check, everyone in the grocery laughs at his driver’s license, which he had to show to prove his identity. His date walks out with a surfer because he kept her waiting for too long.