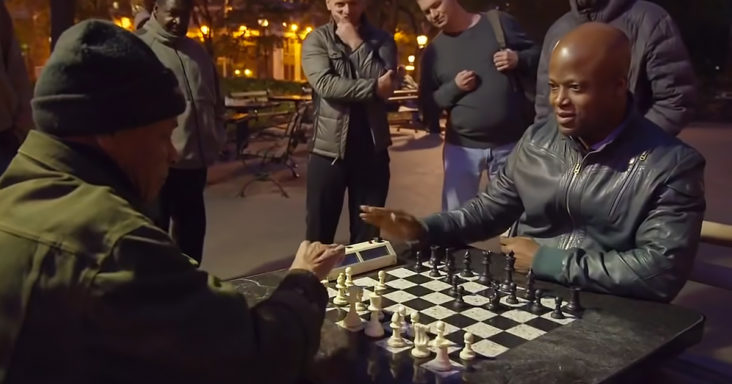 A chess hustler in New York City was destroyed in a chess game by Chess grandmaster Maurice Ashley. The hustler talks a lot of smack while Ashley calmly dismantles his game.

New York City is famous for chess hustlers who hang out in Washington Square Park and Union Square. They challenge people to games of speed chess, and make a few bucks along the way.

These guys are great. They’re funny, and they talk a lot of trash. And sure, some may cheat, but the small amounts of money people lose are generally worth the entertainment gained from gambling.

That said, it is highly delightful to watch this video of Chess Grandmaster Maurice Ashley taking on an unsuspecting cheater. In Manhattan’s Washington Square Park, a chess master lectures an arrogant opponent on talking trash. The resulting game is nothing short of impressive. After being scammed too many times when he was young, Ashley decided to hit the streets of New York to lecture the street hustlers. 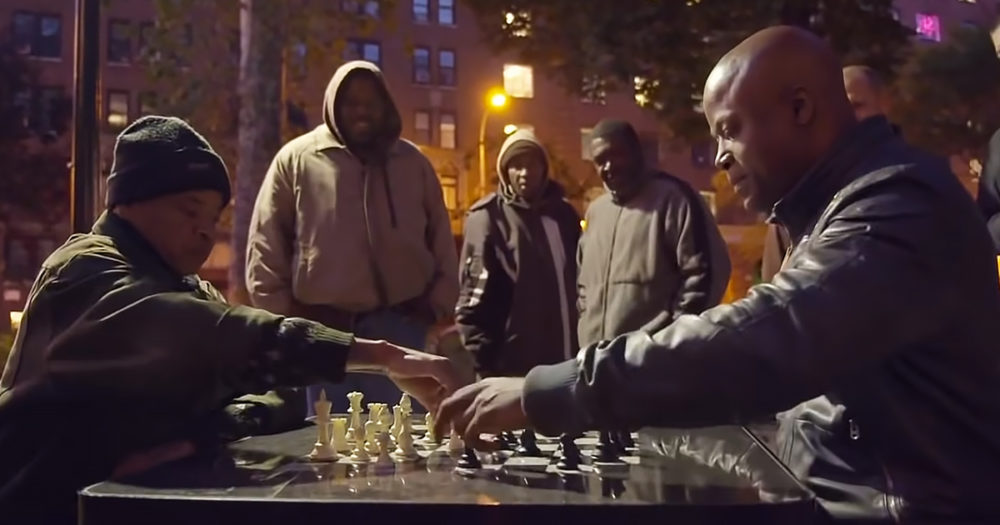 When a street player goes too far to speak ill, Ashley begins to shrewdly display his talents at chess. I bet this street gamer never imagined coming out on the losing side. This is a wild game! In addition to his very strategic moves, Ashley moves the pieces of the board at high speed.

He doesn’t even have to sight the board! You can’t help but just wonder how many games someone has to play before they can move the pieces without thinking twice or looking twice. He is a fierce competitor. As the game progresses, the street gamer realizes that this match may be a bit more challenging than anticipated. He begins to slow down his pace while he also tries to cheat!

But he’s making fun of the wrong person; this Grandmaster knows precisely where his playing pieces should be. Ashley immediately calls the man, warning him that he no longer feels “cheated.”

As the match resumes, the street competitor admits his mistake as he plays a difficult game. Within a few more rounds, you can see that Wilson(the street hustler) found out he was being outclassed and outmatched. I enjoyed the match a lot because Wilson gave the Grandmaster a run for his money. At the end, when Wilson found out he had lost, he started shouting for the camera to cut before finding out whom he had just played. This chess match is fun to watch for all that happened within that short time, and it will surely break your boredom any day.