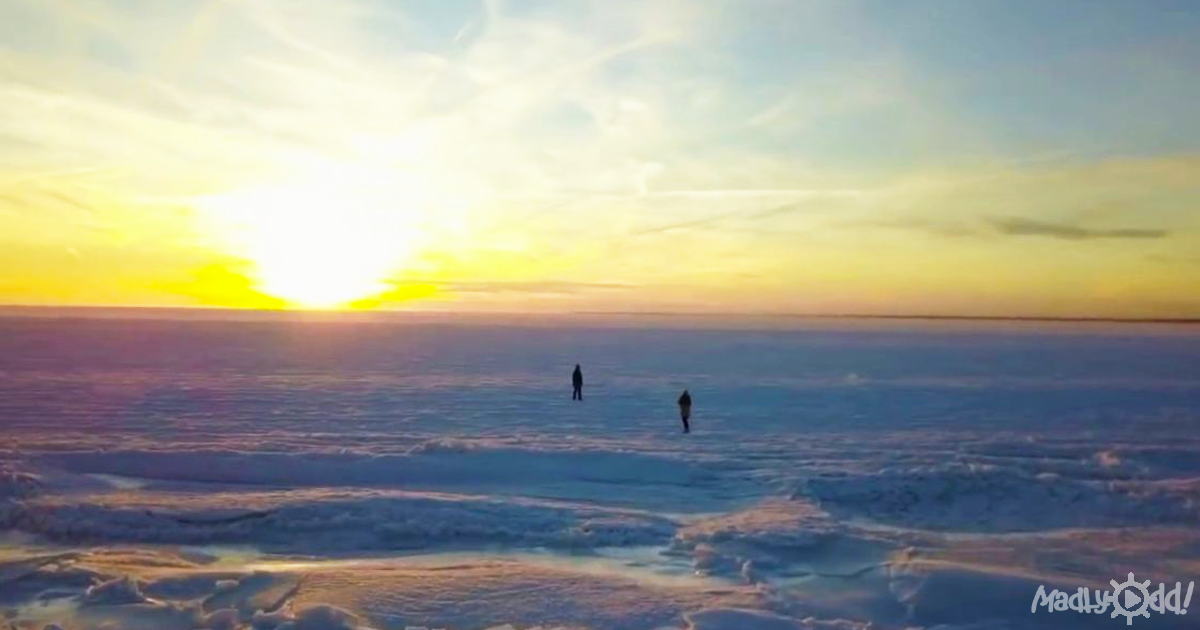 I have seen so many clips on YouTube that nothing surprises me anymore. That was until I saw the clip below.

We all know how powerful Mother Nature is and how she can be both beautiful and unforgiving at the same time. The term “Weather Bomb” is a term that until I saw this clip, was alien to me. This term is used to explain the rapid deepening of an “extra-tropical cyclonic low-pressure area.” Got it? Right now that we know what a weather bomb is, let’s see what it means to the average person. 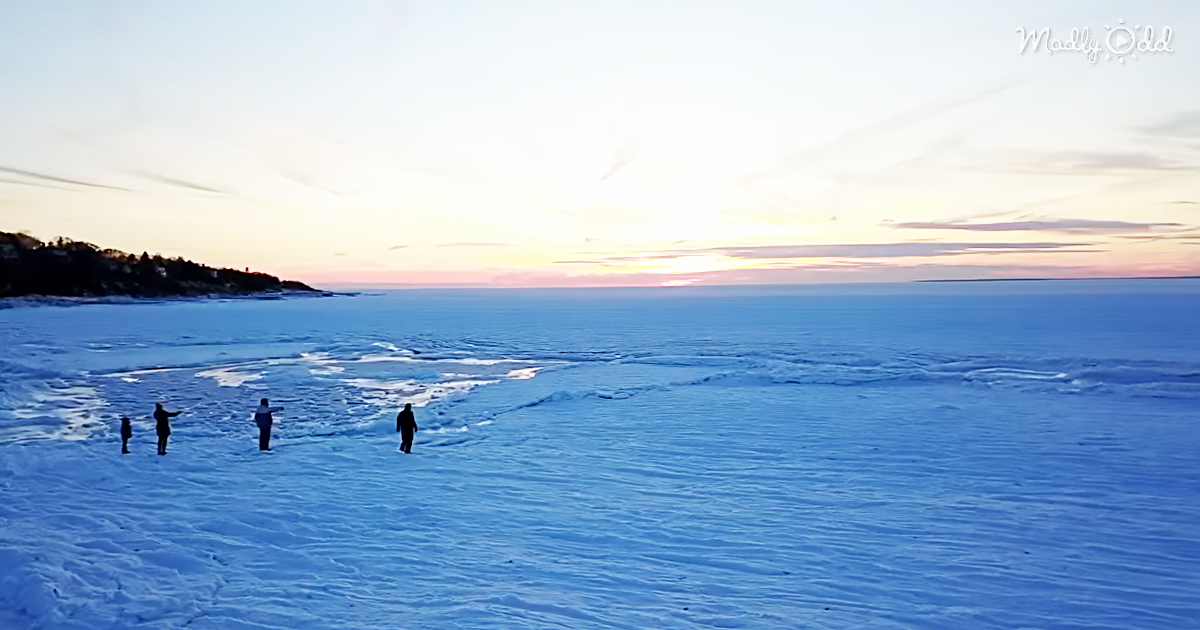 One such “Bomb” recently hit the east coast of the US and had some amazing effects on the ocean surrounding the town of North Falmouth, Massachusetts. North Falmouth is known for its many beaches, many are private estates, and one beach, the public beach called Old Silver Beach, suddenly froze after one of these so-called bombs hit the area.

Local resident Ray Canty was there when the storm went through and decided to take a look at what damage had occurred following the cessation of the weather. Ray decided to go to Old Silver Beach to see what effect the storm had on that piece of coastline. He sent his drone up and recorded some of the most amazing footage you will ever see. 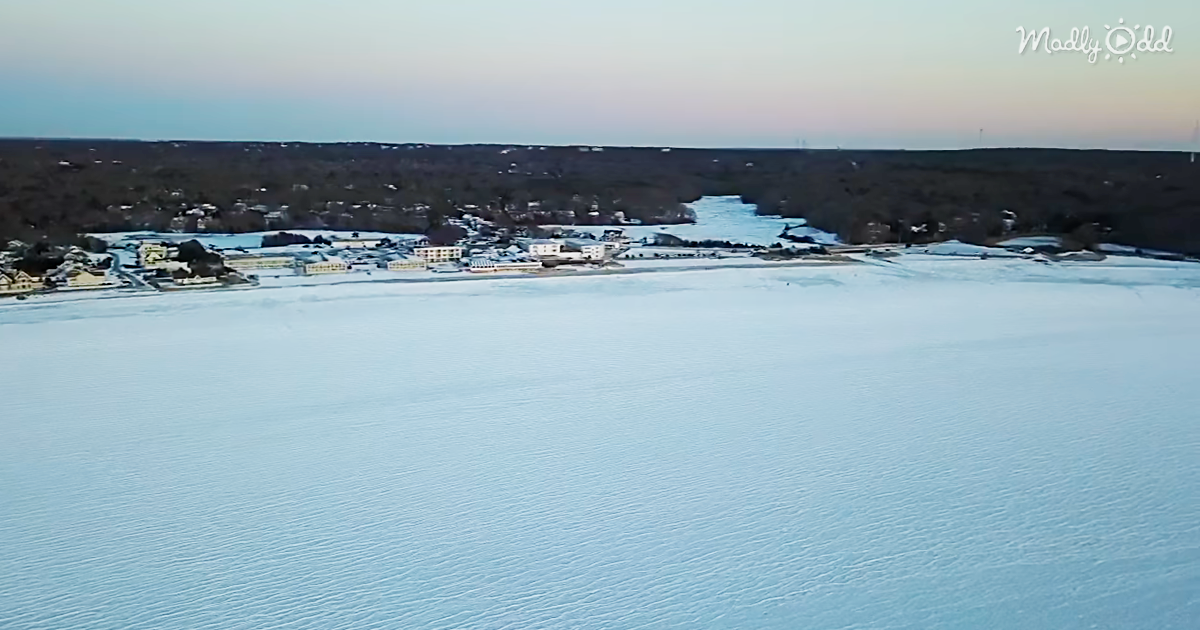 The storm had literally frozen the ocean creating the most surreal landscape you will ever lay your eyes on. Where there should be waves there is ice, this frozen body of water is so large it is hard to tell where the sea stops and the beach begins.

For those of us that live in warmer climates, it is hard to imagine such cold as the people in North Falmouth must have experienced on this day. For a beach to completely freeze the temperatures must have plummeted so quickly that it would have taken everybody by surprise. I guess with today’s technology there is enough warning to be partially prepared for such events. 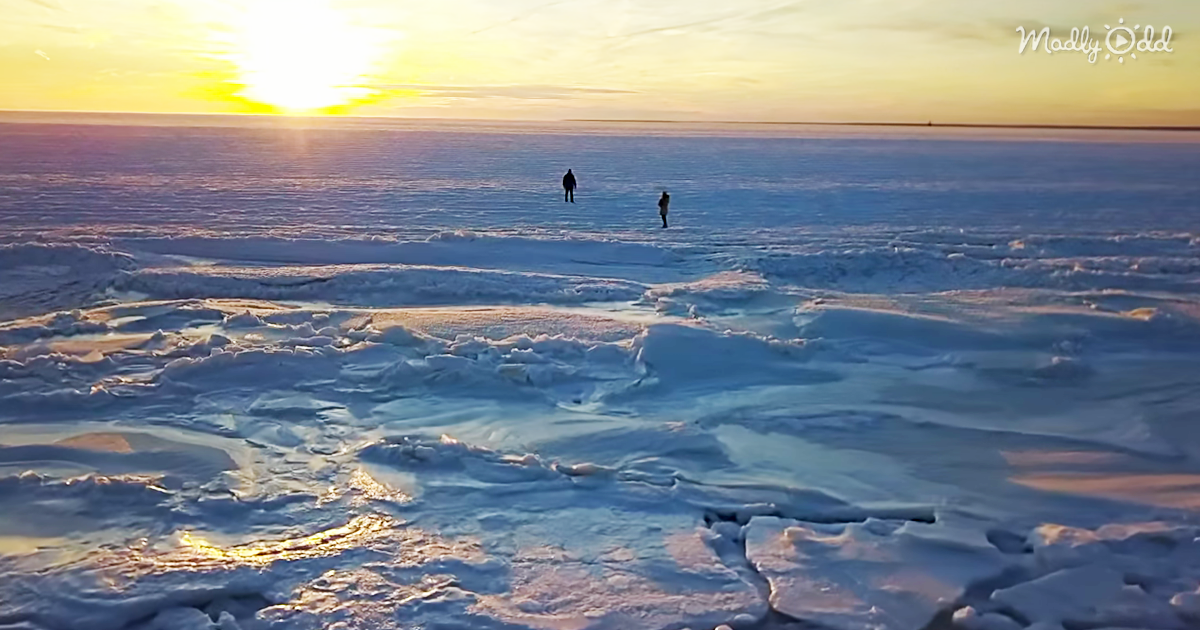 Mother Nature can certainly put on some amazing shows for us to enjoy. Next time you have a storm in your area take a look outside; be careful, of course, but rather than be afraid, take in a pure beauty that our world is surrounded by. We are living on a planet that both treats us well and can be unfair all at the same time.

The sheer scale of what happened to the sea is such an incredible sight that you will never forget it. The beauty will leave you breathless, and it is a phenomenon that you may never see again in your lifetime. Click on the link below, take a deep breath, and be amazed at what power Mother Nature can unleash when she puts her mind to it.