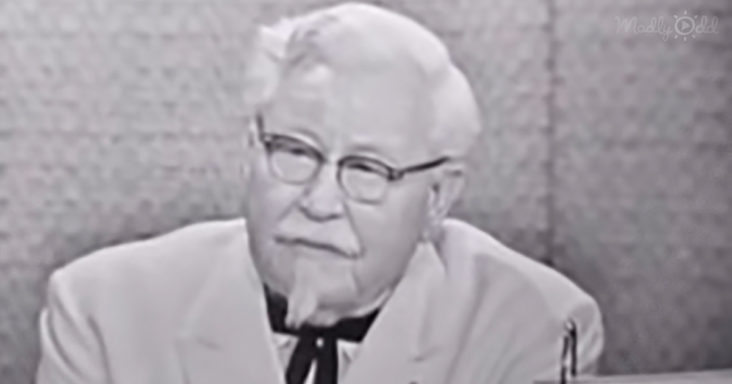 Launched on February 2nd, 1950, What’s My Line ?, hosted by John Daly and produced by Mark Goodson and Bill Todman, replaced a half-hour daily drama called FrontPage (which also featured John Daly). It began its initial season 18 every other week through September 1950 and then aired every Sunday at 10:30 pm. ET for the next 17 years.

An interesting episode of “What’s My Line?” from December 1963 with Colonel Harlan Sanders. Colonel Sanders is now so associated with Kentucky Fried Chicken that it’s hard to imagine situations when he could appear on a game shows and not be recognized. 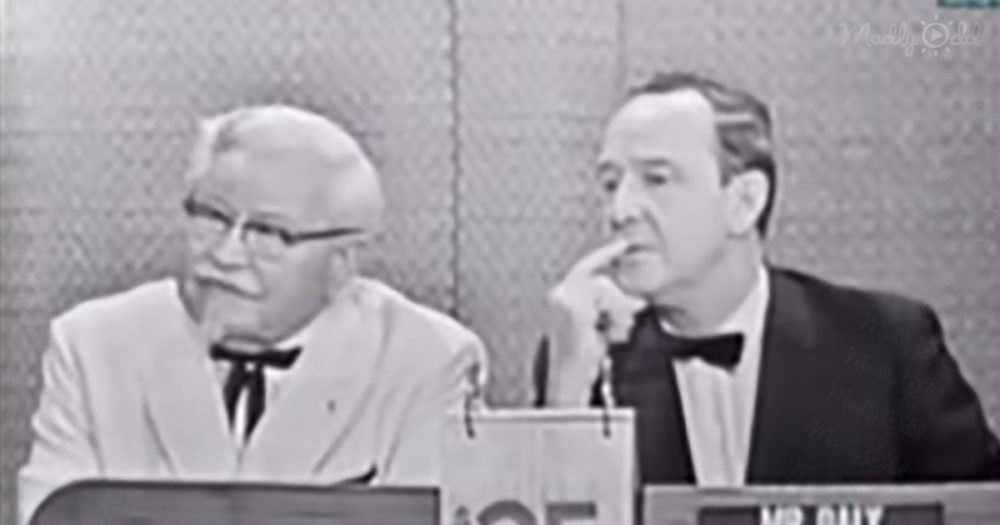 In 1952, at the age of 65, when most people were trying to slow down and retire, Harland David Sanders founded Kentucky Fried Chicken. We are fortunate that Colonel Harland Sanders did not believe the saying that “the future belongs to the young,” or we probably never would have had the scrumptious fried chicken that so many enjoy today.

KFC is arguably one of the most recognized brands in the world, and Colonel is one of the pioneers of modern franchises. Sanders had established Kentucky Fried Chicken in 1952 and when he appeared on the show there were already 600 franchises. In 1964 he sold his stake in Kentucky Fried Chicken for two million dollars. He kept the Canadian offices and excluded England, Florida, Utah and Montana as they had already been sold to others.

Sanders continued visiting Kentucky Fried Chicken locations and, as its brand ambassador, filmed many TV commercials and made personal appearances. Heublein Inc.—at the time an alcohol producer and distributor, bought the company in 1971 and, following its acquisition, Colonel Sanders began to criticize the company’s products in strong terms.

The show is a testament to how little publicity a CEO of a large company could get at the time, even one as flashy as the Colonel, a purely honorary title bestowed on him by the Governor of Kentucky. Sanders died in 1980; however, his image is still known around the world.