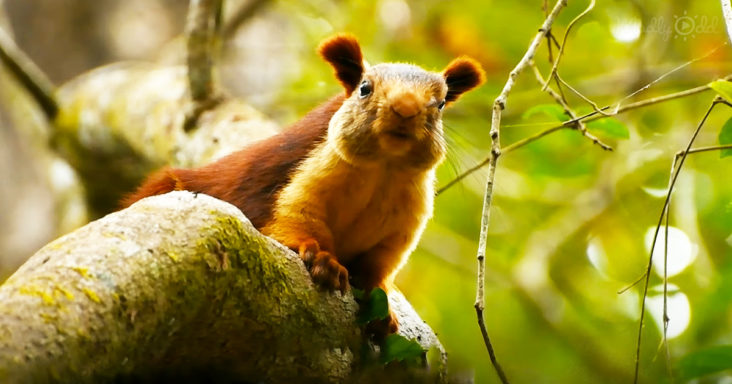 The squirrel is such a widely known animal that we never give it a second thought. We see them running around our parks and backyards all the time.

But there is one species of squirrel that will truly take your breath away – the Malabar Giant Squirrel. Found mostly in the southern forests of India, this giant squirrel is unique not just for its size but also for its striking colors.

Measuring at 10 inches to a foot, excluding the tail, this squirrel is a whopper compared to the tiny little ones we’re used to in our cities and towns.

And with fur in shades like brown, orange, maroon, and purple, colors rarely found in mammals, these forest creatures are a sight to behold. 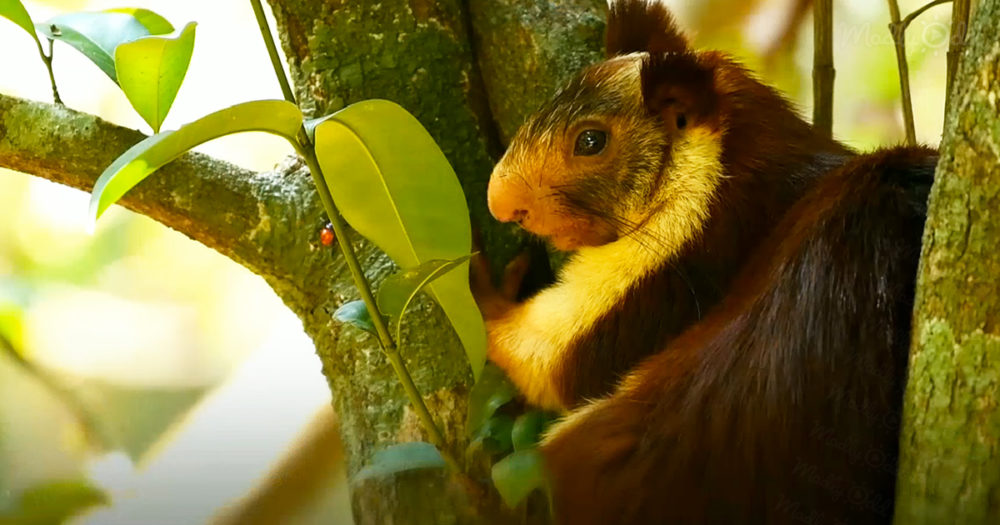 And while these colors may seem to be counterintuitive to survival in the jungle, they actually do provide the cover they need in the underbrush.

“In the shaded understory of a dense forest, the patchy colors and dark hues are a great adaptation to avoiding detection,” squirrel expert John Koprowski told The Dodo.

If you can find them, that is. They live in some of the thickest tropical jungles of India that are difficult for humans to access, although they do not particularly aver to human presence.

They are also not a particularly endangered species, but they are at great risk of becoming one due to habitat destruction.