Britain’s Got Talent has served up many remarkable acts over the years. Young performers eager to show their talents, older acts that have been hiding their talents for years, magic acts, dance troupes, comedians and even, like the clip will show you, cabaret acts that will totally amaze you with the originality of their routines.

When this group of entertaining men hit the stage no one, especially the judges, knew what to expect. Dressed in monks’ robes and wearing face masks, they look a sinister group of likely-lads. When asked what their dreams were, the spokesman for the group said “Our dream, is to express the talent that we have Simon straight away look very doubtful and suggested to the other judges that they were probably strippers.

Once the music started, and they made their entrance onto the stage, everyone in the audience sat in silence, waiting in anticipation for what was going to be the surprise of their lives. This group who called themselves “The Chippendoubles” had the crowd on their feet as the first of the performers removed his robe to reveal every recognizable face. It turns out that these guy were impersonators and as their act progressed more and more familiar faces appeared. 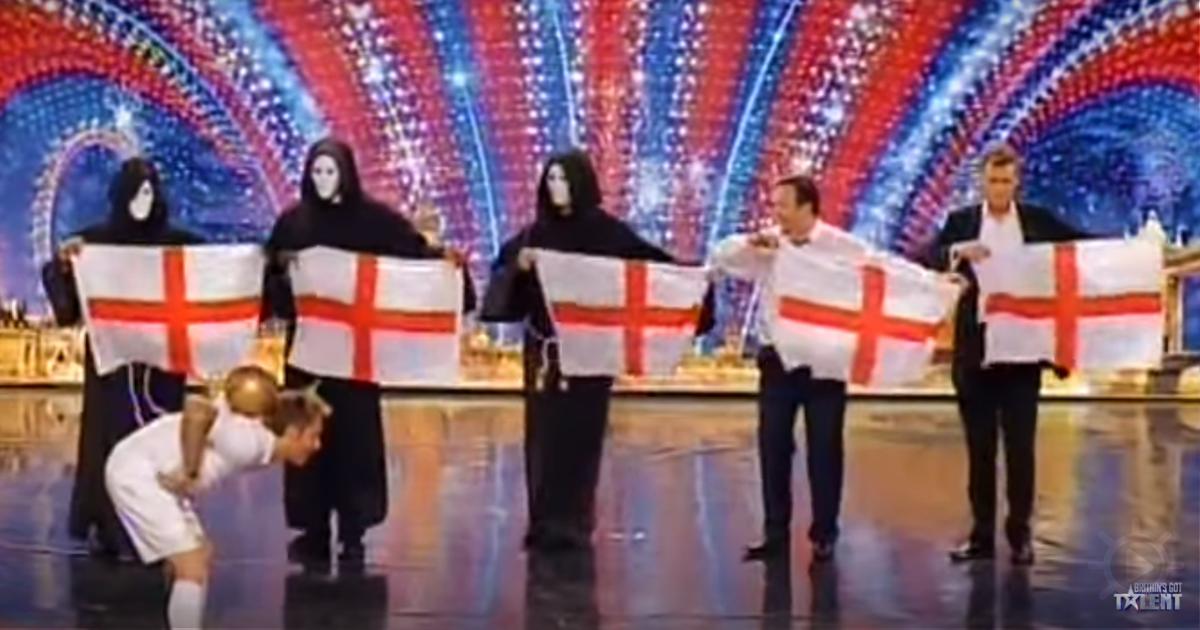 One of their reveals was a near perfect double of David Beckham. This guy, “Andy Harmer” is known worldwide for his amazing likeness of the English football legend. Harmer has been performing as Beckham since 1998, and even appeared in the films “Bend it like Beckham” and “Goal”. Harmer worked with the real David Beckham on his commercials for “Pepsi”, “Adidas” “Vodaphone” and many more. In 2005 his then group “The Copycats” were documented touring Japan in a “Sky One” program about look-a-like bands touring through Asia.

But the real surprise from this gang-of-doppelgangers came in the very last reveal of the act. As the others lined up, the last-man-standing slowly took of his robe, to the amazement of all there to witness this unique performance, before them was a near perfect double of the main-man himself, Simon Cowell. The crowd were in raptures as the judges stood up to applaud this very funny and entertaining group.

Simon’s response? “In a way, you are one of my favorite acts” a great complement from one of the world harshest judges to ever grace our screens. The crowd were delighted, the judges were impressed by these very talented guys, and then the decision……a unanimous vote that put through to the next stage. “The Chippendoubles” had won over the audience, the judges but most importantly, they had won over Mr. Cowell himself.

Click on the link below and enjoy this very entertaining, and very unique act.