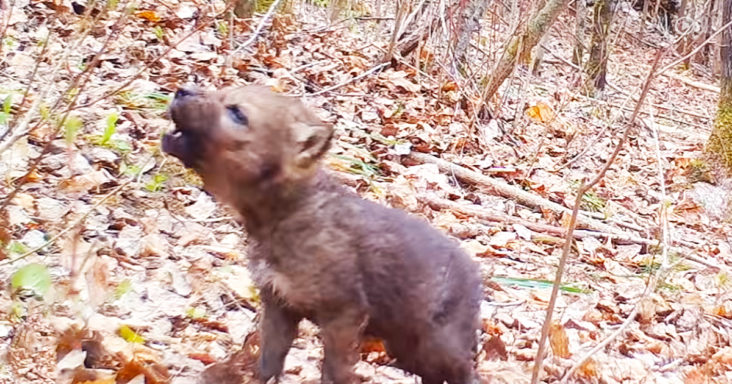 When a young wolf ventures out into the wilderness for the first time, you can expect to hear it send out a speculative cry or two. This video captures a young wolf’s first howls.

The video was captured by cameras set up by the Voyageurs Wolf Project, which is a research group dedicated to studying wolves in the Voyageurs National Park in Minnesota.

This little wolf is quite young, only a few weeks old, and evidently became separated from the rest of his pack. He wandered a few feet before sitting down in the leaves and sending up a howl. 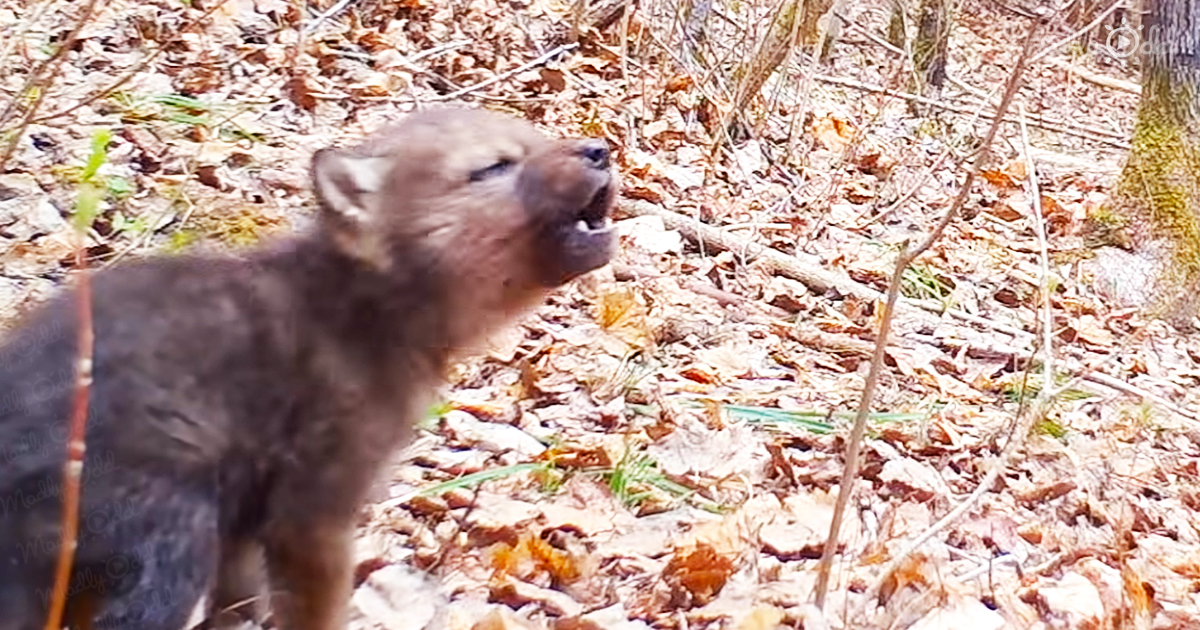 The sweet sounds show every bit of the wolf’s youth, with a high-pitched noise that sounds not unlike the cries of a child who is looking for his family or trying to find his way.

After calling out with a few howls, the wolf stops to listen, clearly tracking the howls that come back to him and determining which direction he should take with his next steps.

Finally, he lifts himself up and tries again, following the sounds of his fellow wolf pack and doing his best to follow the right path. It is a fascinating look at a wolf at the beginning of his life.

The Voyageurs Wolf Project has done an excellent job of tracking and studying these wolves, with the goal of creating greater understanding and allowing for the repopulation of a depleted species.