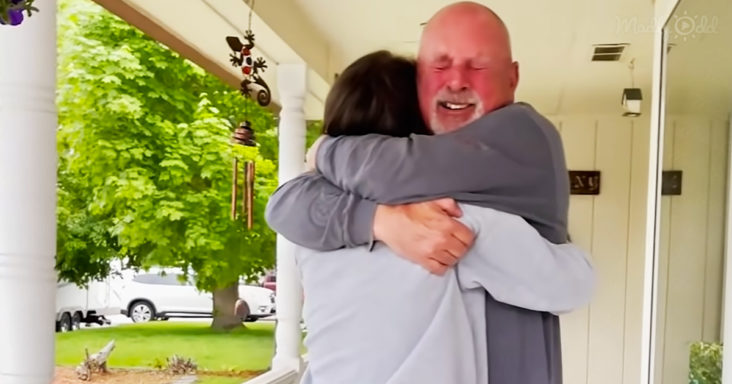 Jordyn sat on the front porch of her parents’ house in Washington, waiting to surprise her father. She had not seen her dad in nearly 3 years.

Now she was sitting and waiting for her mother to bring her dad out. The sound of wind chimes filled the porch. Her father’s name is William, also known as JR. He had no idea who was outside waiting for him.

Tyler, Jordyn’s husband, helped plan their trip to visit her parents. They lived in South Bend. When her father walks out, she greets him by saying, “This is a nice place you’ve got here, old man.” 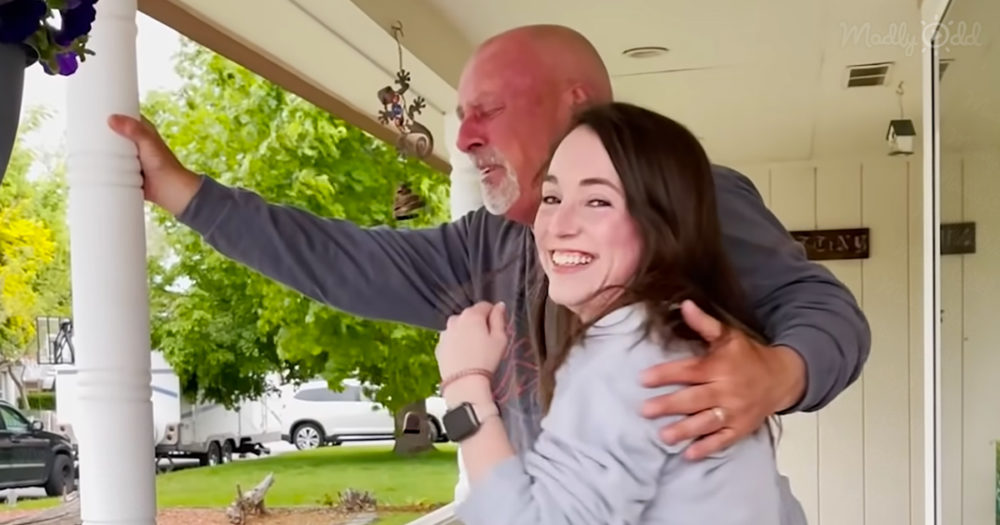 To say he erupted with emotion would be an understatement. William throws off the cap he is wearing onto the front yard and grabs the top of his head in surprise.

He runs over to hug his daughter and starts to curse and cry. After embracing her, he gets down on his knees because he can barely contain his emotions. Eventually, he gets his cap back on.

Even after they get into the house, William still continues to burst into tears. He could not believe that his daughter was there. They hugged several times, with tears streaming down his face.

Jordyn said, “It’s a memory I will treasure forever.” William kissed his daughter on the top of her head and could not stop smiling and looking at her with disbelief.