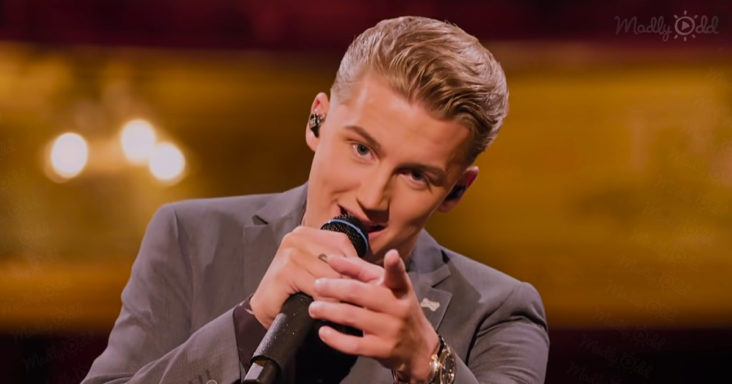 Mart Hoogkamer wore a slick suit on stage while singing ‘Unchained Melody’ by The Righteous Brothers. It was a very different performance from the video of him singing on the beach that went viral.

A few months before, Mart sang ‘Unchained Melody’ for his friends at a Spanish beach. He wore shorts and held a Bluetooth speaker in his hand.

Now he held a mic and was accompanied by a full band of musicians. The Dutch singer became famous after he participated in Holland’s Got Talent, where he finished in second place. 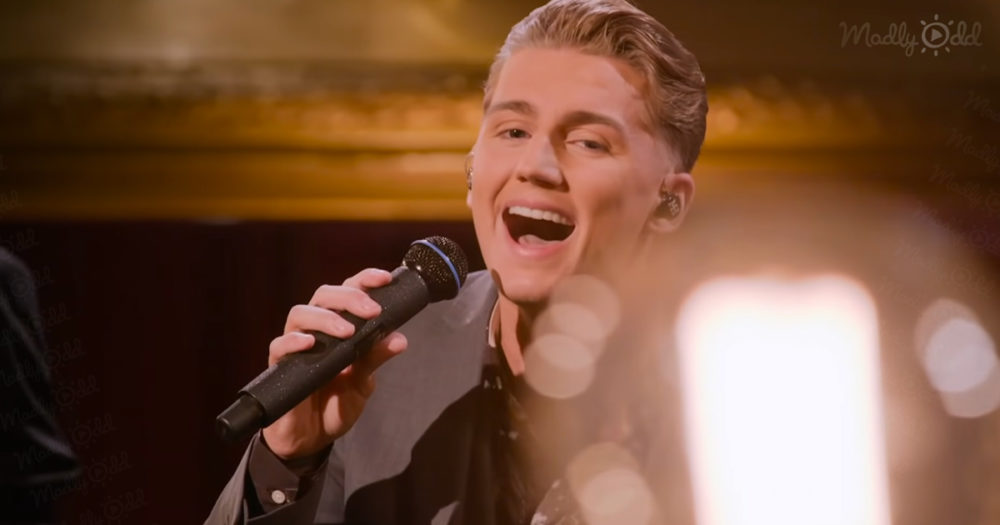 Mart delivers the same energy as he did on that beach. His voice is powerful and phenomenal as it fills the entire building. Several lit bulbs surround him and the band.

The band and Mart create a fantastic rendition of ‘Unchained Melody.’ Mart sings effortlessly and maintains a smile on his face for the majority of the performance. It may not be the beach, but he’s still having a grand time.

Mart was born in 1998, and his first appearance as a singer wasn’t actually on Holland’s Got Talent. He was a contestant on “Children Sing With Stars” when he was around 10 years old.

In that contest, he came in second place as well. Whether it be the Spanish sands or in a music theatre, no matter the venue, Mart Hoogkamer always sings with the same passion in his voice.