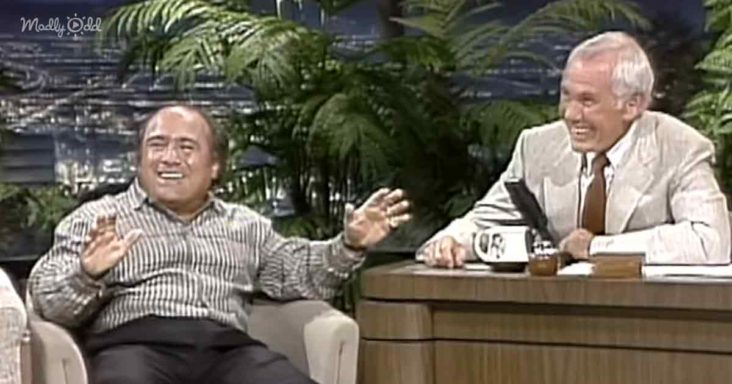 Carson’s Tonight Show was one of the best late-night shows on American Television, hosted by Johnny Carson. The show debuted in 1962 on NBC and was loved by everyone. However, one of the rare interviews of the comedy genius Danny Devito recently gained much attention because of its hilarious nature. 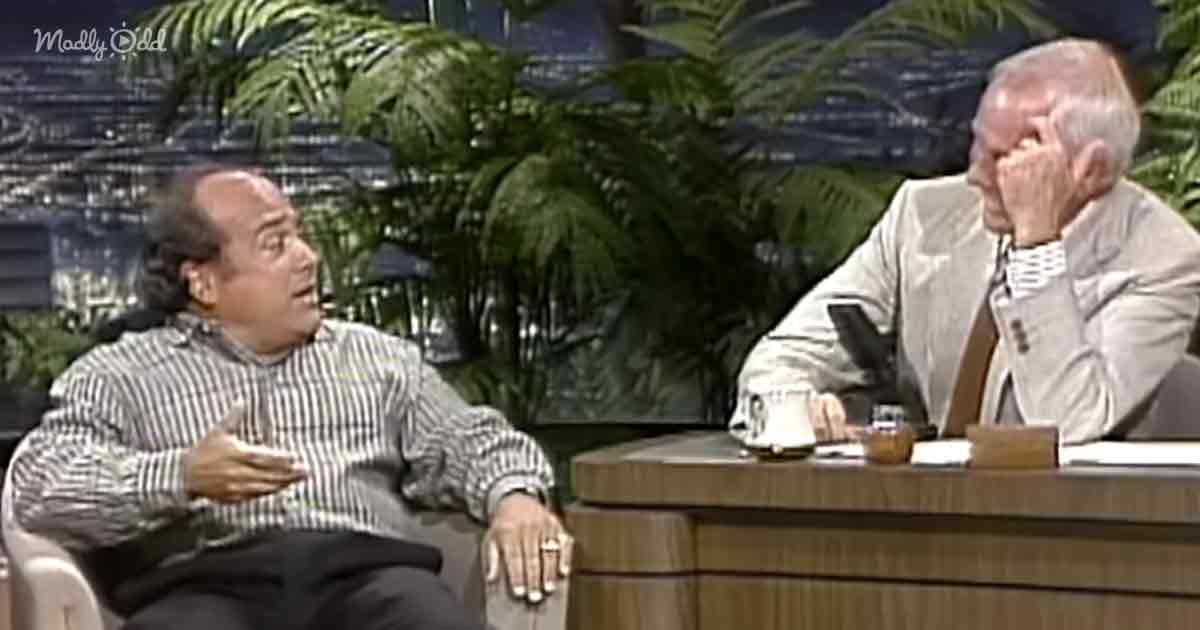 The star of “Ruthless People” and “Taxi” made a confident entry to the show and greeted Johnny Carson & Ed McMahon with a huge smile. It was a pretty funny interview where the versatile actor spoke about his childhood, his debut, and humorous incidents of his life.

Daniel Michael DeVito Jr was born to Italian-American parents and was raised in New Jersey. He spoke about his dad, an entrepreneur, and even told Carson that he was a hairdresser at his sister’s salon. Later, he revealed that he went to the Wilfred Academy, where he learned about hairdressing. His specialty was the beehive hairstyle. So the actor, who was a stylist at that time, got an opportunity to test if the hairstyle would last for a long time. 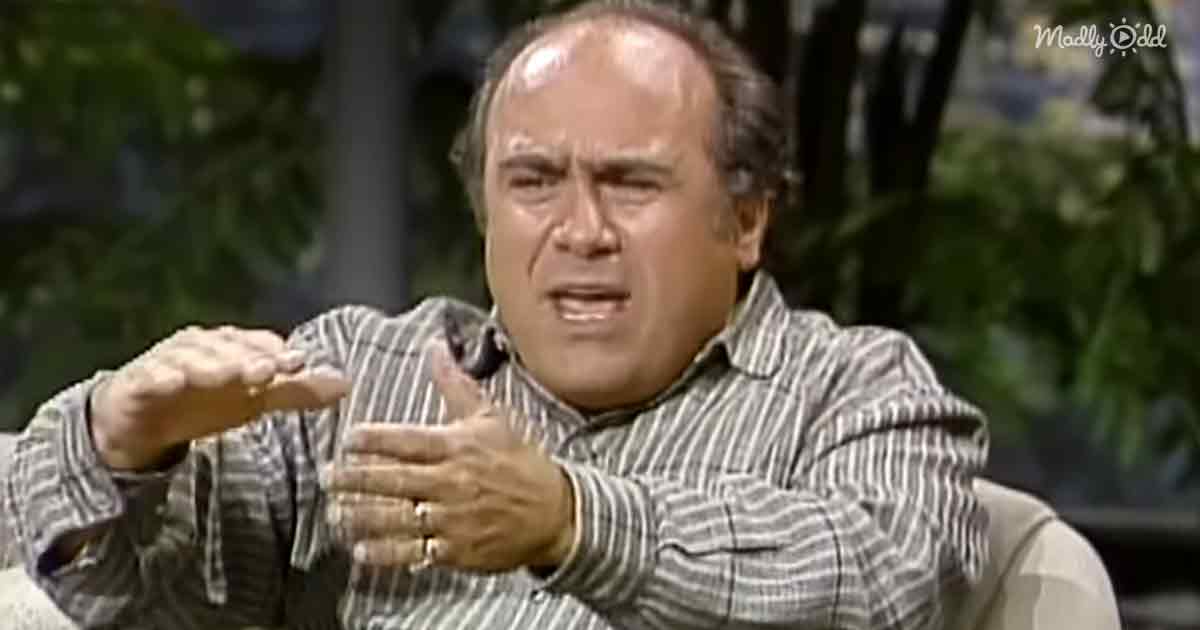 One of the magazines had decided to shoot for the cover page. They insisted on a beehive hairstyle for their model, which was done by Danny himself. The poor woman had to stand at the jetty down at the shore and was stuck around a 25-knot wind to see if the hairstyle would hold up.

Later, he spoke about his first audition with his present wife, Rhea Perlman, at Broadway. He said about how they worked together on their first play, “Vinyl Visits an FM Station,” during his struggling days. The theatre was not well-manned and had people drinking and relieving themselves off the balcony if they did not like the show. To which Carson replied, “He must be a bad critic.” This comment made the audience laugh hysterically. 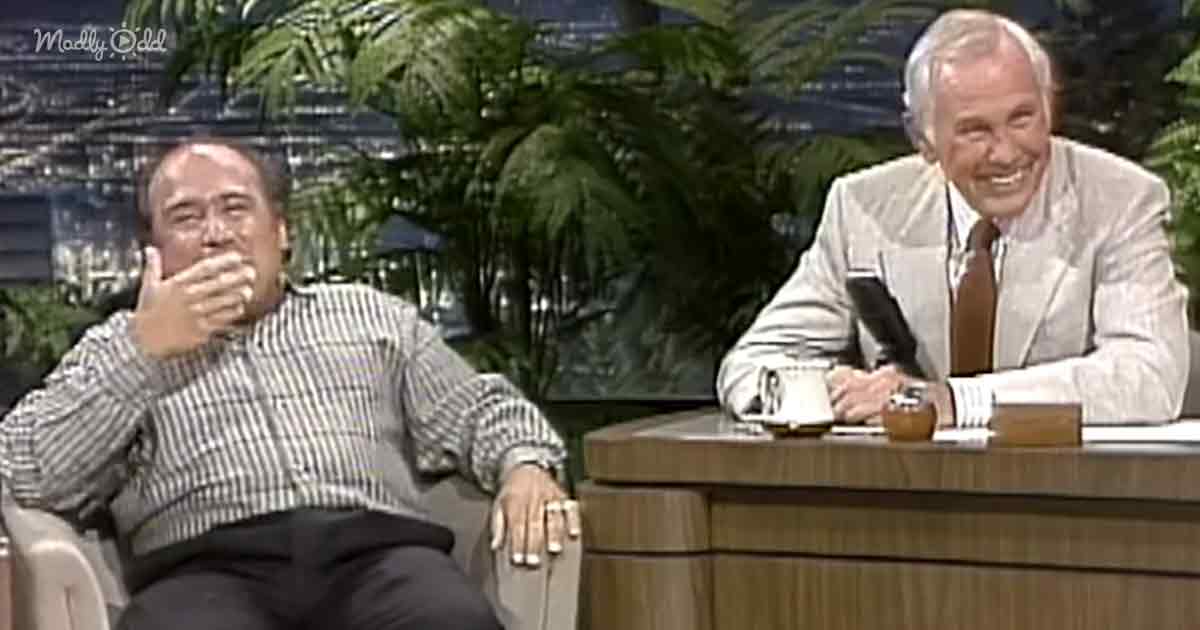 Another funny incident that he remembered was when he was at his father’s pool hall on Asbury Avenue, NJ. A carvel next to the pool hall sold soft ice cream. As it was summertime, many people were in front of the store. However, Danny and his friends had a mock fight on the street, surprising the people at the carvel. The poor customers had ice cream dripping over their shoes and were surprised to find themselves in such a situation.

Danny even spoke about his movie “Ruthless People.” He told Carson about the hilarious script about the man wanting to kill his wife. He even talked about his movie co-stars Michael Douglas and Kathleen Turner of “Jewel of the Nile.” He said how he kept on telling the joke about “wig worms” to every person he met. Even when he flew over to Morocco for tea with an Arabian governor, he did not spare the poor soul and made him burst out laughing at his joke.