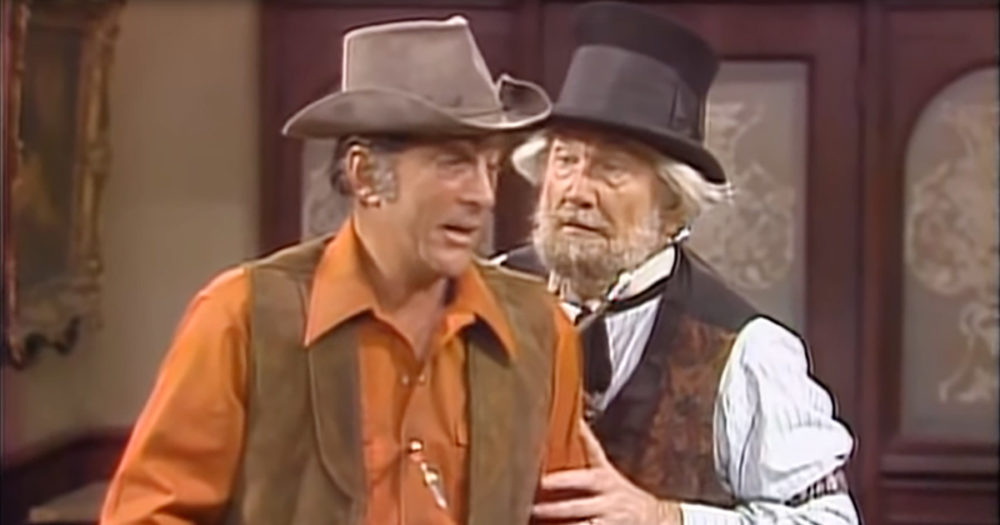 Dean Martin was the king of Classic TV. His movies and roasts still make us chuckle decades later. Foster Brooks was a rather hilarious man, too. When those two performed together on ‘The Dean Martin Comedy Hour,’ it was pure comedy gold.

Brooks was a regular at the legendary roasts of that era as surely you’ve seen. Everyone exploded in laughter walked up to the microphone. He was that funny. Dean, much like our beloved Harvey Korman, couldn’t keep a straight face when Brooks was around.

In the hysterical comedy clip below, Dean is hunting for a doctor after a rather lousy encounter with the locals. When he walks on stage and up to the bar, the moment Foster Brooks turns around, Dean loses it. You’ll soon see why.

According to our good friend Ms. Wikipedia: The Dean Martin Show, not to be confused with the Dean Martin Variety Show (1959–1960), was a TV variety-comedy series that ran from 1965 to 1974 for 264 episodes. It was broadcast by NBC and hosted by entertainer Dean Martin. The theme song to the series was his 1964 hit “Everybody Loves Somebody.” I bet you remember it now, don’t you?

This is Classic TV at its best! Nobody was too worried about offending anyone. Great comedians don’t worry about such matters! That’s the point of comedy, to make as laugh — and sometimes at ourselves.

When the players are breaking up, you know the fans are enjoying it, too! It is difficult not to break into a smile when watching this. Dean couldn’t even keep his cool and neither could we. Gosh, that was good TV back then.

In this double feature, you can laugh some more as you watch Dean Martin being roasted, Foster Brooks had to be there, of course! They knew it would crack Dino up, that’s why! Share this if you miss this brand of humor as much as we do.