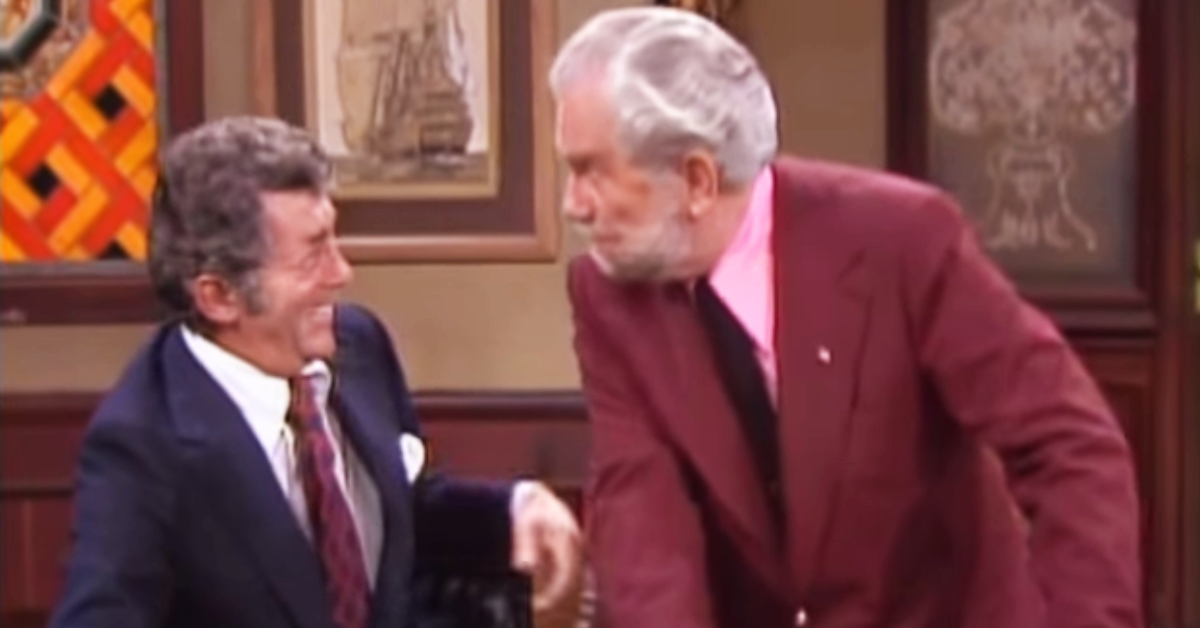 The Dean Martin Show was a major part of TV’s golden age, right along with the likes of The Danny Kaye Show, The Carol Burnett Show and Laugh-In.

Who can forget watching Martin yucking it up with celebrities John Wayne, Sammy Davis, Jr., Kay Medford, Jimmy Stewart, Jonathan Winters, and a galaxy of other stellar guests.

In this funny sketch, character actor Foster Brooks, nicknamed “the loveable lush” due to his frequent gag of appearing to be inebriated, staggers into an empty nightclub where Dean and his pianist Ken Lane are chatting at Ken’s grand piano between sets.

When the staggering, stumbling, mumbling Brooks reveals that he is an airline pilot, the audience howls. Soon Dino himself loses his straight face and can’t help from chuckling at Foster’s antics.

Keep in mind this is comedy, not real life and you’ll be happy to know that in real life, Brooks had quit drinking in 1964!

Be sure to watch this sketch until the end because you’ll notice Foster breaking character to take a bow just before he exits—his way of reassuring the folks at home that it was all an act.

Similarly, Martin’s image was always that of a debonair loverboy, rarely seen on the show without a drink in one hand and a cigarette in the other. You might be surprised to learn that when the drank on TV, the whiskey in Dean’s glass was only apple juice.

Given how much joy Martin appears to be experiencing in this clip, it’s hard to believe he was originally against doing the series because he had a full plate with his movie and nightclub careers. When the network first offered him the gig, he purposefully made high salary demands and told them he wouldn’t show up to rehearse, hoping to kill the whole idea.

When the network agreed to his outrageous terms, he reluctantly agreed to the job.  “They went for it, so now I have to do it,” he told his daughter Deanna Martin.

“This is the funniest segment I’ve ever seen!” agreed another fan. “My dad and I used to watch these when they originally aired and we would literally be gasping for air and in tears!… And Foster continues to pummel him with his jokes. Unbelievable! God bless you, Foster.”

Watch Foster give Dean and Ken a comic workover by clicking the video below. Trust us, you’ll want to share it with a friend.