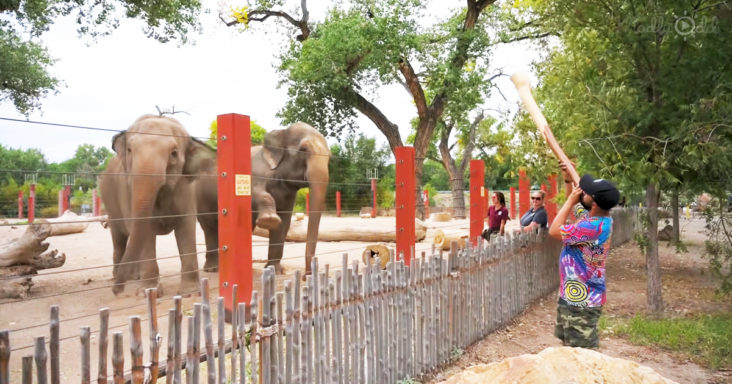 Allan McKenzie is from Australia and is very good at playing the didgeridoo. While at the ABQ BioPark consulting for their Australia expansion, they asked him if he would give a performance for two elephants.

The elephants’ names are Alice and Irene, they were standing by the fence and eating while McKenzie prepared for his performance. He rested the large instrument on a small fence in front of him.

The didgeridoo is a large wind instrument that originates from Australia. It has a very unique sound and it takes a lot of practice and skill to play properly. 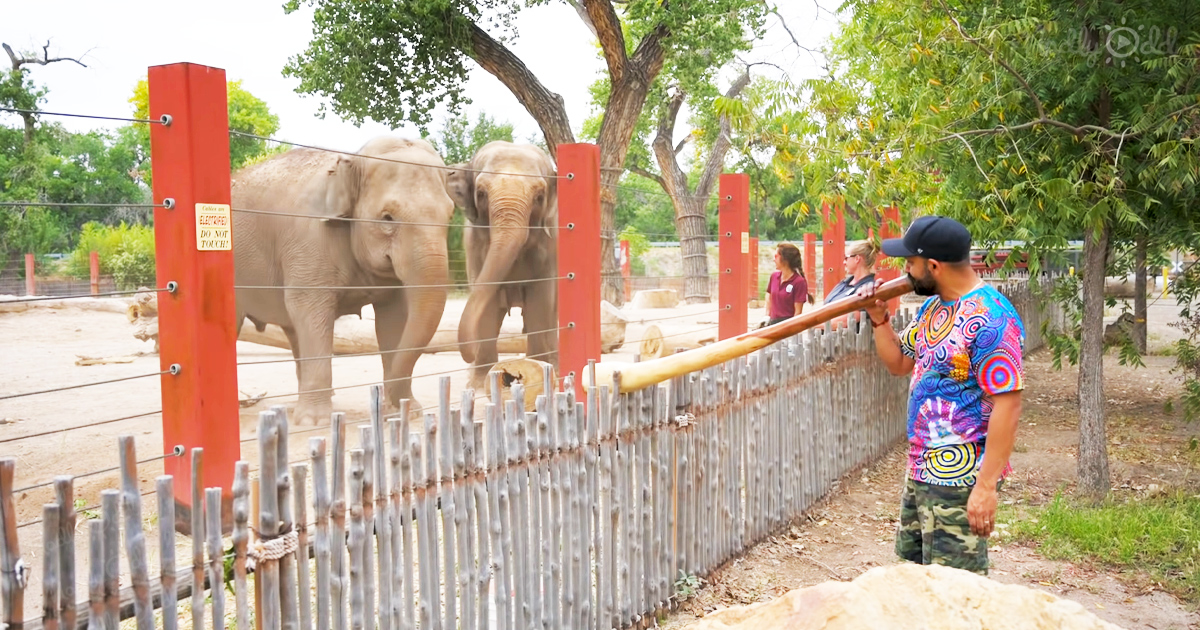 When McKenzie played for the elephants, he made it look easy. Once he started his performance, the elephants immediately perked up and slowly moved towards him. One of them even spun in her place a few times.

They continued to watch McKenzie as he played the large instrument, it must have looked like a trunk to them. The elephants danced and even cheered for him with their mouths and trunk.

At one point McKenzie lifted the didgeridoo in the air with both hands, hoping the elephants would raise their trunks as well. The elephants followed his example and raised their trunks, letting out a trumpet-like noise.

It was a stellar performance on both their parts. McKenzie clapped for the elephants, and the employees at the zoo clapped for both sides. Everyone was incredibly thrilled by the joyful reaction of the elephants.