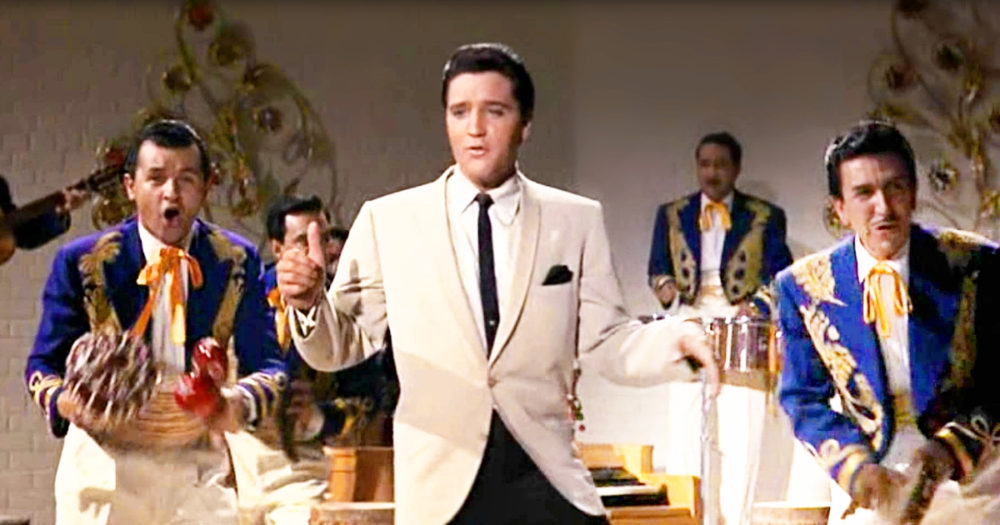 This wonderfully restored, a high-quality clip is from “Fun in Acapulco”, a wonderful musical comedy released in 1963 starring Elvis Presley and Ursula Andress. When you watch, you’ll know why Elvis will always be “The King of Rock and Roll”.

The film featured the Top 10 Billboard hit “Bossa Nova Baby” and it reached #1 on the weekly box office charts only a week after the tragic death of President John F. Kennedy in Dallas, Texas. The film would be Presley’s last release before the arrival of Beatlemania. It was the top-grossing movie musical of 1963.

The plot: Mike Windgren (Elvis Presley) works as a hired hand on a boat in Acapulco, Mexico. When Janie Harkins, the obnoxious daughter of the boat owner, gets him fired, Mike must find new work.

A kind Mexican boy named Raoul helps him get a gig as a lifeguard and singer at a neighborhood hotel. Arguments abound when Mike runs into a rival lifeguard, who is the “hero” diver of Mexico. He is angry at Mike for taking some of his hours, and for stealing “his” woman. It gets juicier…

Mike is recovering from PTSD and a fear of heights (following high-wire accident during his career as a circus performer.) However, after Mike sees the other lifeguard perform some dangerous dives, he decides to settle the score and shows a death-defying plunge off the 136-foot cliffs of La Quebrada in front of hundreds. Mike dives off the cliff, and lands in the water (was there any doubt), earning the lifeguard’s respect.

As the crowd and the lifeguard applaud, Mike performs one more song and leaves with Margarita and Raoul. And this is where we leave you with this wonderfully restored video.