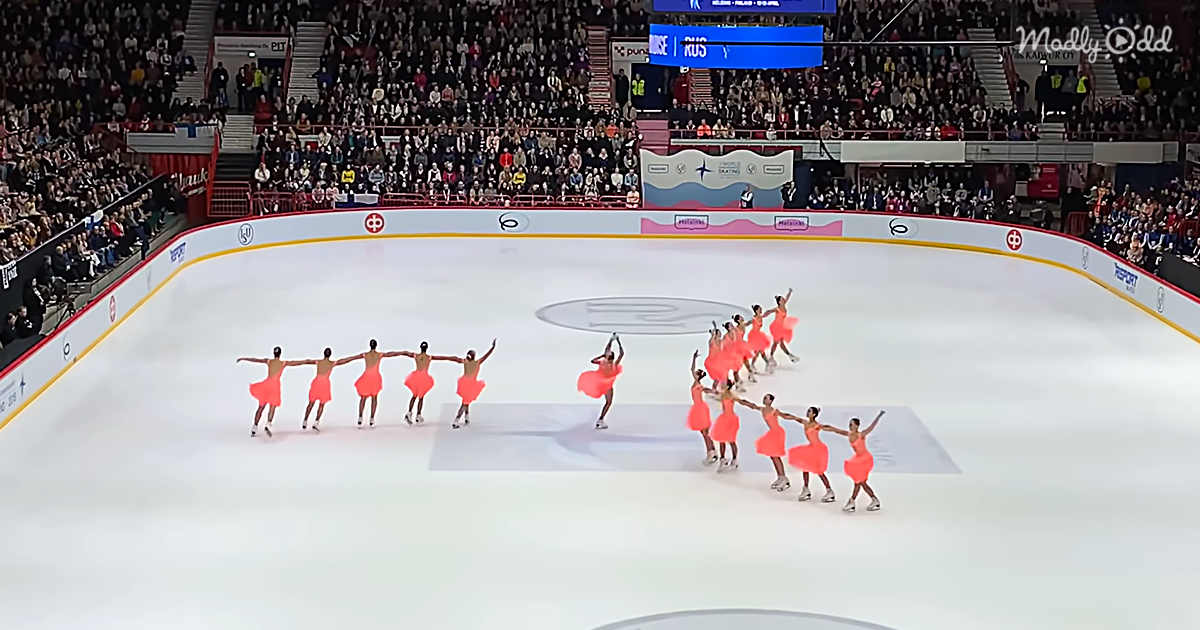 “Paradise” has won the title of world champion three times for synchronized ice skating. The team is made up of 16 ladies from Russia, and their talent has enabled them to rank number one. They are a team who work harmoniously together and are in absolute sync with one another and to the music that they use for skating.

The video below shows them skating in a competition called the World Synchro Helsinki that were hosted in April 2019. The ladies, all elegantly dressed in peach skating costumes, are seen starting their show, standing in three rows. They then elegantly glide and become two rows, the ladies moving in pairs. They form two rows and then elegantly skate between each other.

They sometimes skate in pairs, sometimes in groups of four, but always keep entirely in sync with each other and the music. As they continue the routine, the audience starts clapping along with the music, encouraging them. They end their routine beautifully and suddenly, with their arms raised high. The audience appreciates them with a round of applause and cheering.