In one of the strangest cases of animals bonding for life, anglerfish literally attach to each other forever. Watch the first-ever video of this incredibly disconcerting mating ritual. 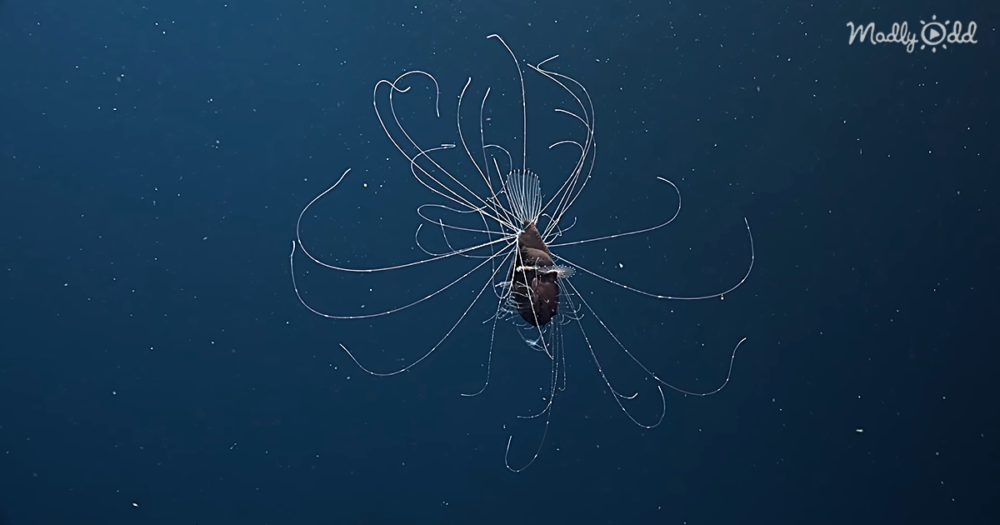 This is a fanfin angler fish, or rather a pair of fish. You see, the female of the species is much larger than the male, and when they mate the male attaches permanently to the female. He feeds off of her, and she receives sperm to fertilize her eggs. It’s what they call a parasitic relationship in the animal kingdom.

Living deep in the ocean at a depth of 800 meters, this strange sea creature has a difficult time finding food. That’s why it’s been built with a cloud of feelers all around its body, which can detect possible prey as it floats around underwater.

This is the first time that an angler fish mating ritual has been filmed. The reason this is the case is that it’s difficult to get diving equipment to such an ocean depth without damage. Luckily the team filming this came with specialized technology and a sub that could take them down as far as they needed to go.

The fanfin angler fish forms a permanent bond with its mate. Once the male finds a female, he bites her, eventually fusing with her tissue and gaining sustenance through her bloodstream. That’s one way to have a long-lasting relationship. Plus she’ll never wonder where her partner is in the middle of the night. 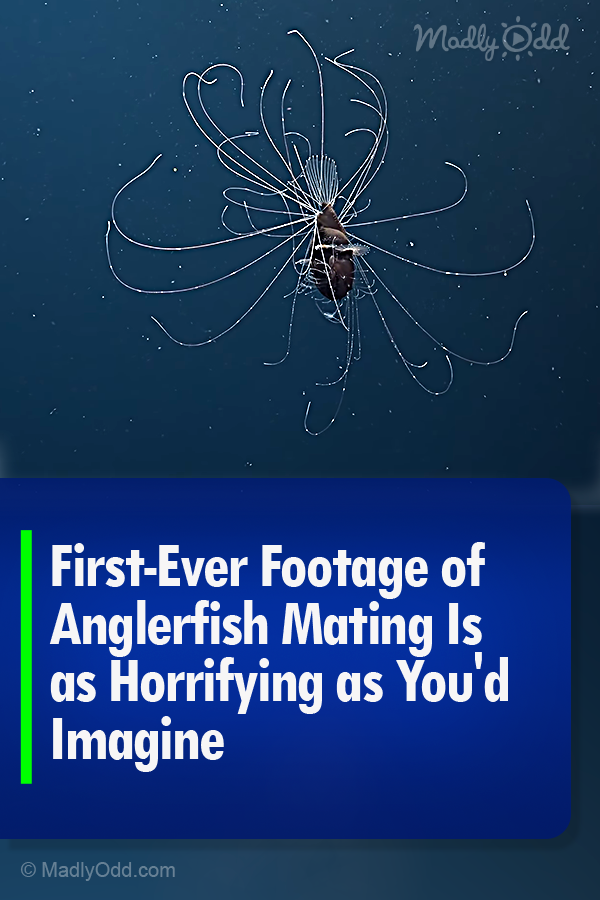