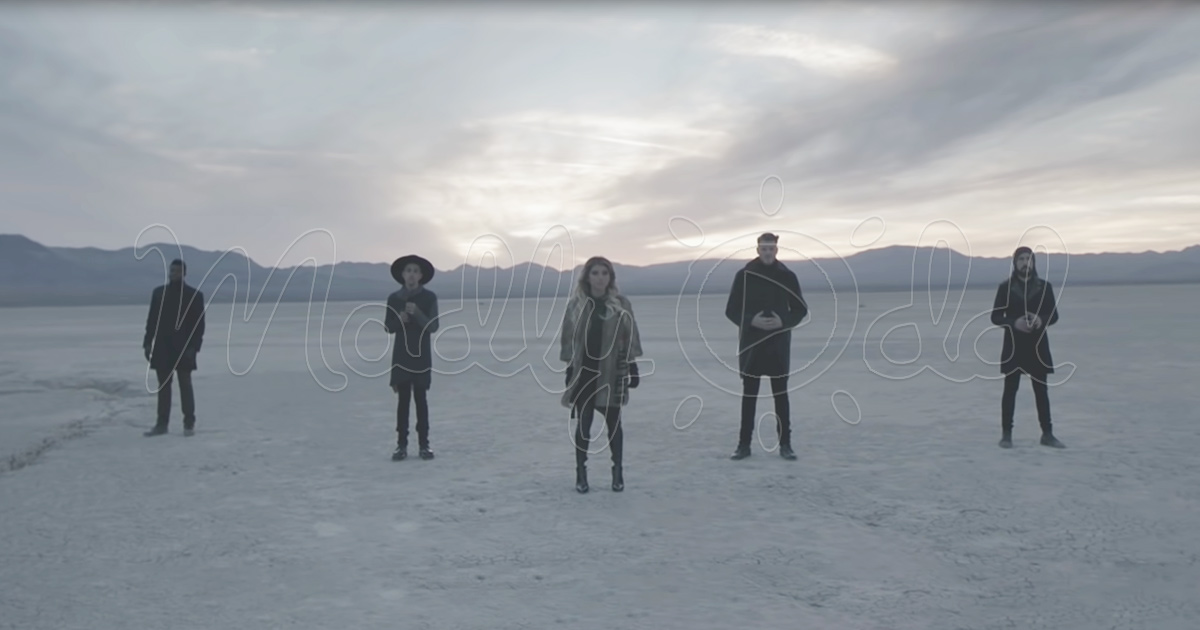 The voices you are about to hear are breathtaking and astounding. These are not auto-tuned or studio-tweaked. I can tell the differences between those very quickly. No, this is the real deal, folks…

No, when I hear these extraordinary talents, I tend to sit bolt upright upon the first couple of notes. “Whoa.” Yes, they have my attention, and it’s not going to go away until the song is over like this version of “Hallelujah” by the acapella group Pentatonix.

We see four band members, all men, walking together in a desert setting towards a fifth member, who is standing by herself. Their vocal range is fantastic, from deep bass to soprano. The care that they put into arranging the song is evident.

One of them even does a great beatbox at certain parts of it. While I generally like instrumental music, hearing how just using vocal cords and parts of the body can make some great sounds is illuminating.

Leonard Cohen, the man who wrote the song, passed away shortly after this song was performed. That’s what makes this sound even more beautiful and ethereal. I don’t know if Cohen heard this version before he passed, but I’m sure that if he had, he would have been smiling and tapping his feet to the beatboxing. This was a beautiful homage to a musical legend.

While this was included on a Christmas album, it could easily slide into any Cohen tribute album as well. This isn’t just a seasonal song, anyone who appreciates the genius of the man who wrote it can listen to this anytime.