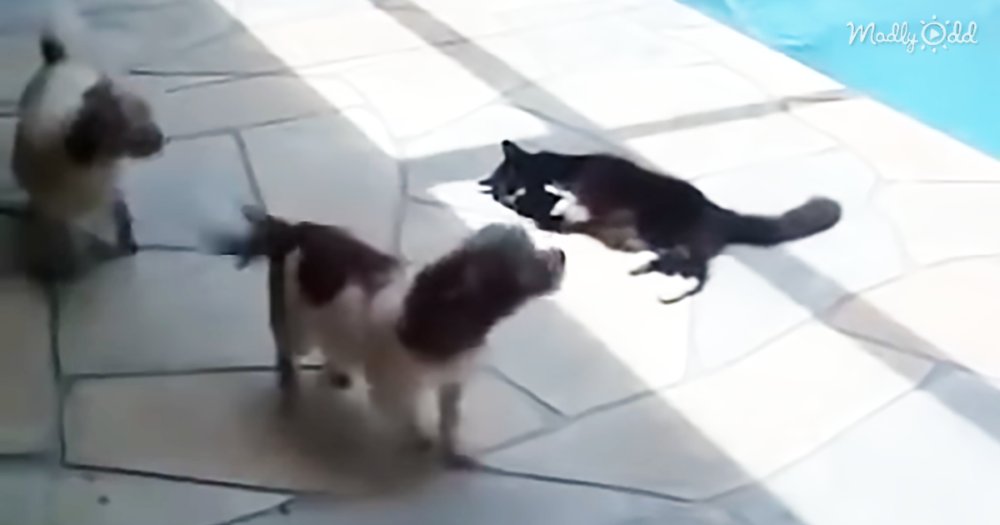 If anything is sacred for a cat, it’s their daily snooze session in a sunny spot. Whether stretched out luxuriantly or perched in a compact stance, basking in this warmth is one of any cat’s favorite activities. It might seem an odd choice of recreation for someone who wears a fur coat year-round, but cats are sometimes a bit strange.

The feline love of warmth and tolerance for high temperatures is doubtless something they inherited from their desert-dwelling ancestors. It’s a way for them to conserve energy: let the sun do the work rather than their metabolism. Warmth, in general, can make a cat feel happy and secure. 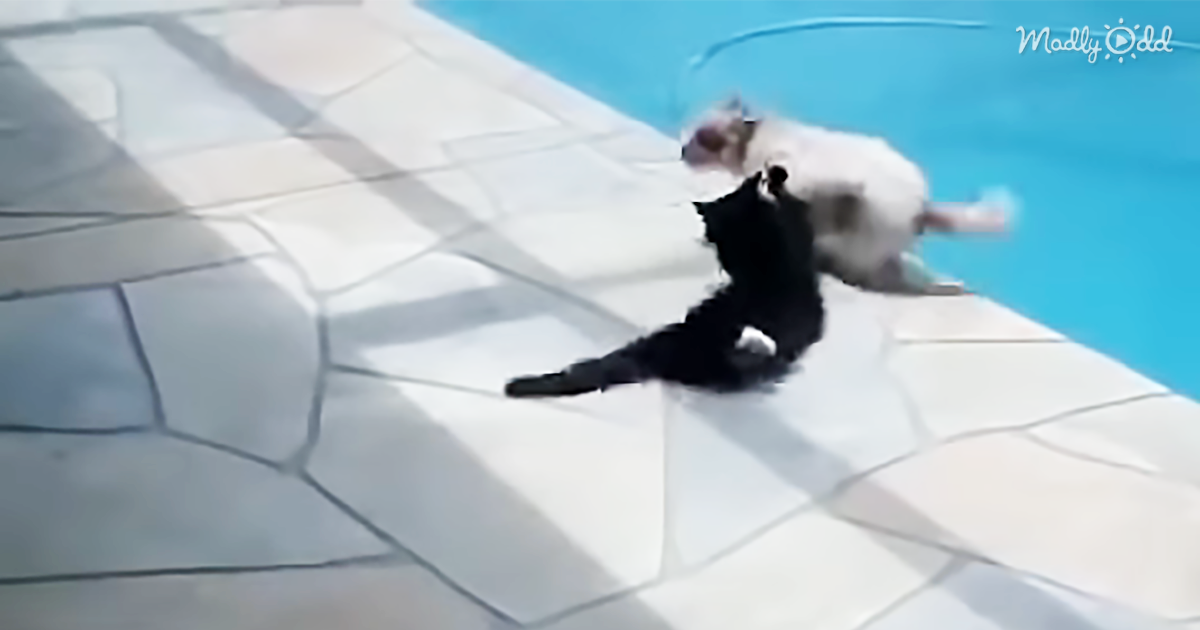 So imagine how annoyed a cat would be if it was lying there minding its own business soaking up the rays and a couple of pesky dogs wanted to “play.” A dog’s yapping is bad enough when you’re trying to take a catnap, but it’s even worse in stereo. You might think to yourself, “Why can’t these dogs just relax and savor the moment? Don’t they know a nap would do them a lot of good? Do they have to jump around like that, getting in MY sunlight? Maybe if I ignore them, they’ll go away…”

You’ll see just this scenario play out in the video we’ve posted below. A tuxedo cat is enjoying a sunny spot near the pool when a couple of adorable and energetic puppies turn up. The cat tries the usual swatting, but the puppies don’t quite get the message. So, the cat has to resort to shoving one of them into the water! It’s hilarious, especially because the cat still manages to look a little bit lazy while doing it.

This is one of the funniest videos I have seen in a while. The dubbed voice-over just adds to the hilarity of the whole scene. Pretty sure those pooches are going to leave their feline friend alone next time. 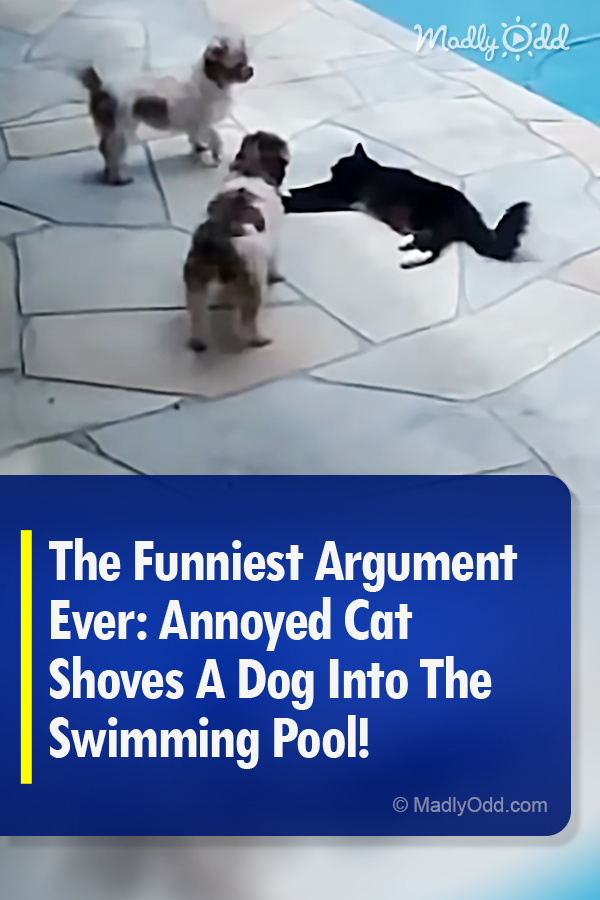