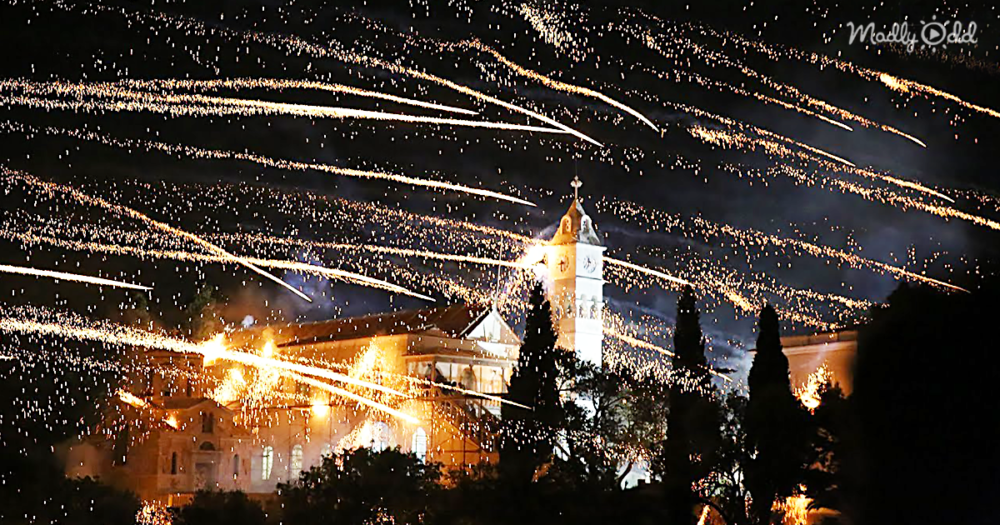 Churches are usually sacred, holy places, which most societies treat with the utmost respect – firing projectiles at them is not a good idea and will likely lead to consequences in this life and the next. The annual Rouketopolemos or ‘rocket war’ festival, in the sleepy Greek village of Chios, on the island of Vrontados, provides the exception to this rule, when rival church congregations fire more than 50,000 fireworks at the opposing church.

The long-standing tradition dates back to 1889 when the Ottoman empire banned worshipers from celebrating the resurrection of Jesus Christ. Fortunately, the crafty islanders had a solution, staging a fake war with cannons and fireworks, to distract their Ottoman overlords and allow both congregations to celebrate Easter in peace.  It has taken place every Easter Sunday ever since – save for a brief ceasefire in 2016, due to health and safety concerns and lawsuits. 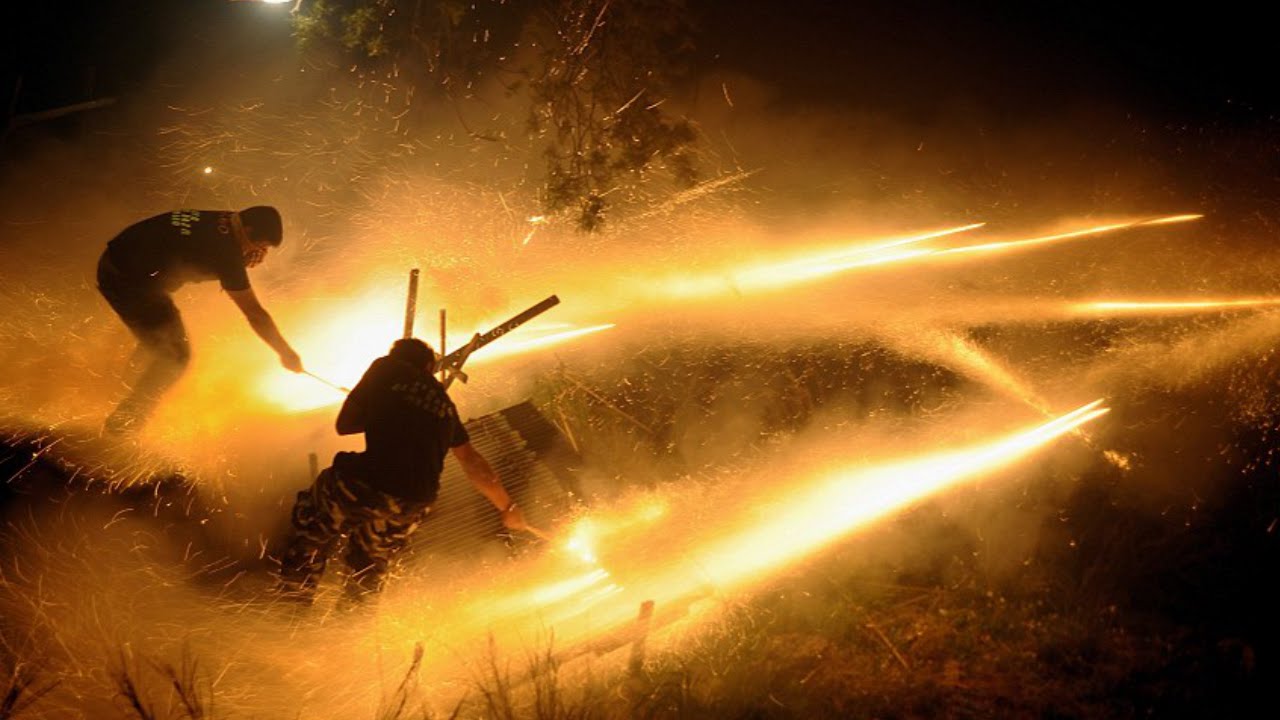 The aim is to hit the bell tower of the opposing church, which clearly can’t have happened that often given the number of rockets fired and the excellent condition of both bell towers. However, it is definitely a mesmerizingly beautiful sight, as the islanders turn Chios into a warzone and thousands of fireworks illuminate the night sky.

Most of the rockets are homemade and some villagers spend all year preparing them. As with everything in life, some take it more seriously than others – with some teams building 20ft high scaffolds to launch thousands of rockets off, and others just launching a few from the ground. A brief ceasefire is called at 23:30 to allow brave worshippers to enter each church, before it restarts again, while the parishioners take the Easter Mass.

The annual festival of Rouketopolemos, where congregations from two churches fire more than 50,000 fireworks at each other on Easter Sunday. It’s 125 years old and is undoubtedly one of the strangest Easter celebrations in the world.

At the end of Rouketopolemos, both sides attempt to count the number of hits on each bell to decide who has won. However, this is impossible – thus, they decide to call it a draw and agree to a rematch next year. 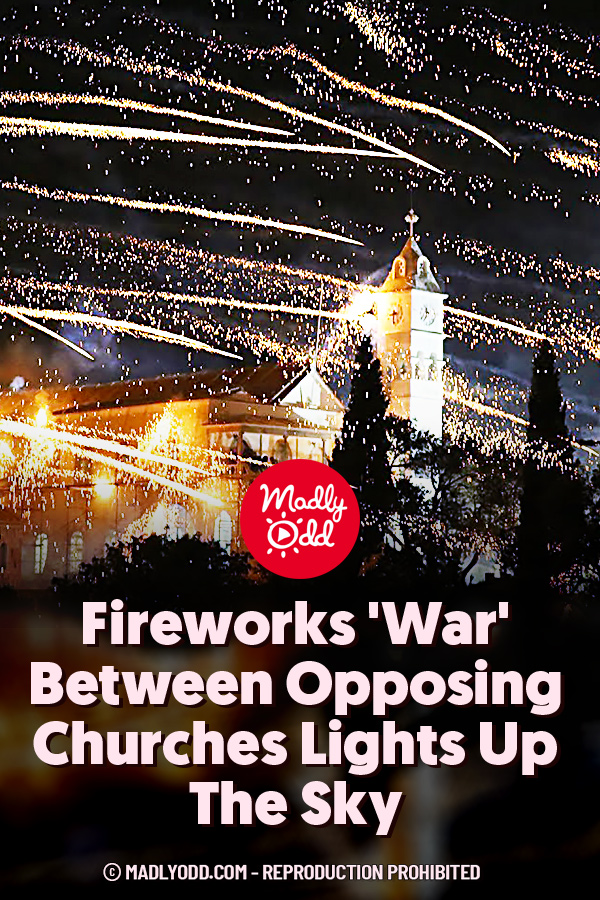