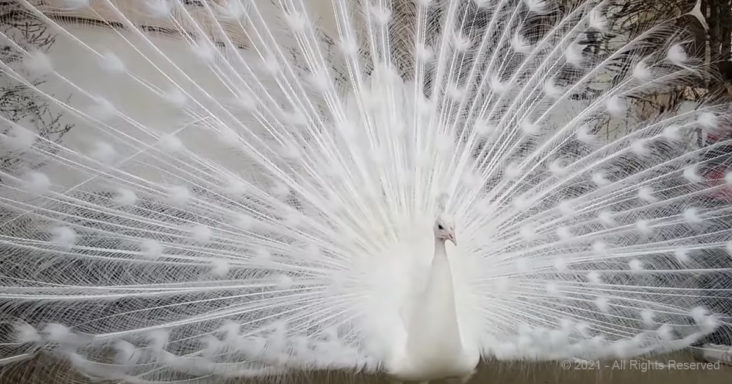 In nature, it’s true that rarity and beauty can exist together. The Indian Peafowl is among one of those creatures that can back that statement up.

White peacocks are rare but beautiful. And when they ruffle their feathers, the males are showcasing their dominance.

When watching them close-up, they are intriguing to see. Especially when they are captured on video.

The Indian Peafowl is all white and has a total of 150 feathers that are extended on their tails alone. One of their most striking and distinguishable features is their blue eyes.

While the peafowl does produce pigment, it doesn’t go to their feathers. For this reason, that’s why their eyes are colored the way they are.

When the male quivers and asserts its dominance, it sounds like a drumroll. And that means he’s ready to mate with a female. 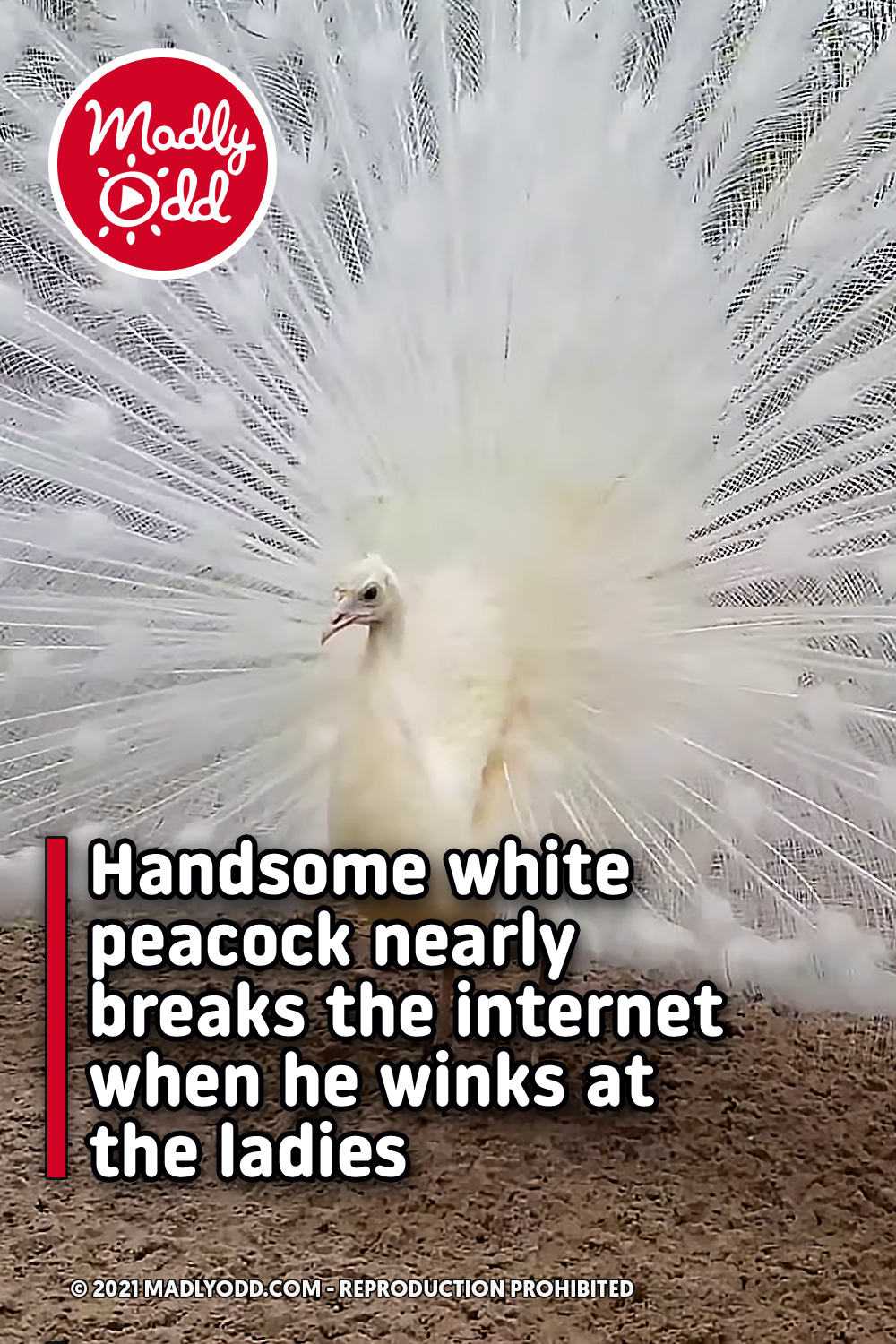