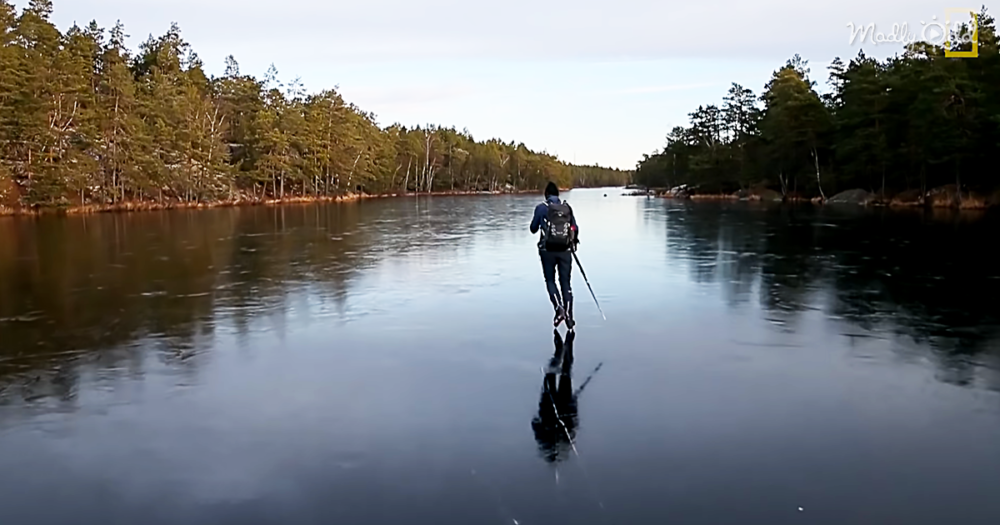 “Wild ice skating,” or “Nordic skating” as it is now known, is taking ice skating to its extreme limits. The basic idea is to try and skate on as thin ice as possible, without causing the ice to break and fall into the freezing water. This extreme sport is practised in Sweden and this National Graphic short film was captured on a small lake outside Stockholm.

It is not like blindly jumping of a bride like bungee jumping. It is based on very scientific information gathering and evaluated before the skater will actually venture onto the ice. Aspects like temperature, atmospheric conditions, how long it will take for a lake to freeze over and the smoothness of the surface are all considered and even satellite images are utilized for info gathering. 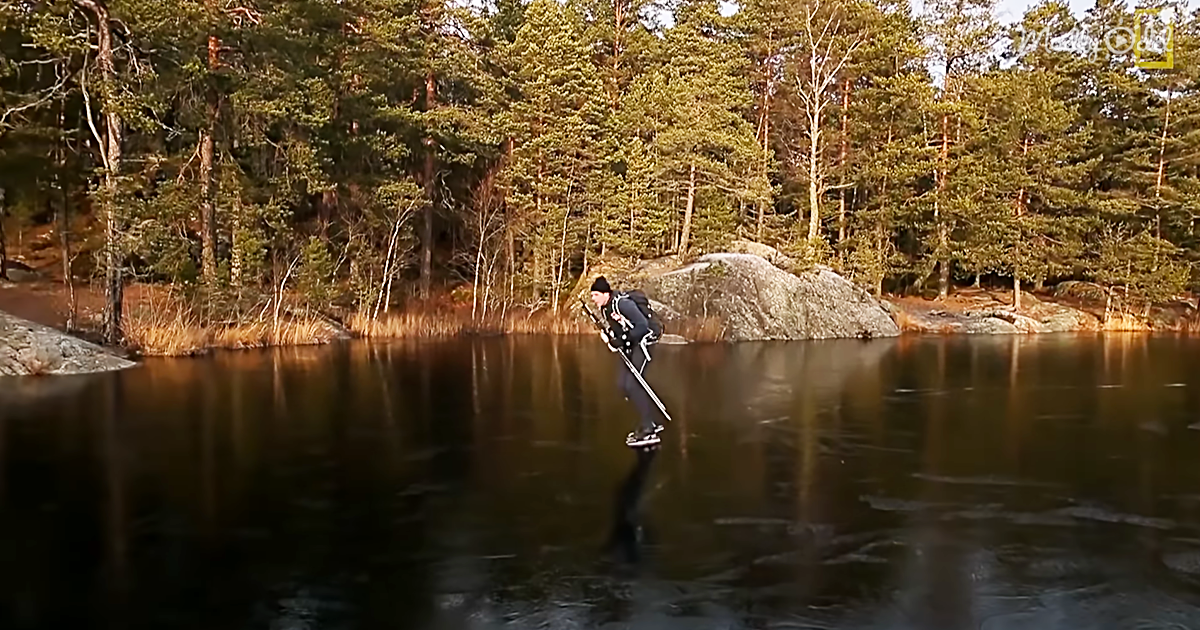 As falling through the ice can and still does occur, skaters always go on long-distance skating, on this thin and untouched ice, in groups. The ultra-thin ice, which is known as black ice, is extremely slippery and near completely transparent and is the most deadly type of ice on any road surface. This is, however, the exact type of ice these daredevils seek out for their extreme sport. So shouting “go fish” on such an outing, will probably not be considered a joke.

They know they are hitting the right spot if the skaters on the ice make a very distinctive sci-fi lazar gun like sound, as the skate blade swishes over it. It is very much like mountain face climbing. Experience the open free nature, in potentially life-threatening conditions, pushing the limits of safety up a needle point, however in freezing conditions and at super fast forward speed. So it is more like froze mountain face climbing, trying to set a speed record. It literately takes “skating on thin ice” from metaphor up to an extreme sports level, with sci-fi sound effects. 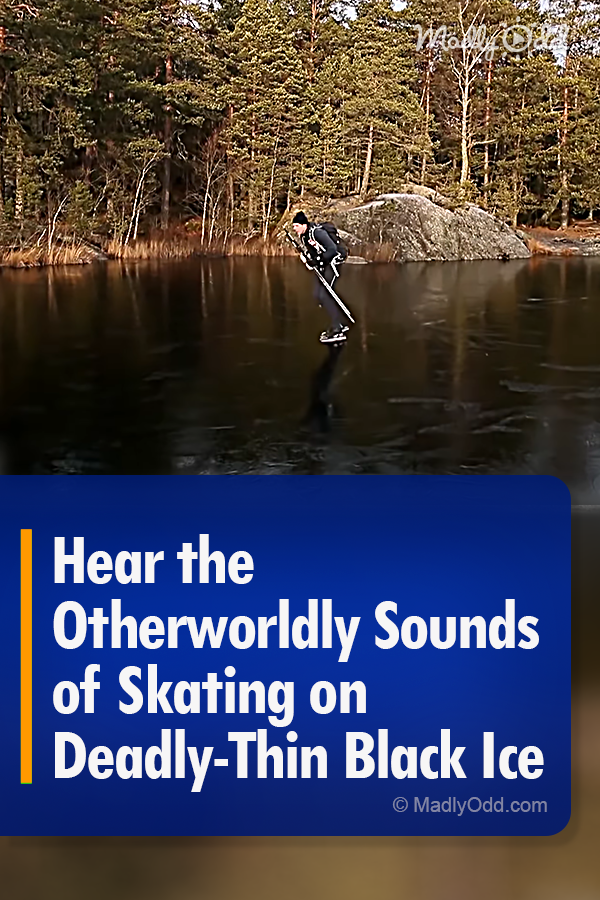