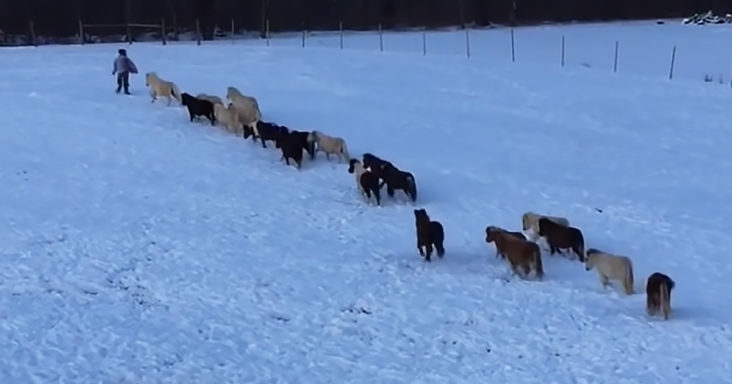 “Have snow, will sled” is the mantra for many kids living in snowy areas. It turns out that miniature horses have a similar philosophy in life.

After the first snowstorm of the season had filled up the hill with enough snow, a couple of kids decided to go sledding with the ponies. And their grandma got the whole thing on camera.

The little boy tucked his sled under one arm and slowly ascended the snow-filled hill. However, the ponies also had a plan of their own in their minds. They decided to follow the little boy uphill. This amazed the grandmother, who suddenly shouted in enthusiasm, “Follow the leader.” 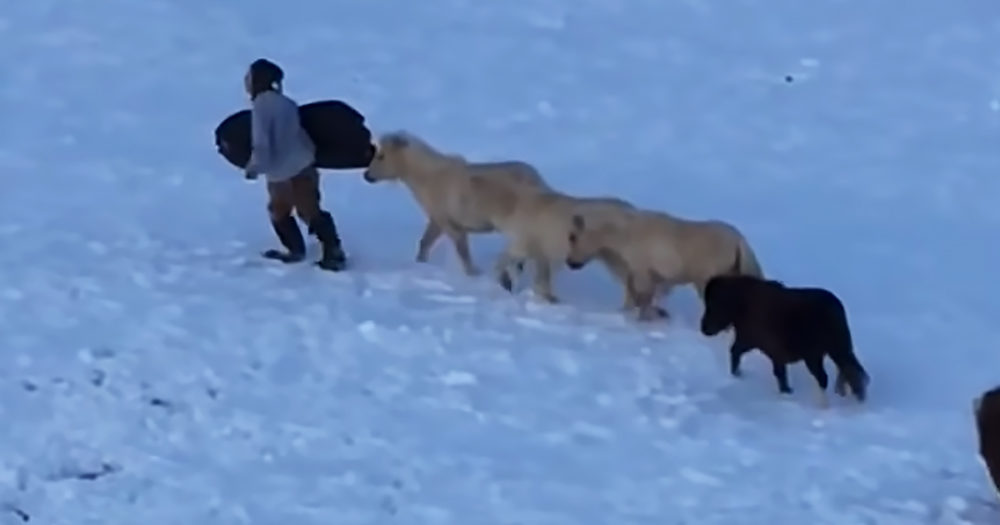 After reaching a sufficient height, her grandson laid down on his sled and made his swift descent downhill. This excited the ponies so much that they decided to race him to the finish line.

Although the boy’s sled came to an abrupt stop halfway downhill, the ponies continued to race down in excitement. When they found out that the boy was not amongst them, most ponies returned to check on the boy.

After satisfying that the boy was fine, the ponies decided to play amongst themselves on the snow-clad hill. Some of them raced together, while some chose to nudge and playfully poke against each other.

Most of us know about the fantastic bonding that happens between kids and animals. And this video takes that to another level. 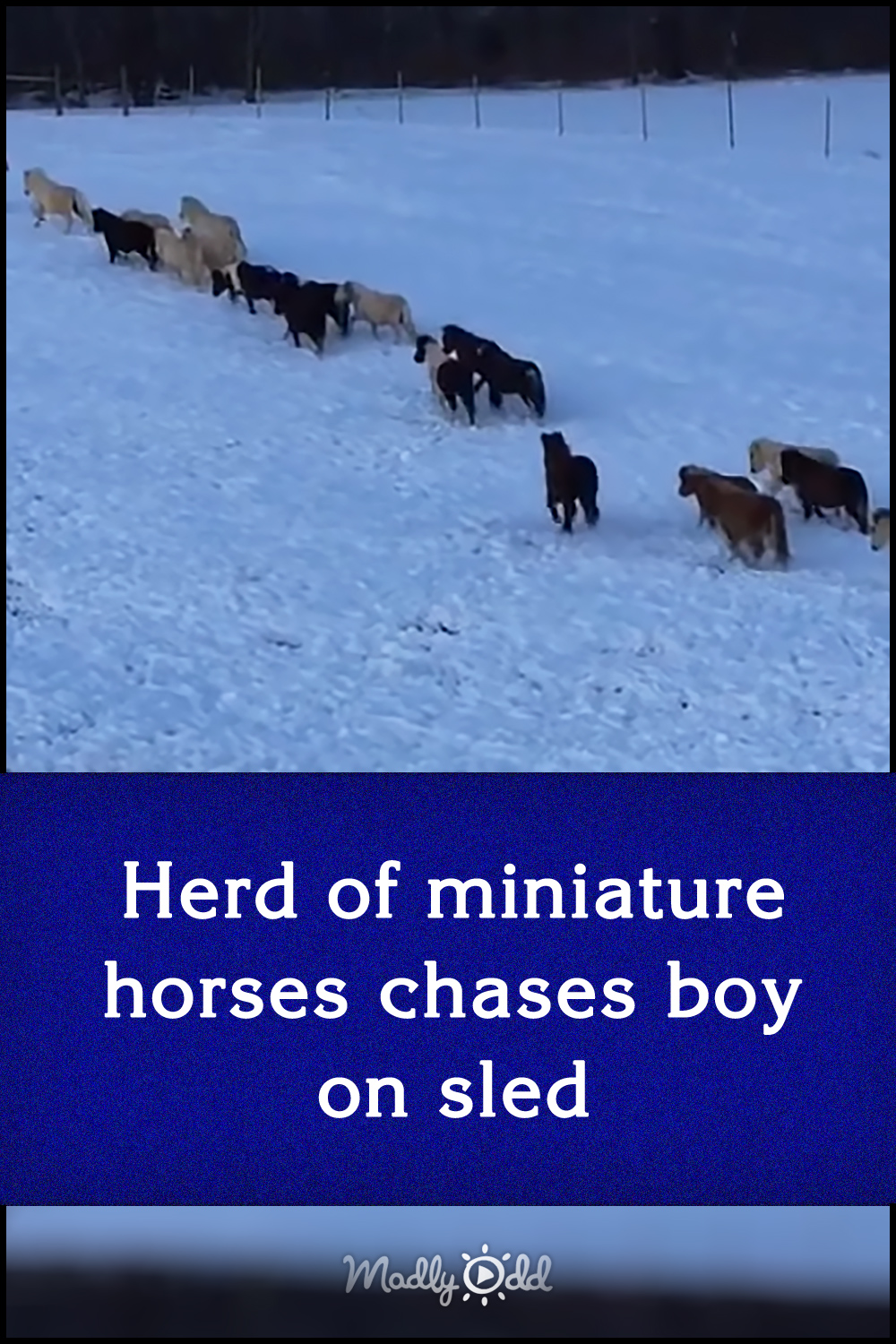