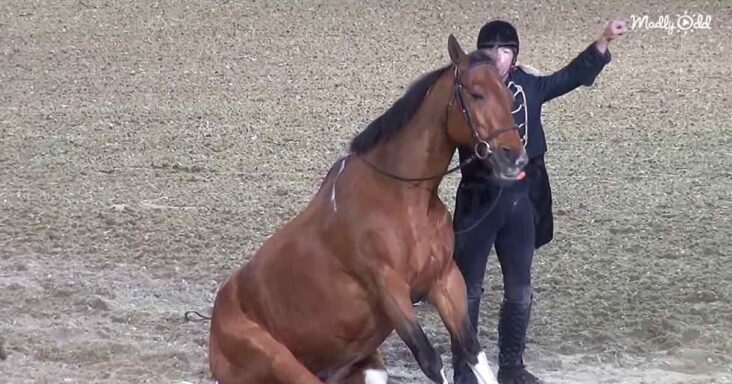 Training your pet dog or cat to listen and follow your instructions may not be as difficult as it may sound. However, when training horses to listen to instructions, things may get more challenging than you can anticipate. 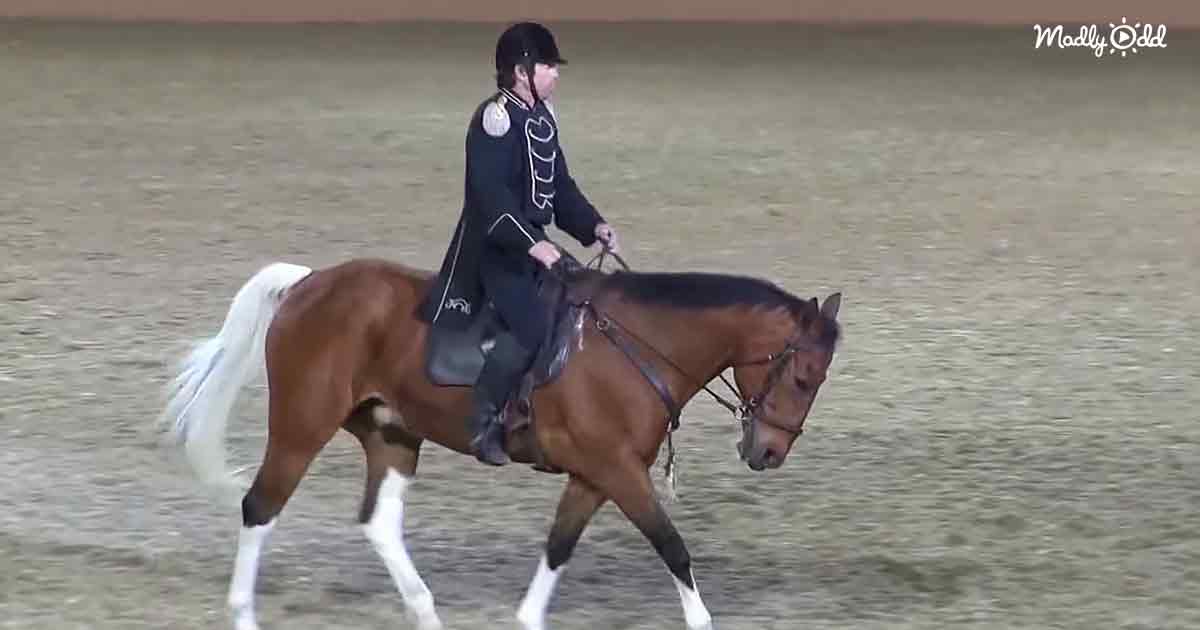 Tommie Turvey was from Equine Extremist. He was an acclaimed stuntman and a life-long horseman. Turvey used to train horses for live performances, movies, and some of his clients. Recently, Turvey performed live at the 70th Annual Del Mar National Horse Show.

Turvey performed at the Del Mar National Horse Show with his beloved horse Pokerjoe. The horse was loved by the audience for his adorable comedy acts, which earned him the distinction of a Breyer horse model. 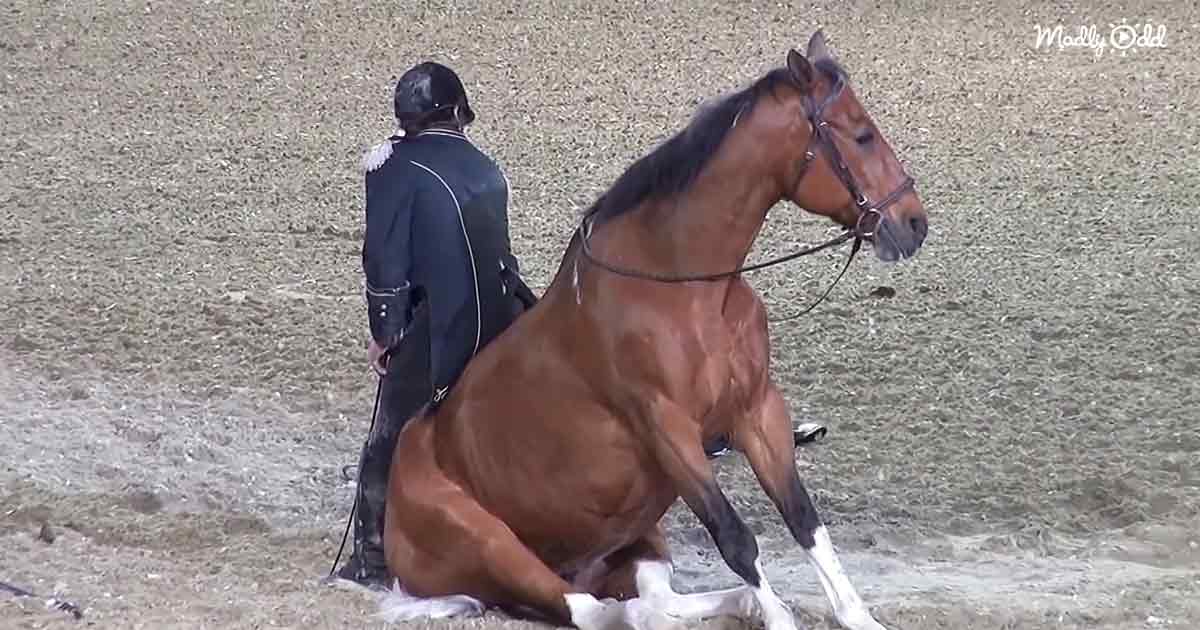 After Tommie Turvey and Pokerjoe’s names were announced at the National Horse Show, the horse trotted in the arena with Turvey sitting on top.

After saluting the audience, Pokerjoe snapped open his saddle, making Turvey fall down from the horse’s back. Seeing him down, Pokerjoe started kissing him out of sheer love. After a while, Pokerjoe fell down on the ground as a part of the act. This seemed to make Turvey surprised. 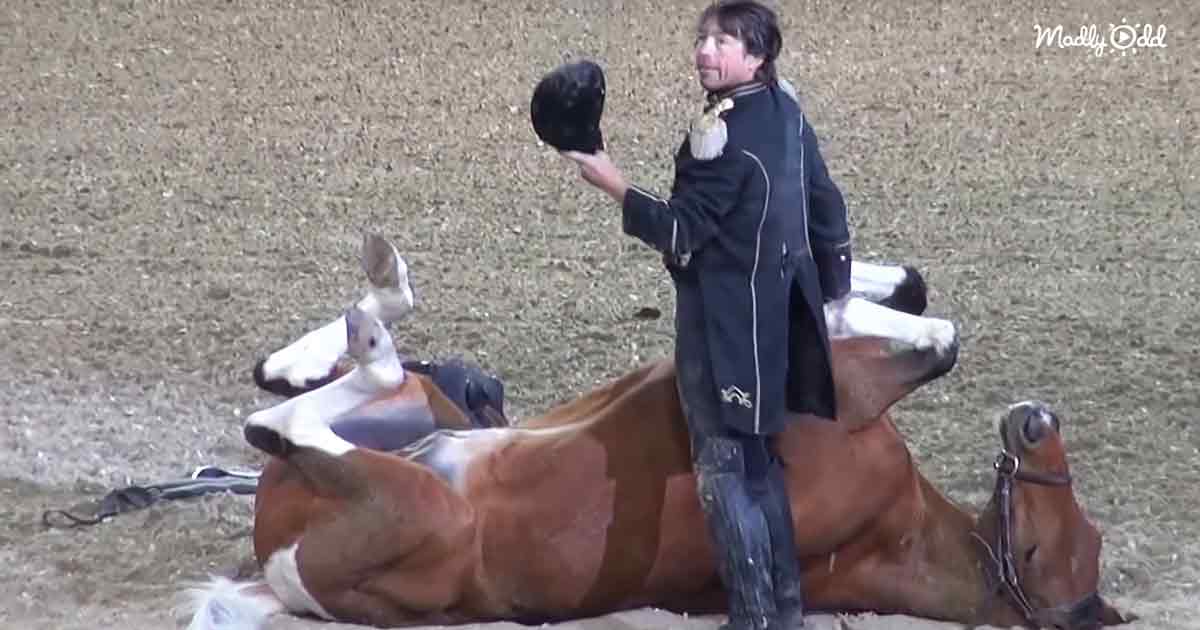 Turvey tried several ways to make the horse stand on his feet again, but all his attempts failed. The techniques implemented by Turvey to make Pokerjoe stand made the audience laugh hysterically. Different types of songs were played in the background. This made the duo change their acts accordingly.

Once the horse stood up, Turvey tried to get on the animal’s back several times. However, Pokerjoe had other plans. He refused to allow Turvey to sit on his back and soon started chasing his rider around the arena. Turvey finally jumped over the arena boundary to save himself from the galloping horse.

The duo did several acts to amuse the audience present at the National Horse Show. Finally, Pokerjoe walked out of the arena after the end of their act, with Turvey lying down on the horse’s back, waving a white flag as a sign of peace with the angry horse.