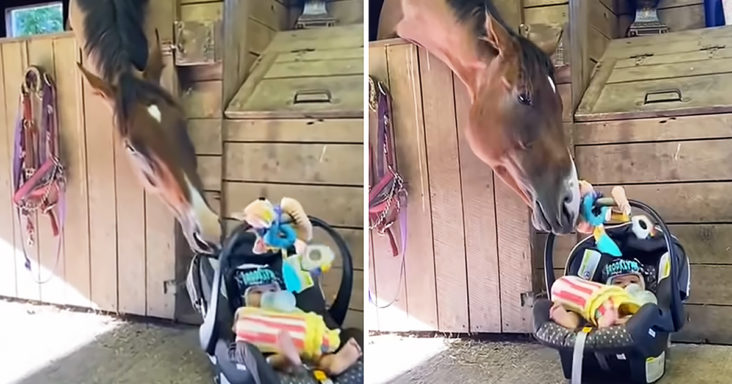 Animals can also show emotions similar to humans. For example, they react to others when they are stressed, anxious, and want to express their love. They even show empathy for all the animals.

Many scientists believe that animals are brilliant and have varying degrees of response. Unfortunately, there is still a lot more to be found in this field. However, there is a lot of evidence worldwide that shows that our non-human friends experience feeling very much like us.

One of the families who had kept their baby near their pet horse was glad to capture some sweet moments where their beautiful brown horse was trying to scoot the baby towards himself. 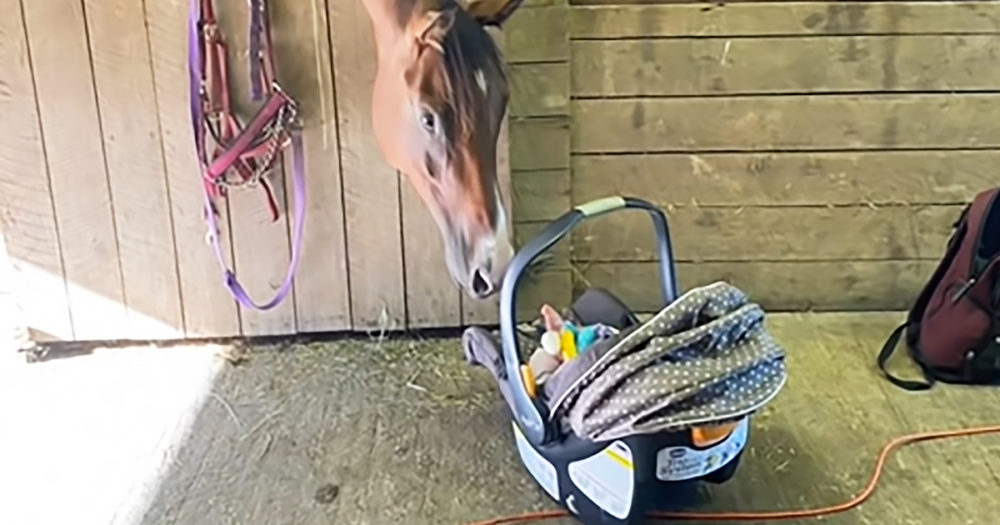 The big pony was trying pretty hard to get a glimpse of the baby and scoot the baby towards him with his mouth. However, he was not successful at first. As the rocker in which the baby was kept started to move up and down.

Later on, when he tried again, he could scoot the baby towards him with his mouth and could not see the young one facing the horse. The beautiful brown horse was now admiring the newborn.

The love of the horse for the child is very evident by the way the horse responds to the baby being kept in front of him. It is the most beautiful reaction that the horse has shown towards the baby.